There’s a four-way tie atop the standings of the Pac-12 South Division, and two of those teams, the Arizona State Sun Devils (17) and the Utah Utes (13) are on a collision course of top-rated Defensive units on Saturday in Salt Lake City. 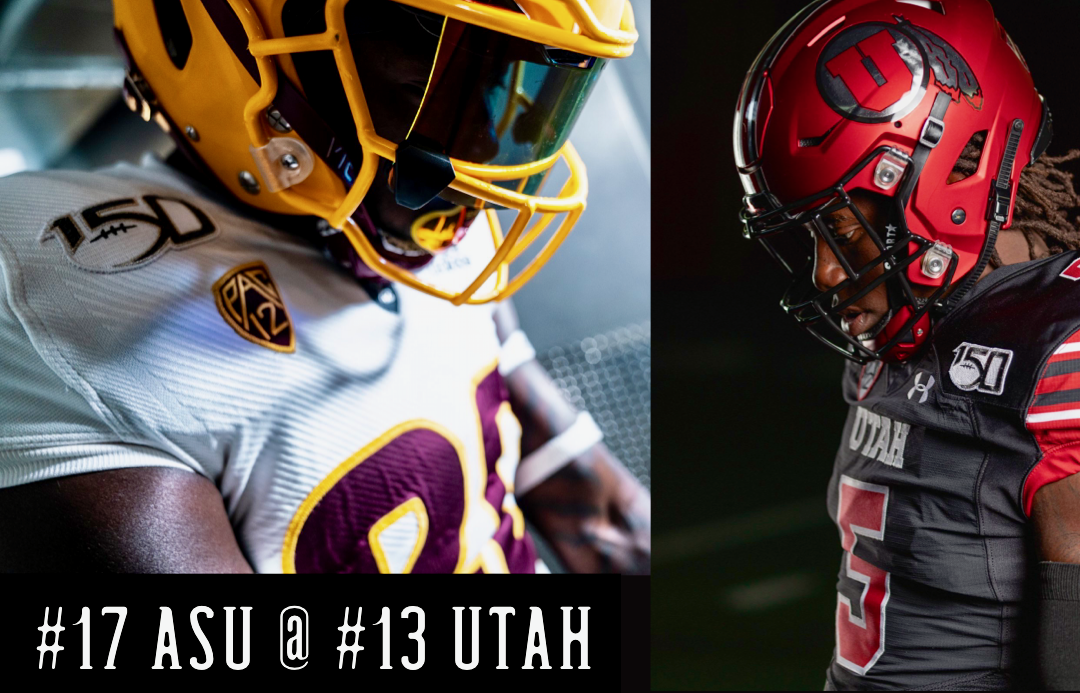 It was an awful day for Utah. They lost sole-possession of first place in the Pac-12 South, and standout signal-caller Tyler Huntley suffered a broken collarbone in the 3rd quarter which ended his season.  The loss also snapped a four-game winning streak for the Utes.

But the story last year for the Sun Devils was Eno Benjamin carrying the ball 27 times for 175 yards and 2 touchdowns while ASU rushed the ball fifty-times (50)!  Arizona State was simply more physical.

To defeat a well-coached Utah team in Rice-Eccles Stadium (4,637 ft. above sea level), Herm Edwards, Rob Likens, and Danny Gonzalez will need strong line-play on both sides of the ball and have to dig into the bench. Depth and experience are not an ally of ASU.


The Utes ball-carriers (i.e. Zach Moss) are not easy to bring down. This will be a disciplined team-tackling type of effort by the Sun Devil defense (47 of the 63 tackles against WSU last weekend were solo). DC Danny Gonzalez will have his guys flying to the ball until the whistle for 60 minutes. ASU under Herm Edwards has never quit. The Sun Devils are averaging 31 points over their previous three contests while ranking just outside the Top 40 in passing offense in that span (268.3 yards per game). Eno Benjamin isn’t going to find gaping holes in this year’s Utah Defense, but Daniels along with wide receivers Brandon Aiyuk and Kyle Williams hold the key to softening up the Utes’ stoppers.

Aiyuk is second in the Pac-12 with an average of 108.5 receiving yards per game to go with 5 touchdowns. With that being said, Eno is a huge-threat against the blitz as a receiver out of the backfield, something that was non-existent in last year’s game.

The Utes are just 82nd in the nation with over 246 passing yards allowed per contest. They can’t just stack the box against Jayden Daniels who will spread his attempts around the field. Look for eight Sun Devils to have a reception on Saturday, with 6’1” 205-pound Junior Frank Darby and 6’1” 195-pound Freshman Ricky Pearsall playing a few more snaps and contributing.  Daniels will throw the ball just over 30 times in a more balanced attack on Saturday. Look for Brandon Aiyuk, Kyle Williams and EB3 to have some big plays in the aerial game.

Danny Gonzalez’s defense has done a fine job at limiting opposing offenses to just 91.7 rushing yards-per-game (11th fewest in the Nation).  As good as Arizona State has been against the run, the Utes have been even better.

Some Food to Fork ‘Em with 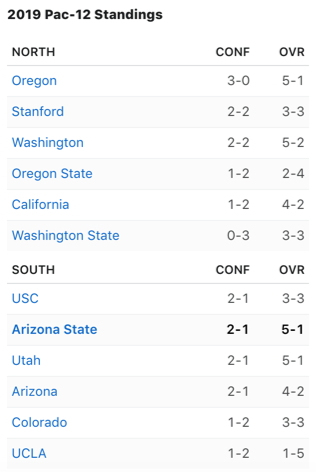 The Utes have had three freshmen start on the offensive line this season in Braeden Daniels (LG), Johnny Maea (RG) and Simi Moala (RT).  Like Arizona State, the Utes have mixed in young guys playing 21 Freshman so far this season.

Utah ranks third nationally in quarterback completion percentage (.755) and seventh in the NCAA in pass efficiency (183.38).

After getting tripped up by the USC Trojans in a 30-23 road loss last month, the Utes have won two in a row including last Saturday’s 52-7 beating of Oregon State in Corvallis.  The Utes leaned on the powerful legs of senior running back Zack Moss (5’10” 222-pounds), who exploded for 121 rushing yards and 2 touchdowns on just 5 carries. He sat out the entire second half in the route.

.@Utah_Football QB Tyler Huntley is having a career year, and a big reason is his deep cast of talented receivers, who are unanimously much more concerned with Ute wins than their own statistics. https://t.co/gF1HSQvKFH pic.twitter.com/evcRoLX3mH

Zack is the cousin of Santana Moss, an All-American at Miami who had more than 10,000 yards receiving during a 14-year NFL career. Zack has 14 games with at least 100 rushing yards, tied for most in the Utes’ program history.  He is now just 55 yards from passing Eddie Johnson (1984-88) as the Utes’ leading career rusher.

Last week, Quarterback Tyler Huntley moved the chains effectively with his arm, passing for 247 yards and 2 touchdowns on 14-of-27. He has yet to get picked this season. Huntley also hit receiver Demari Simpkins 4 times for 97 yards (24.3 per-catch) in the Oregon State game. Simpkins, Huntley, and Moss were High School teammates and all three play well off each other.

Against Arizona State, Huntley is going to need some big plays to 6’2” 205-pound Sophomore receiver Bryan Thompson if he is healthy. Thompson has 11 catches for 310 yards (28.2-yard average) and 2 touchdowns this year. 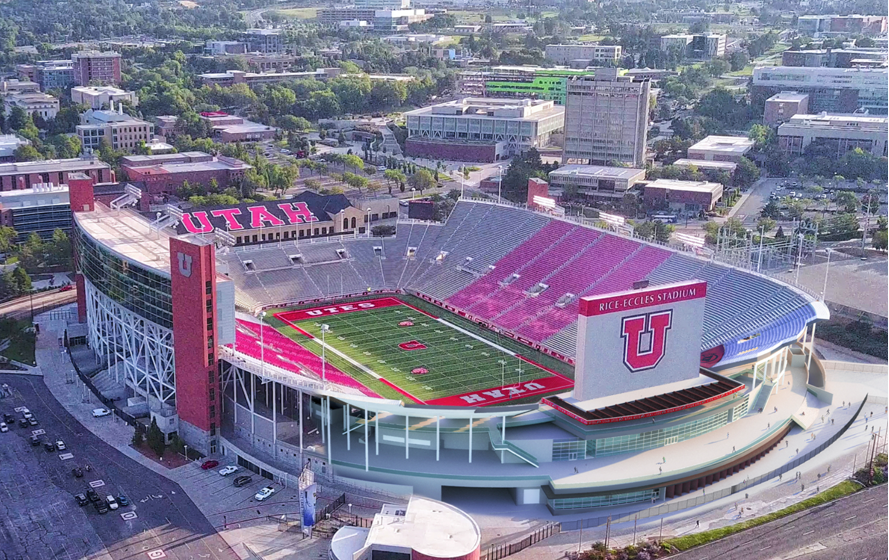 What Vegas is Saying

Utah opened as an early -13.5 favorite which is the largest spread between the two teams in their head-to-head history! This eclipses the previous high of Utah -10 back in 2017 (ASU 30-10 Utah). The spread has moved to -14 for Utah in Saturday’s game.

The Utes entered the 2019 season as the heavy favorites to repeat as the Pac-12 South Champions. For the first time, they were also picked to win the Pac-12. They lead the conference in preseason All-Conference selections and First-Team selections.

Yes, Zach Moss is a headache to contend with when he is healthy. Yes, Tyler Huntley is an athletic Quarterback who can chuck-it downfield as well as run with the ball. Utah has had a highly-touted defense for years, allowing 13.2, 19.4 and 23.2 points per game over the previous three seasons.

Head Coach Kyle Wittingham is 21-12 to-date in his last three seasons at Utah with said heralded defensive units. He is a brilliant football mind, but the Utes have to play the game, not Coach Wittingham. Arizona State has three-receivers who can get behind defenses and a quarterback that regularly hits six or more targets per game. Against Washington State, Jayden Daniels connected with Brandon Aiyuk for touchdown strikes of 40, 86 and 33 yards. The 86-yard score was the eighth-longest passing play in school history.

Utah has had five or more players attempt at least one rush in every game this season, including a season-high 10 players against NIU (5 at BYU, 7 vs. Idaho State, 7 at Oregon State, 8 at USC, 9 vs. Washington State, 10 vs. NIU).

Jayden Daniels has not played many cold-weather games in his High School or College career but is yet to shy away from the big stage. Now add in the potential for rain on Saturday (40 percent chance) at 4,637 feet above sea level. This will be another hurdle for ASU’s young and smooth operator to leap. Arizona State has speed all over the field and both their Defensive Backs and Safety units can outright tackle and break-up routes. This will provide Defensive Coordinator Danny Gozales added time to get to Tyler Huntley. My guess is 2 sacks for the Devils. Also, look for ASU to have six tackles for a loss while keying on Zach Moss and Utah’s running back by committee early.

The best possible warm-up for Arizona State was the quick release passing-game by Washington State’s Anthony Gordon last week. Outside of two mistakes that cost the Sun Devils 14 points, ASU’s defense kept the Cougars in front of them all day long. The difference between Gordon and Huntley is the Utah Quarterback can pass on rollouts and run effectively for important yardage.

This is a payback game for Utah. Without a doubt, Tyler Huntley will make some big plays. I just don’t see Zach Moss carrying the load for the Utes in this one. 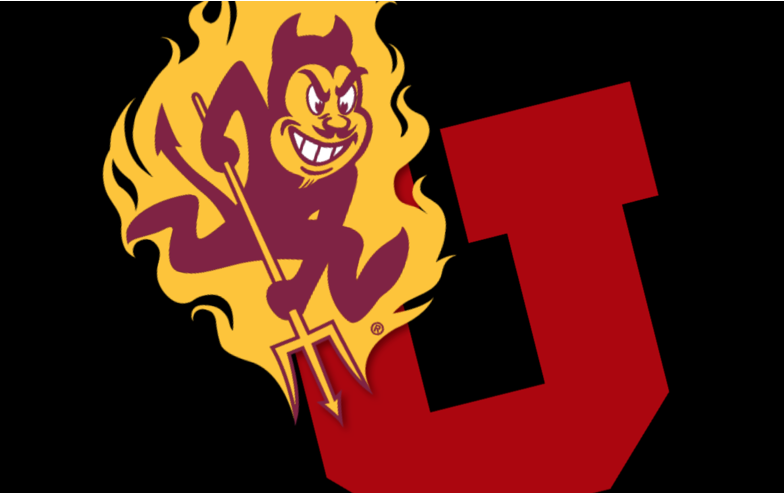 Friends, this one is going to surprise the pundits. Eno Benjamin is playing with the swagger of a man possessed.  He is going to explode for his biggest game from scrimmage this season, and I expect Eno to have 26 touches or more. I see him with 25 runs and 5 or more receptions to keep the Utes honest. With that, Utah will have a challenge focussing on Brandon Aiyuk with Daniels and Benjamin effectively running and working the short passing game.

Furthermore, Likens will use Aiyuk as a decoy on some mid-range routes for other receivers and prescribed delayed sneaks by Jayden. Kyle Williams and Frank Darby will contribute. By the way, has anyone seen the Sparky formation in a while?

Utah’s Strength Of Schedule is -3.11, ranked 98th out of 130 NCAA Football Teams. Arizona State has defeated two ranked opponents on the road and currently has an S.O.S. of 1.23, good for 49th nationally.

Remember, this is a game of inches. The Sun Devils believe in themselves and their young leader at QB, Jayden Daniels. That intrinsic motivation is impossible for a computer to measure. 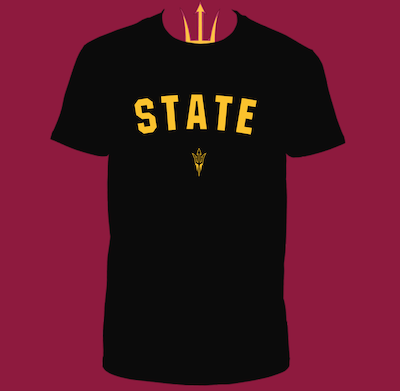 STAYTRUE Apparel Co – Only a Sun Devil knows the feeling

“Yeah, but let’s make it perfectly clear: It was a pretty tight game going into the third quarter, and then the quarterback (Utah’s Tyler Huntley) got hurt. And that, all of a sudden, is tough for anybody, the quarterback goes down. We were able to run the football, and I think the heat got to them, wore them down some. It was a very physical game, I do know that, for both parties. And a lot of the players that were here last year are not here on defense. You know what, on offense too. So it’s a different group. These guys are a really good football team. I think they were picked to win the whole (league), and I can see why. It’s a veteran-laden group, they’ve played together for a while. And this is going to be tough going there, on the road. It’s going to be probably under 60 degrees it sounds like. Our guys haven’t dealt with that. We’re trying to get the [Verde Dickey Dome] turned down to 50 degrees.”