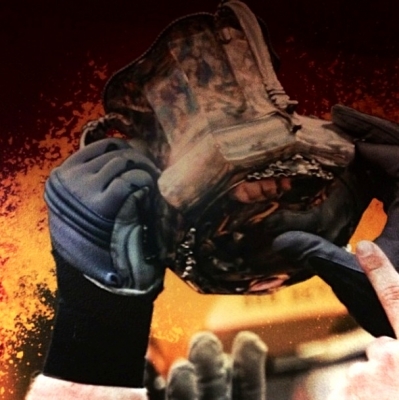 Tempe, AZ – The 2013 Territorial Cup will stay in Tempe for another year.

On Saturday night, the #11 Arizona State Sun Devils went to work and dominated the Arizona Wildcats in front of a sold out crowd at Sun Devil Stadium.

There was plenty of hype heading into the game after Arizona beat top ranked Oregon the previous week, along with ASU trying to secure home field advantage for the Pac-12 Championship game.

The Sun Devils came out determined, focused and prepared to dismantle the Wildcats, and that’s exactly what they did.

Here’s how the DieHard Storyline played out in the 2013 Territorial Cup.

“DJ Foster will attempt to match Grice’s production, both rushing and receiving out of the backfield. A healthy dose of RB Deantre Lewis will be needed to manage the number of carries Foster gets between the tackles. It will also allow D.J. to line up in his customary slot position where he presents a tremendous match-up advantage for ASU.” – DieHard Storyline

Any concerns about whether or not D.J. Foster could step in for Marion Grice were erased by the end of the first quarter. Foster came out fast and furious and finished the game with 23 carries for 123 yards and 2 touchdowns. However, the other impact player in the backfield wasn’t Deantre Lewis who left the game with an injury, it was 6’3” / 230 lb DeMarieya Nelson. Nelson provided power in short yardage situations with much success (8 carries / 35 yards / 1 TD). 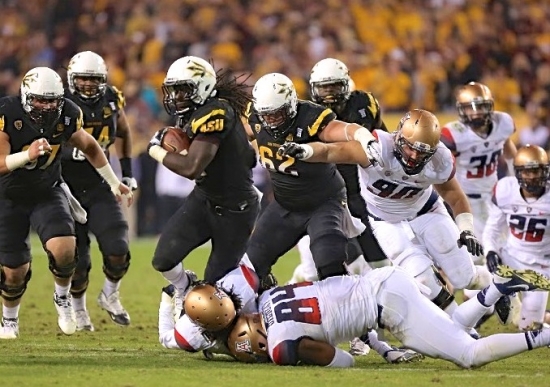 “The ASU defense will have its hands full containing running back Ka’Deem Carey. He is explosive out of the backfield, and the Wildcats will be relying on him heavily tonight. Containing BJ Denker in the pocket is no easy task. He is very prone to taking off with the ball for yardage or throwing on the run. Forcing Denker to throw under duress and keeping him pinched in the pocket will go a long way in stalling the Wildcat offense.” – DieHard Storyline

Ka’Deem Carey got his yards (32 carries / 157 yards / 1 TD) but didn’t have much of an impact until the second half. Carey was visibly frustrated as the Sun Devil defense stopped the Wildcats on 3 fourth down attempts. Although he broke loose for a few big gains, QB BJ Denker was contained for the majority of the game. Will Sutton and Carl Bradford applied plenty of pressure to either sack Denker or force him to make ill advised throws. Defensive backs (Alden Darby, Osahon Irabor & Damarious Randall) had 3 interceptions, but none was bigger than Randall’s pick-six which stole any momentum that UA had built in the game. 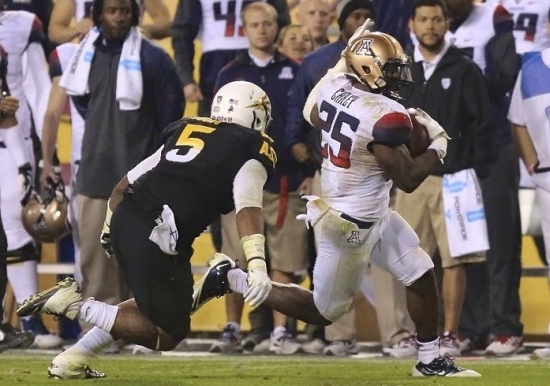 The Sun Devils are hitting their stride at the right time, and their confidence is at an all time high. And now, something we thought was impossible a few weeks ago has happened. ASU is hosting the Pac-12 Championship game at Sun Devil Stadium this Saturday. #7 Stanford is the last team remaining between the Sun Devils and the Rose Bowl.