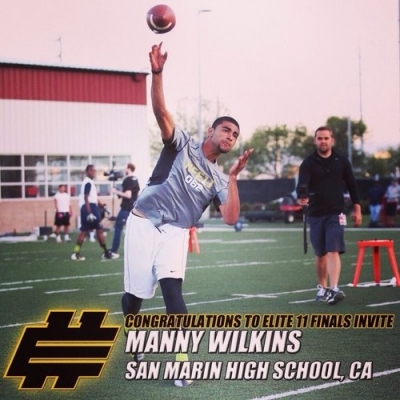 Sun Devil Commit, Manny Wilkins, was invited to the ELITE 11 Finals, which features the top Quarterbacks in the country.

As posted on AZFamily.com

After missing out on a quarterback in the last two recruiting classes, Arizona State secured a good one late last week. Now the future Devil joins the premier podcast for ASU football to talk about his choice.

Manny Wilkins, the heralded 4-star prospect out of San Marin HS in California, announced that he has committed to the Sun Devils. He joins the Speak of the Devils show for an in-depth interview on a wide variety of topics that every ASU fan should hear. Wilkins discusses what Coach Graham’s sale pitch was like, what skills he brings to the table, how he fits into the offense, and much, much more. He even tells listeners why they shouldn’t worry about a repeat of last February’s Josh Dobbs drama.

They are also joined by Hod Rabino of DevilsDigest.com for a very thorough update on Wilkins’ impact and the latest from the recruiting trail. 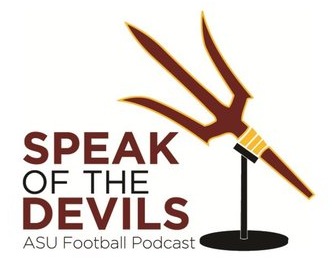 Speak of the Devils Podcast is hosted by columnists, Joe Healey of DevilsDigest.com and Brad Denny of Channel 3.

Joe comes from a broadcasting family. His father is Tim Healey, who since 2009 has been the radio play-by-play voice for ASU Football, Basketball & Baseball. Brad Denny was the top staff writer for the House of Sparky website from SBNation.com and is now a Sportswriter and the Social Media Manager at Phoenix’s KTVK Channel 3. Both are trusted sources for analysis on ASU Football topics of interest and program developments. They also provide fans with interview segments that include Sun Devil players, coaches and ASU Legends as well as other media experts covering Sun Devil Athletics.

Their podcast has covered the Sun Devils since before the kick-off of the 2011 Football season. This is their 64th Episode. You can access this 64th episode via iTunes or Stitcher Radio.