J.B. Fuqua believed any obstacle could be overcome with dedicated on-going education creating increased awareness and capability.  His sense of grit remains part of the culture at Duke University’s Fuqua School of Business. Likewise, the W.P. Carey School of Business in Tempe is a story of visionaries, innovation and core leadership philosophies of excellence, impact, and integrity.

Arizona State Men’s Basketball has shown some grit over the past two seasons, but ultimately what purpose and culture are they applying this intrinsic motivation towards?  We are not taking care of business! We are not managing each game like it is an asset, and the resulting chaotic play is a liability on our tournament resume. If Hurley’s benchmarking against mediocre Pac-12 teams it will be a grand old party for ASU in the NIT, where it’s possible we will play on the road and lose in the first round!

As I have suggested before, Hurley seems to blow an uncertain trumpet and the erratic play of his Sun Devils is the result.  In close games, ASU has no clear purpose during important possessions. If we are going to lose, are we learning a lesson to then never repeat?  The truth is, we are consistently falling apart in the exact same fashion and often in the very same spots.

Arizona State’s Athletic Director Ray Anderson stated: “Our goal for the program is to reach unprecedented heights, and therefore we need to find a way to operate more innovatively and efficiently than we have in the past.”  Anderson was named by Forbes Magazine as one of the 25 Most Influential Minorities in Sports in February 2016, noting he had “helped position the Sun Devils as one of the most innovative brands in college sports.”

“Since Ray arrived, his commitment and passion to elevating our performance on the field of play can be seen in the leaders he’s appointed with each respective sport,” said University President Dr. Michael Crow. “

Where do I start? 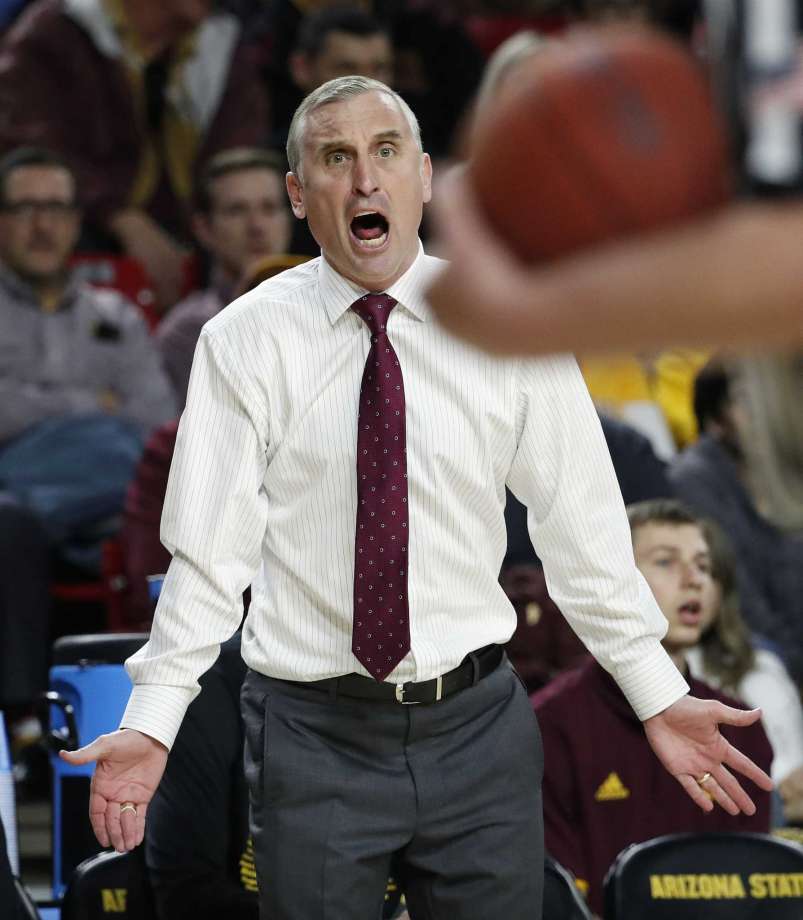 Michael Crow can’t possibly believe Arizona State Men’s Basketball has elevated its performance on any level where the influx of new talent and potential is concerned.  At some point, we have to overcome inconsistent play, poor decision making and quite honestly bad game management by Coach Hurley. For example, his brand of “managing” the clock for two years has been to roll the ball into play after the other team gets a bucket.  Wow, mind-blowing innovation.

What really is Bobby Hurley’s brand?  Big 10, SEC and ACC fans think the Pac-12 is soft.  The pundits all agree too! While Bobby is storming up and down the sideline yelling at the referees, his kids look lost.  His signature brand includes losing to teams he should beat and getting out-coached, falling prey to his own predictability.  We win one, lose one, and are 3-3 over the previous six games with a 16-8 record.

The 2018-2019 Sun Devils are shooting more three-pointers with a smaller degree of success and doing so with much improved forward and center play in the paint.  I haven’t seen this many airballs in a long time by the way! It’s ugly in stretches.

Historically, Bobby has played with top athletes having only lost 5 games in High School at St. Anthony’s and just 26 in four years at Duke!  Now, in four seasons Bobby Hurley has lost 39 Pac-12 Conference games at Arizona State as the Coach! Historically he had two Hall of Fame Coaches in Bobby Hurley Senior and Coach Mike Krzyzewski as a player.

It’s my humble observation Hurley struggles translating his experience and wisdom to his young Sun Devils.  Perhaps in the past, in tough spots, Bobby became used to NBA caliber athletes consistently making great decisions and big plays without a coach having to say a word.  Under his father’s tutelage, Bobby’s St. Anthony High School Basketball Program produced over 150 NBA players.  ASU has put 27 players TOTAL into the NBA.

Does ASU have a Hall of Fame caliber coach today? Are we paying for Bobby to learn on the job?  Is recruiting his leverage or can we analyze four years of statistically backed outcomes at some point?

Tuesday Night, No. 2 Duke was headed for its third loss of the season against No. 16 Louisville.  They were down by 23 points with 9:58 to play in the game. The young Blue Devils looked lost and were frustrated by the Louisville game plan.

Coach Mike Krzyzewski sat in his chair, watching and analyzing movement and play.  He called a timeout. He wasn’t ranting and raving 22 feet up and down the sideline like a fiery Bobby Hurley.  He was calm, collected and most importantly, calculated. He told his young Blue Devils he “wanted to coach winners, not losers” and then explained a change of attack for his team. Duke even broke free of their consistent Man-to-Man defense and played a tough flowing Zone.

“Basketball is a team game. But that doesn’t mean all five players should take the same amount of shots” – Dean Smith

After the timeout, Duke started attacking the passing lanes and locked down on the Louisville guards at the points.  The Blue Devils finished with 12 steals. Duke outscored Louisville by 25 points in the final 9:13 to pull out the 71-69 victory.  Duke also used 9 players despite the fact the bench only had two field goal attempts in 44 total minutes. I have suggested all season Bobby needs to go ten deep to spell his athletic starters, even if it means just 90 seconds before a mandatory television timeout.

He won't be denied 😤