Menu
University Colors: How Long Have the Arizona State Shades Been Maroon and Gold?
22
Apr So, while the name of the school has changed, along with the mascots (which originally was an owl), the school colors have been Maroon and Gold since 1898. It started a couple of years before that with just gold (which makes sense, because of the golden sunshine and the actual gold mines in Arizona) and since then white, and even black, have been added, but the main colors are Maroon and Gold. 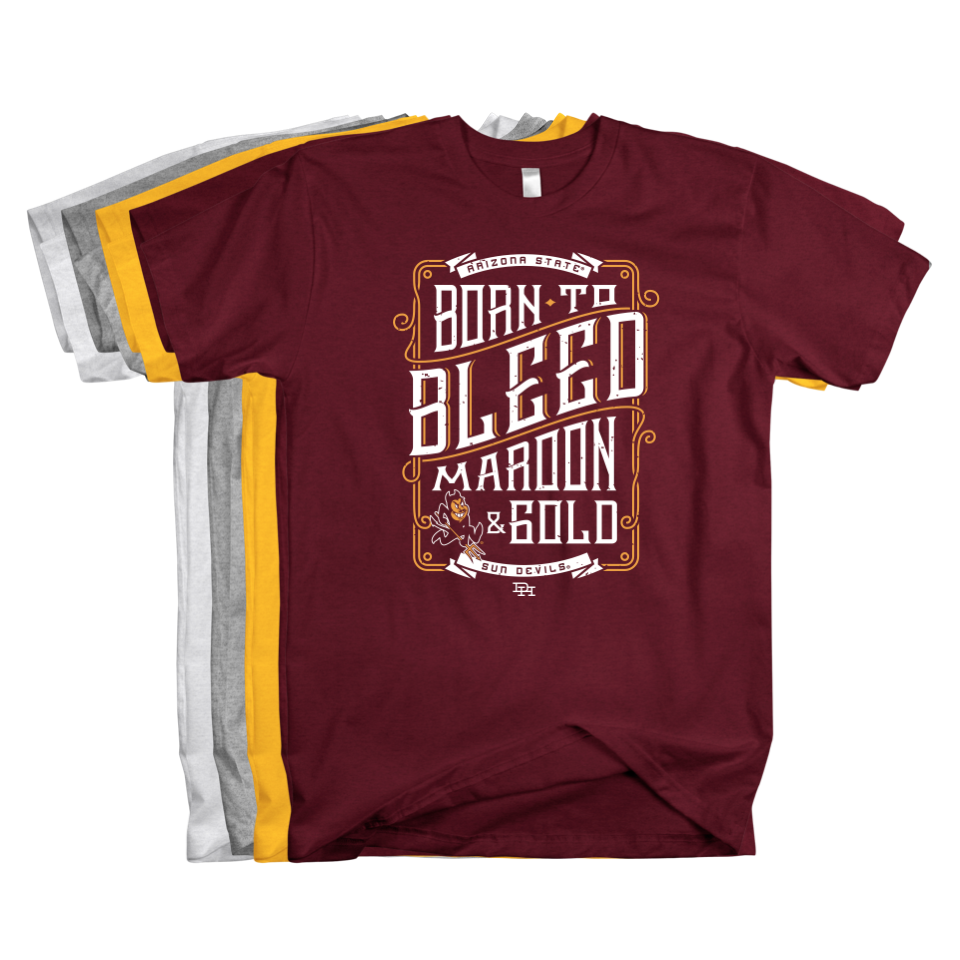 The BORN to BLEED Tee – Available now at DieHard-Apparel