In an early July 2018 presser, ASU Basketball Coach Bobby Hurley said  “I’ve been on the run, it was a lot for my family, going from Florida to Wagner for two years, then Rhode Island for a year and to Buffalo for two. It’s always natural to assume” that I would want to return East, “but I’m very happy here. And I think my family’s happy, too.”

For any father and husband, creating balance, enjoying work, and keeping kids in the same schools is certainly important.  Plus, $3 plus million dollars goes a hell of a lot further in Tempe, Arizona than it does in Queens, New York. The break-even number for St. John’s would have to be over $7 million and Hurley would own a nice apartment above a pizza place after taxes.

Moving to New York City, with a massive population and the quality of life would be a strange one for anybody who has ever lived in the Valley of the Sun.  Tempe, Arizona is a great college town. Arizona State is a better attraction for young, impressionable recruits. The surrounding Sonoran Desert is a playground for sun, fun, and adventure.  It’s a great place to raise children.

St. John’s is not even close to Arizona State in my opinion.  It would be five steps backward for Coach Hurley. Right now, Buffalo is a better basketball school than St. John’s.  Plus, with the tax base, it would be tough for Bobby to add quality bench coaches, something he needs to do in Tempe, to be honest.

I’m a NYer who lives in Arizona and I can tell you Bobby Hurley has no good reason to go back to NY. 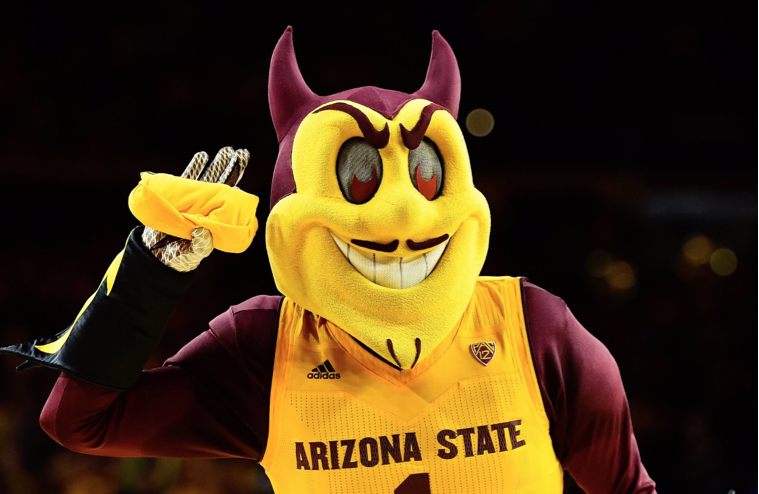 What say you, Sparky?

When Michael Crow and Ray Anderson brought Bobby Hurley to ASU they claimed we were going to be an elite program, win Pac-12 Conference Championships and become a perennial NCAA Tournament Team. They said we would own the state, Coach Miller is 6-2 and if he survives the FBI scandal, Arizona will present a tough match-up for next years Sun Devils. 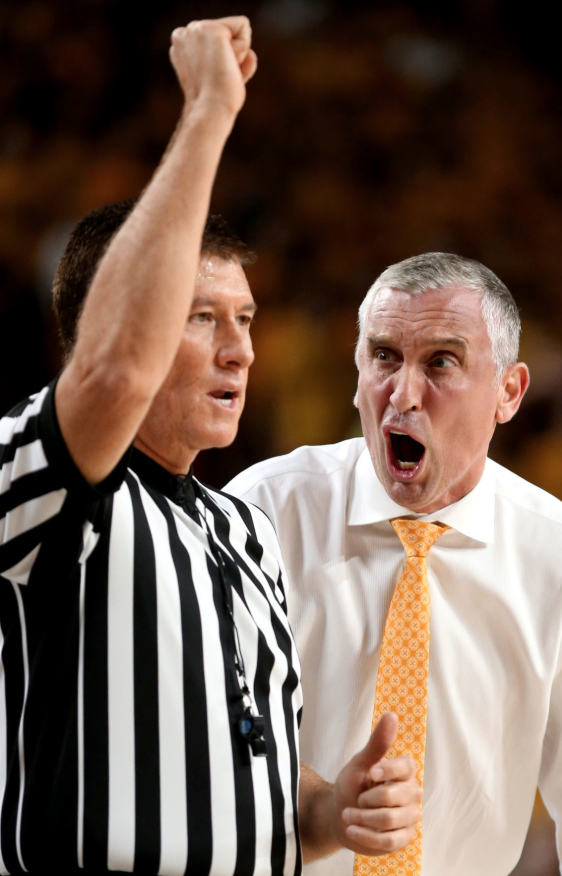 Coach Hurley has lost 40 Pac-12 Conference games, is 2-6 against Arizona, and 2-4 against Utah and 1-7 versus Oregon in that stretch.  Bobby is 2-4 In the Conference Tournament.

The Sun Devils have not qualified for the Dance and are 1-1 in First Four play-in games.  The only NCAA Tournament Game ASU has played was an embarrassing blowout for Bobby Hurley. Simply stated, Coach Hurley’s team did not compete, and that is what he was brought to the Sonoran Desert to do!

Bobby’s teams are “Jekyll or Hyde” since a day one loss to Sacramento State 66-63.  Bobby’s run-and-gun offense only managed to put up 10 points in the first half against Utah in an embarrassing 81-41 trouncing by the Utes.  His teams are intrinsically motivated, the big wins are not a result of an established culture. In fact, game management or lack thereof has resulted in some horrendous losses and some really close calls over the past four years.

Coach Hurley has the Pedigree, but he is learning on the job. That’s an expensive “tuition” for Arizona State, isn’t it?  It’s also a sign of patience and mutual respect when nobody talks about the numbers behind the past four seasons. We are all optimistic and love Coach Hurley.

St. John’s would be a step backward for the young coach. It would signal a fragile human ego running for the comfort of what’s known, rather than digging deep and finally taking the Sun Devils to the next level. St. John’s will not win 16 games next season with or without Bobby, and recall, Herb was fired after winning an NIT game and left Bobby with some solid talent.  ASU was NOT a rebuilding job. St. John’s is a mess. I see ASU in the middle of the Conference of Champions in 2019-2020, especially if Luguentz Dort leaves the mix. But I doubt anyone in today’s NBA wants an offensive project measuring 6’4″ in a league that picks and chooses when to play actual defense. I love Lu but his turnovers and volume of missed shots cost the Sun Devils as many games as his defense and scoring won. His potential is limitless, but if Dort leaves, I am guessing Bobby could too.

The Fall 2019 recruiting class is one step back from Fall 2018. If there is any time for Hurley to leave, it’s now, despite the fact his core Sun Devils return.

Remy Martin and Romello White have come along well under Coach Hurley, but we saw outbursts of frustration from both athletes during this campaign. Romello had to be held back by Taeshon Cherry at halftime in the tournament. It’s my observation the kids dial Hurley out, it shows in the lack of structure in offensive play.  Further, in post-game press conferences, Bobby makes excuses signaling a lack of discipline and structure. What is the true Culture of Arizona State Men’s Basketball, and is Bobby Hurley the best hoops coach at the University right now?

This is all tough love, but the defeat against Buffalo was one of the most embarrassing games I have ever witnessed.  Coach Mike Krzyzewski once said, “sometimes winning overshadows a poor performance.” In College Basketball, the only thing that matters in March is “winning.”

Arizona State defeated St. John’s 74-65, and everyone forgets that game was equally as sloppy as the drubbing by Buffalo 91-74! St. John’s couldn’t hit a shot and dominated on paper, but it looked as if Coach Mullen had been drinking Scotch all day with those red cheeks.  The energy and hustle of the young Sun Devils won that game, not the coaching on either bench.

Arizona State under Coach Bobby Hurley is 7-9 in the month of March (3-7 excluding this season).  Crow and Anderson said ASU would “compete” and be nationally recognized, yet the latest ASU has been ranked is the second week of February under the guidance of Hurley.

In my humble opinion, if Arizona State does not receive an invite into the Field of 64 based on the resume, Hurley is in trouble. He has to grasp the pressure at this point unless of course, everyone around him is kissing up to the coach.  After-all, the name “Hurley” on the office door is synonymous with basketball, his father put 150 players into Division I hoops.

DieHard fans, let’s be totally honest, statistically speaking, we are no better today than we were with Coach Herb.  Bobby Hurley is certainly a better recruiter. Coach Hurley is in position to have a very talented and experienced team in his fifth season at the helm.

In 2019-2020, Arizona State needs to win 23 games in the regular season.  This is regardless of the Pac-12 Tournament outcome. The Pac-12 Conference season in the winter of 2020 is going to be a roller-coaster, so the out of Conference schedule will again play huge.  Hurley is doing fantastic out of Conference, but those 40 losses in the Pac-12 sting all DieHard Sun Devils.

For all of the East Coast hype and Hurley’s resume, our defensive efficiency and point differential have dropped drastically under Coach Hurley! Bobby suggested in July and October Press Conferences, he was going to hang his hat on Defense this year, and they were better. But today we are still 2 teams behind where Herb was when he was fired.  The National Championship game had two of the top 4 most efficient defenses in the NCAA yesterday.

For Hurley, now is the time to define himself. In my opinion, either way, Sun Devils win. But character counts in my world, and Bobby has work to do in Tempe.  We love his energy and passion, but his teams are truly erratic like his sideline behavior. It’s my observation when his players need guidance, or the game demands a defensive adjustment or offensive play, Hurley is often busy talking to the referees.

Personally, I would stay in Tempe and see where Remy, Romello, Cherry, Lawrence and Edwards can take me for one more year.  Coach Hurley has a fantastic opportunity to clearly establish his character, moral authority and personal integrity by remaining at Arizona State for his recruits.  It will further establish confidence in his recruiting efforts and help to define the culture of Sun Devils Men’s Basketball for years to come.

But professionally, as a businessman, it’s risky for Hurley not to run. Next year the Pac-12 returns a ton of studs who now have experience, and Coach Hurley needs to get better in preparation as well as with the X’s & O’s of the game otherwise Coach Altman, Miller, Krystowiak, Tinkle, Hopkins, Boyle will continue to challenge Bobby.  But let’s not forget blowout losses to Ernie Kent, and Bryce Drew this season who are now unemployed.