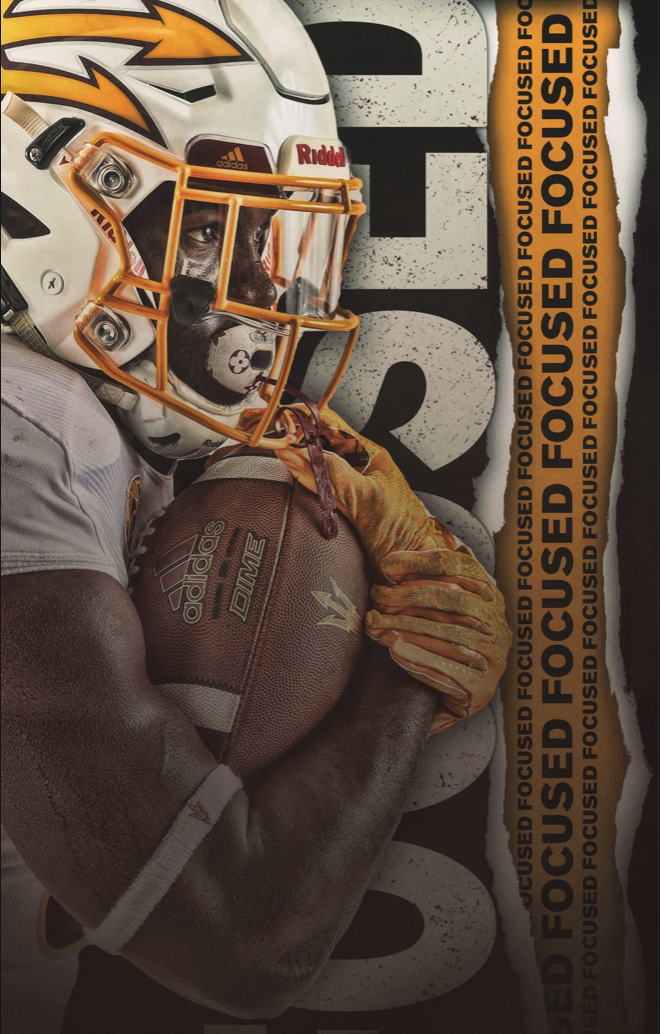 Arizona State vs Michigan State kicks off at 1:00 PM Saturday on FOX Sports

DieHard Sun Devil fans did not plan to watch the 2-0 Sun Devils struggle against Kent State or to be pushed around by the FCS opponent Sacramento State in “tune-up” games for the matchup against Michigan State this Saturday.

When a team is playing not to lose, the focus is not on what could be gained or experienced, but on protecting what you have and being safe.  All energy is channeled into shoring up a certain status quo, guarding against what you want to avoid.

Certainly, sometimes conservative play-calling and vanilla schemes is where the focus needs to be when playing 20-25 Freshman. But despite a young, underperforming offensive line, Sun Devil QB Jayden Daniels had occasions where he had time and moved nicely within the pocket. In my opinion, ASU’s play-calling was driven by what they didn’t want to see, rather than by where our true Freshman’s potential is with a very talented group of receivers.

While playing safe in the short-run might produce a Win, entering a huge test in East Lansing this week the Sun Devils risk being torched by the physicality and desire of Mark Dantonio’s Spartans for payback. Dantonio knows what ASU has in their young but very talented signal-caller. So why hold him back in the first two games? To state the obvious, Michigan State is bigger, stronger, and faster than both Kent State and Sacramento State.  The Spartans are playing with a huge chip on their shoulder after being upset in Tempe 16-13 on September 8th of last year.

This ASU enthusiast believes the staff could have and should have allowed Jayden Daniels to sling-it and perhaps make a few mistakes in the first two games.  I don’t think the moment will be too big for Daniels on Saturday, and we should expect Likens to reveal a few new variations and wrinkles that Michigan State hasn’t seen on film. 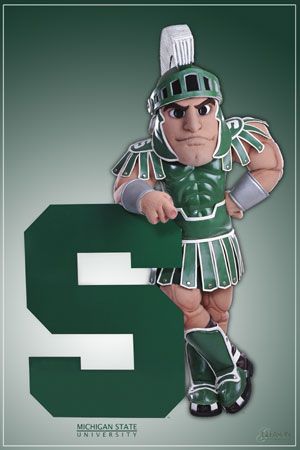 The Sacramento State Hornets certainly pushed the Devils around Friday night in run defense. Their physicality could have been tempered by opening up the offense more and spreading the ball more around the field. Speed and talent negate strength and size.  Arizona State needs to play with great purpose and speed against Michigan State letting Jayden Daniels be Jayden Daniels with more RPO looks.

MSU features a star running back in Elijah Collins who at 6 feet tall and 218 pounds is a rare combination of speed, agility, and power.  Michigan State is “fluid” in the backfield and also has a bruising force in both Connor Heyward at 6’3” 233 pounds and La’Darius Jefferson at 6’1” 229 pounds.

Local Pinnacle High School graduate and Senior starting quarterback for the Spartans Brian Lewerke has weapons inside and out. Receiver Darrel Stewart had 10 catches for 185 yards in their 51-17 dominance of Western Michigan last Saturday. Through two games Lewerke is 44-69 for 506 yards, 4 touchdowns, and 1 interception, but he will be facing an even better defense than he did last year in Tempe.

About the Spartans’ 51-17 blowout of Western Michigan, the Detroit Free Press said, “The numbers for the offense in the Spartans’ 51-17 blowout were staggering compared to the first week and last season: 524 yards, including 251 rushing, and six touchdowns. Lewerke threw for 314 yards on 23 of 32 passing, including three scores. He hadn’t eclipsed 300 yards since the Oct. 6, 2018, loss to Northwestern. He had not completed a throw longer than that one to Stewart since a 37-yarder on Sept. 29, 2018. He hadn’t had three TD passes in a game since the Holiday Bowl win over Washington State to close the 2017 season.”

Jayden Daniels should have thrown the ball 40 times against Sacramento State (17-27 for 304 yards).  Eno Benjamin (4 catches for 94 yards) should have had 8 catches giving the QB-RB duo more repetition at game speed out of the backfield before facing a Top-25 Big Ten team on the road. The Sun Devils did have success in the I-Formation, and run blocking is easier than pass blocking, of course. ASU will need Jayden to sling the ball in East Lansing, and I wish they did more of that through two games.

Ethan Long, A.J. Carter, Isaiah Floyd, Jordan Kerley, and Ricky Pearsall should have had more touches.  Side note- It’s my observation A.J. Carter crossed the plane and should have had a touchdown in the second quarter, but the play was not reviewed by the coaching staff.  Benjamin carried the ball 24 times for 69 yards and caught a 72-yard touchdown pass in the fourth quarter. Kicker Cristian Zendejas, the Pac-12 Special Teams Player of the Week, aced four field goals as Arizona State labored to a 19-7 win over on Friday night. Sun Devil Freshman RB A.J. Carter was ruled to have fumbled the ball before crossing the goal line against Sacramento State

“We can’t play offense on our heels,” Arizona State coach Herm Edwards said. “That’s what it looked like a lot of tonight.” Arizona State’s offense meandered, trudged, and sputtered against the Hornets, plagued by drops and an ineffective running game against a team ranked 115th in total defense last season in the FCS.

Jayden Daniels is now 32-51 for 588 yards and 3 touchdowns.  He is statistically a top-tier quarterback, but he has been tied-down by conservative play-calling in two games. In fact, Jayden (56th) and Michigan State QB Brian Lewerke (54th) are neck and neck nationally.  So far Rob Likens ideology has been “fast, simple, and execution-friendly.”  If this is to hold true, he has to let Jayden make more decisions himself. Michigan State has an 88.8 percent chance of winning this one according to computer models.  If Herm Edwards and Co. go with more conservative offensive play calling to protect Daniels confidence, I think it will be a long, long day for the Sun Devils in Spartan Stadium. Jayden has the makeup of a player who won’t be deterred by mistakes. Let the kid ball!

STAYTRUE Apparel Co – Only a Sun Devil Knows the Feeling