Only a Sun Devil Knows the Feeling

On a night the entire nation was watching, Jayden Daniels was electric throwing for a career-high 408 yards and 3 touchdowns.  Daniels was by far the most talented signal-caller on Frank Kush Field, and his counterpart Justin Herbert is projected to be a first-round selection in the 2020 NFL Draft.

Jayden Daniels was named the Walter Camp FBS National Offensive Player of the Week after the big win. JD5 jumped 12 spots nationally with his performance and is now 17th with a 156.4 Efficiency Rating. Danny Gonzalez’s Sun Devil Defense picked-off Herbert twice and held on after Oregon scored three touchdowns in a 6:38 span in what was a wild fourth quarter. The Ducks, down 24-7 with 8:42 to play, scored twice on three-play drives. It took them 59 seconds to make it 24-14 on Cyrus Habibi-Likio’s touchdown run, then 43 seconds to get Herbert’s scoring pass to Johnny Johnson III.

It was clear Arizona State was going to have to score.  With ASU facing third-and-16, Daniels hit Brandon Aiyuk in stride for an 81-yard touchdown strike with 3:54 to play.  But Herbert and Johnson connected again for a touchdown with 2:04 left, however, Arizona State was able to run out the clock. Jayden Daniels completed his first 12 passes of the game and finishing 22-32 (408) with a 77.7 QBR. He found holes in the Ducks’ secondary all night, hitting Frank Darby for touchdown passes of 57 and 26 yards. The true Freshman had eight completions of 17 yards or more as Arizona State scored 21 straight points after trailing 7-0 in the first quarter.

JD5 was able to Duck Oregon’s vaunted pass-rush taking only 2 sacks. Like a 5-Star General, Daniels was never in a hurry displaying great poise and confidence in the pocket.

The key to the game was getting multiple touches by Eno Benjamin, something Arizona State had not been doing enough of this season.  When Eno gets touches, magic happens all around him. 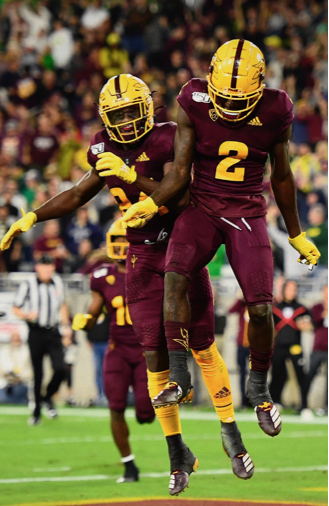 EB3 had 31 carries for 114 yards and 5 catches for another 54 yards out of the backfield.  Arizona State controlled the clock, keeping the ball for 36:53 and allowing Danny Gonzalez to rest his defense and prepare for Oregon’s next possession.

Brandon Aiyuk had 7 catches for 161including the game-winning 81-yard touchdown.  Frank Darby had 4 catches for 125 yards and two big scores. Kyle Williams added 2 catches for 51 yards.  6’2” 185-pound Freshman WR Jordan Kurley got into the mix with 2 grabs for 10 yards, a sign of things to come.

As a result of the win, Jayden Daniels became the fourth ASU player since 2004 and the second in as many years (LB Merlin Robertson) to earn Walter Camp National Player of the Week honors. He is the first offensive honoree since former Sun Devil wide receiver Jaelen Strong (Oct. 5, 2014).

Most 300-plus Passing Yard Performances in a Single-Season 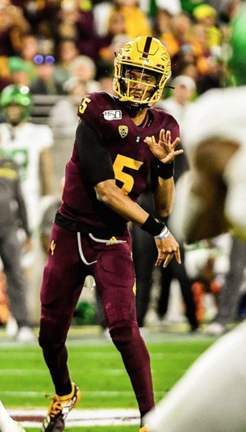 “I thought we took the approach that it was going to be a heavy-weight fight,” said Herm Edwards.  “I said ‘We have to be the physical group, and we’re going to have to play these guys for four quarters. If we play tough and keep the mindset that we can’t let them get out to an early lead, we’ll have a chance.” 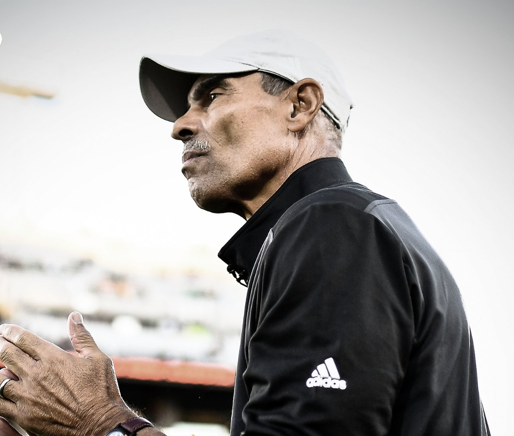 “Obviously, at the end, they came surging back pretty fast. When you think you have a lead, and all of a sudden there are a couple of big plays in the passing game and they’re knocking on our door again.”

Up next for Arizona State is that Tucson school that recently changed its moniker to #UArizona.

The Devils are currently 12.5 point favorites over their rivals.