At Talking Stick Arena earlier this week, Rob Edwards and Remy Martin pitched a shutout going 0-14 from the field.  The duo combined for six wild pitches (turnovers) and one strikeout (assist) in a 96-56 blowout loss to the Saint Mary’s Gaels’ of California.  Arizona State looked like a rudderless ship.

Senior Saint Mary’s Guard Jordan Ford scored in the opening minute, and his offensive surge never seemed to stop.  He alone outscored Arizona State in the first half en route to a 34-point night.

“When I’m playing well and I’m really aggressive, I feel like the other guys follow,” said Ford, who went 7 for 11 from 3-point range and also nabbed six-boards. “It’s my job to be aggressive and take it to them, the other guys will follow my lead. That’s what we did.”

The Gaels (11-2) waxed Arizona State from the first minute of the game with a barrage of 3-pointers and transition baskets.  Ford had 22 points by halftime to outscore the Sun Devils (8-3), who finished the half with a grand total of 19 points. Saint Mary’s compiled a 32-point halftime lead. 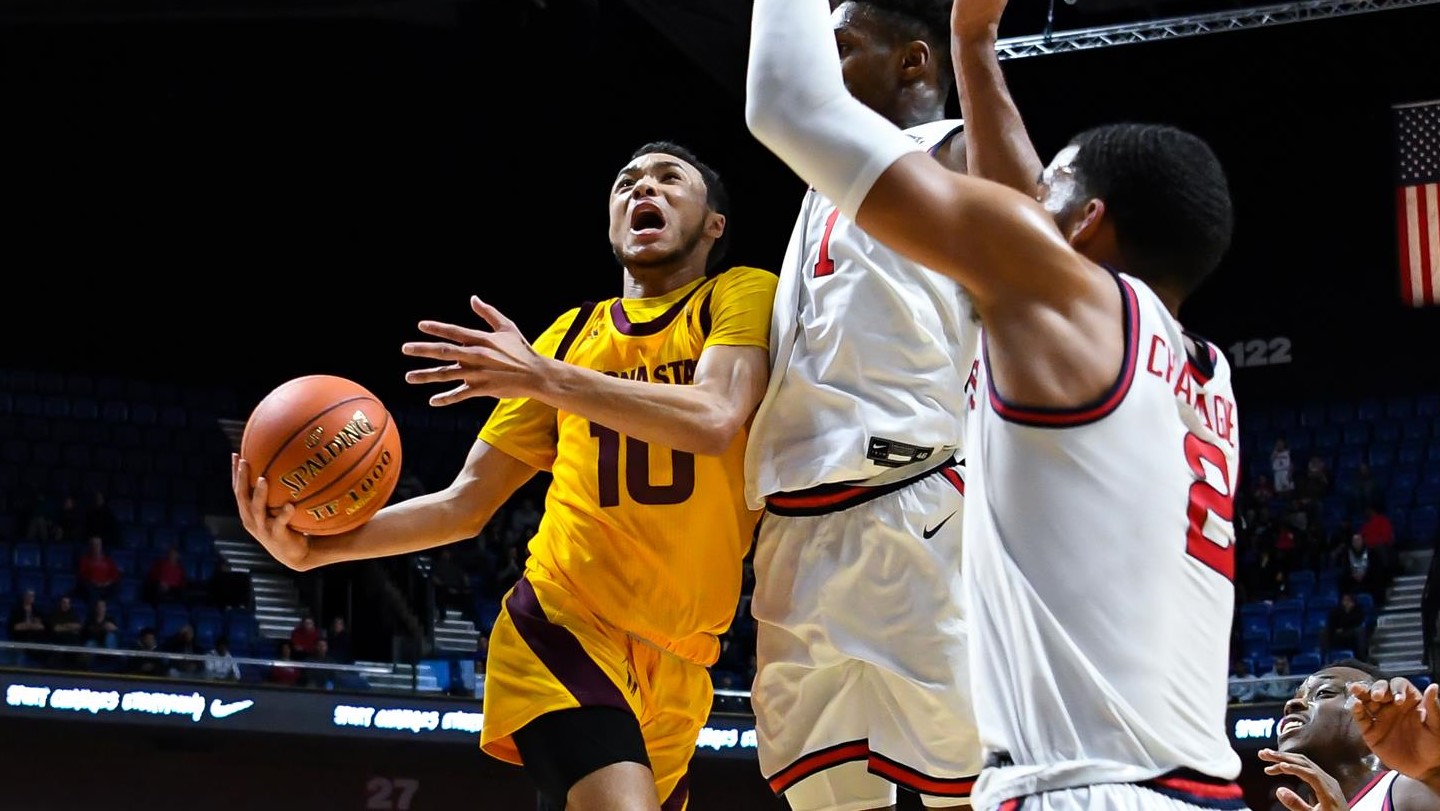 The Gaels entered the game ranked first nationally from 3-point range at 46%, and the Sun Devils seemed disinterested in defending the arc.  Saint Mary’s was 16-26 from 3-point-land and for any basketball player watching the game, it was a display of pure, fundamentally sound, squared-up, three-point-shooting and nice ball movement.

Saint Mary’s had 19-assists, ASU had 4.  The Gaels’ had 10-turnovers, Arizona State had 15.  Sun Devil Guards were dominating the ball via the dribble rather than passing, cutting or setting screens away from the ball.  It was brutal, the offensive structure of The Gaels’ as compared to the Sun Devils was on two opposite spectrums of philosophical basketball and subsequent execution.

Alonzo Verge Jr., the “would-be hero” of the game, dropped 43-points. His soft touch around the rim was something we have not seen in the Valley of the Sun since Tra Holder roamed the hardwood.  But Verge poured it on after the game was decided. It’s no doubt great to see his confidence rise up, but one guard dominating the ball isn’t going to fly in Pac-12 play.

Around the 12-minute mark of the second half, Bobby Hurley put in the deeper part of his bench, the guys who can play, but rarely get the opportunity.  Now in year five, Bobby Hurley is using his bench, platooning players and in this guy’s opinion it’s going to pay dividends down the road. Hopefully, the days of playing eight Sun Devils and the starters for volume minutes are finished in Tempe. 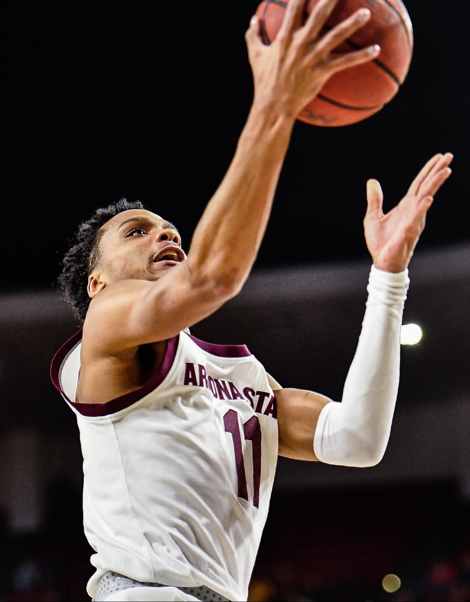 6’4” 195-pound Sophomore Guard Kyle Feit had four-minutes, missed a nice looking shot from 24’ and grabbed one board.  Mickey Mitchell who is going to be an important role player in Pac-12 play swallowed up 14-minutes. He grabbed 5-boards with 2-steals and 1-assist.  He is still recovering from back surgery and was a step or two off in spots, but watch this storyline evolve next month.

Now in the second half, Alonzo Verge Jr. was predominantly dribbling and driving to the hoop while the rest of the team watched.  He didn’t get other players involved, shot 1-6 from beyond the arc and had six-turnovers. With that being said, Verge was a solid 18-29 from the field and 6-6 from the free-throw line.  Arizona State is again undersized, and friends, Guard-U can’t shoot from distance. Apparently, with fresh legs and a deep bench, the Sun Devils can’t Defend the 3-point line well either.

Arizona State plays Creighton (9-2) Saturday, December 21, 2019, at Desert Financial “The Bank” Arena in Tempe.  6:30 pm Tip-off aired on the Pac-12 Network. This has become a must-win game for Arizona State. 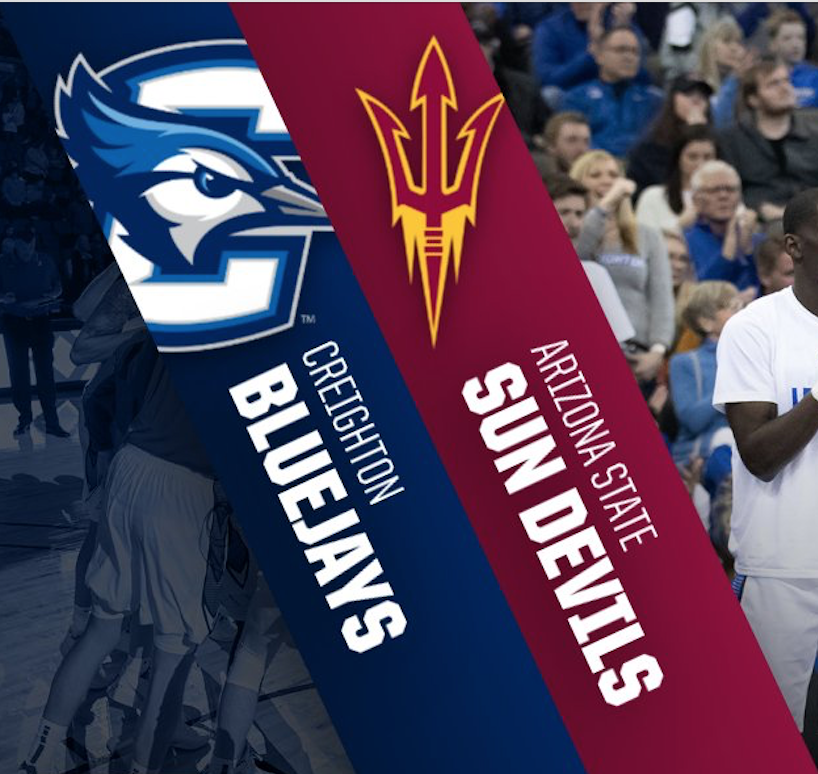 Creighton Head Coach Greg McDermott has created a fundamentally sound and consistent hoops program in Omaha, Nebraska.  Coach M has compiled a 216-111 record winning at a 66-percent clip. Creighton has only one season with less than 20-wins since McDermott took control.

The Bluejays have had twenty-five or more wins in 5 of McDermott’s now ten-years at the helm.

Coach Bobby Hurley has a 57-percent winning percentage at Arizona State now into his fifth year.  Hurley possesses a 32-40 record in the Conference of Champions and just suffered an embarrassing loss to Saint Mary’s of California.  The Gaels’ were a team the Sun Devils truly matched up with well yet got ran off the floor.

Arizona State is currently favored by 3-points with a Game Toata of 149.  The Devils have an SRS of 9.99, and Creighton stands at 11.59 and shoots the rock better than the Devils.  The Bluejays are the 49th most efficient offense in college basketball, while ASU stands at 236 out of 353 NCAA DIVISION ONE teams in Offensive Efficiency Rating.

Numbers, specifically the SRS suggest Arizona State is 1.6-points better than Creighton.  With this, the 3-point Vegas Line reads like a trap. Creighton shoots, passes, and rebounds better than their opponents.

Sun Devil Alonzo Verge Jr. has found a rhythm and rhyme around the rim and can shoot free-throws with his eyes closed.  If the game plan includes Verge straight-line attacking the hoop the Sun Devils will be alright.

With that point in mind, if the game plan is predicated on Arizona State guards dribbling more than passing, Coach McDermott will stage a methodical attack by his Creighton Bluejays. That would find the Sun Devils digging out of a deep hole.

Arizona State is currently favored by 3-points with a Game Total of 149.  This is a must-win game we will be looking back at on Selection Sunday, March 15, 2020. 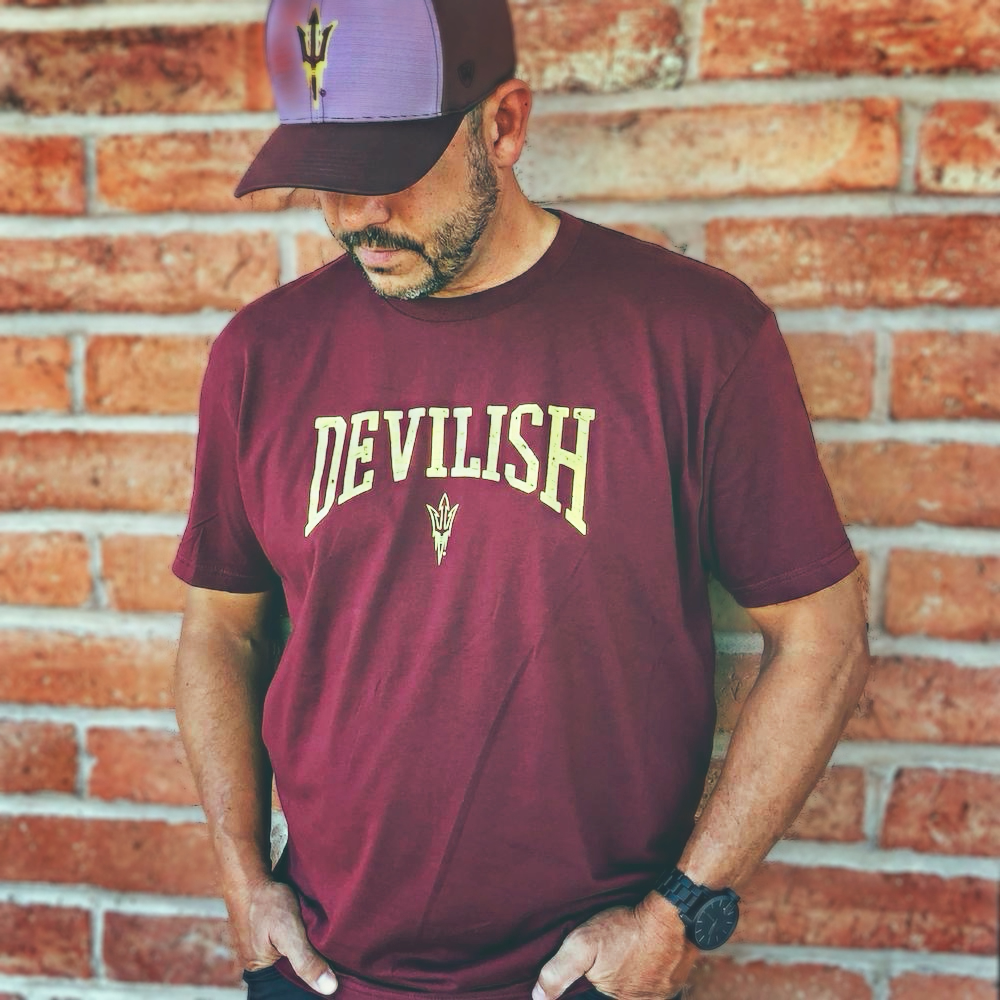 StayTrueApparelCo.com – Only a Sun Devil Knows the Feeling

all of this adds up to another tough loss for Arizona State.