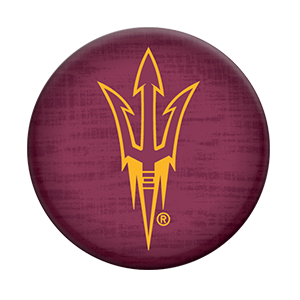 Expectations are high in Tempe, and the schedule is about to get rough.

Coach Bobby Hurley spoke highly of his squad from the get-go in Shanghai, China.  Arizona State lost to the University of Colorado 81-71 in a tilt without impact players Romello White and Taeshon Cherry.

In Shanghai, Junior College transfer Alonzo Verge Jr. and Freshman Guard Jaelen House swallowed up 59-minutes and combined for 3-20 from the field.  One could make an argument that the volume of missed shots by the tandem lost the game for the Sun Devils.

A Look back at Louisiana

Alonzo Verge Jr. was 2-7 from the field in 24 minutes against Louisiana. Jaelen House was 3-7 while taking some ill-advised shots. He also made some bad fouls in 16 minutes of playing time. 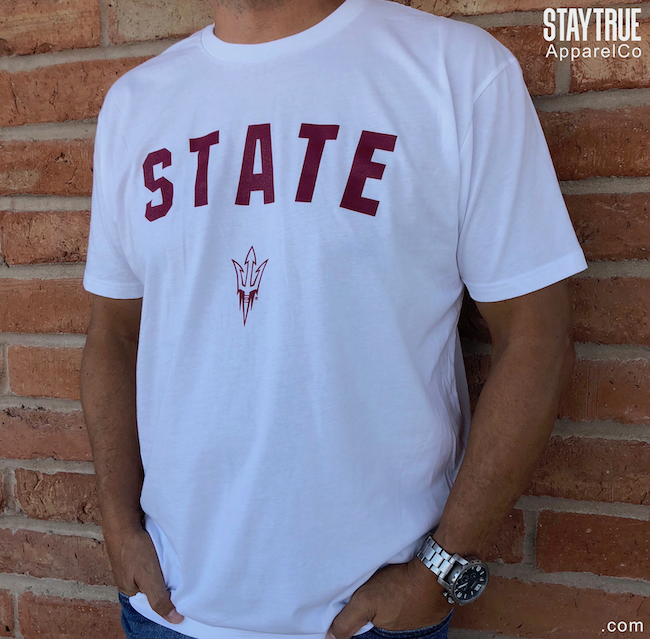 As a matter of fact, Louisiana was a 17-point underdog, and the game should have never been close. The Sun Devils got sloppy in what was supposed to be a tune-up game. Subsequently, the Ragin’ Cajuns managed to keep pace in the second half.  Coach Bobby Hurley knew his squad could have run Louisiana out of the Bank in Tempe and over to Indian Bend Park in Scottsdale (9.0 miles away).

Following the Arizona State victory (6-2) over the Louisiana Ragin Cajuns (5-4) at Desert Financial Arena (The Bank), Hurley’s simmering frustration over shot-selection, communication, and leadership overflowed. It was the first time this version of “East Coast” Bobby Hurley showed up.

Consequently, as reporters positioned recorders for the post-game presser, Coach Hurley deviated from his normal routine. Instead of making an opening statement, a poised yet fired-up Bobby Hurley immediately asked for questions.  The Sun Devils’ Head Coach is concerned about the potential for disaster against Georgia, St. Mary’s, and Creighton which follow ASU’s matchup with Prairie-View tonight.

“We just have to start getting it in gear and start trying to strive to play well, so regardless of what the score is, you feel good about yourself after the game. As much as we’ve been winning I just haven’t really felt like, ‘Wow this really looks great. This feels good,” said Bobby Hurley. 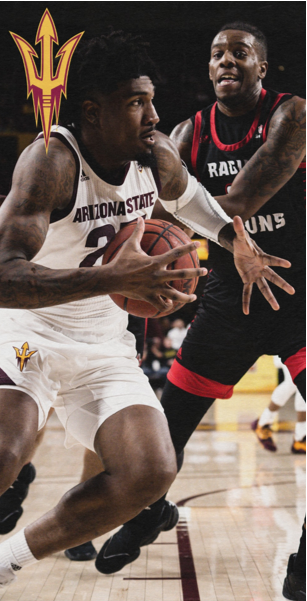 Against Louisiana, Romello White thrived in the paint.  When the Ragin’ Cajuns went into a zone defense, Sun Devil Guards started taking less-than-promising long-range shots instead of methodically working the ball inside-out.  This is to say nothing of missing wide-open looks, too.

“Good things happened when he had the ball, bottom line,” Hurley said of White. “I mean, percentages, some of his really good passes are out of the post. He went to the offensive glass. He battled in the paint. He’s one of the primary reasons why we’re in the position we were late in the game.”

Bobby Hurley evidently viewed White’s play as a wakeup call for the rest of the team.  Guard-U connected on just 6-26 three-point attempts. Recently the Sun Devils’ offensive numbers have slid. Arizona State is now rated 219th out of 353 schools in Offensive Efficiency and is scoring 74.1 per-game (#132).

“We got baited into shooting some poor shots,” Hurley said. “We did have some open threes that we missed badly, so again when you look at 8-for-26, guys just have to start hitting from three. Especially when you have a guy down low that is productive as Romello is going to be.”

About Alonzo Verge, “He’s too talented to be playing the way he is,” Hurley said. “Alonzo is getting volume minutes, yet is no more productive than the 12th man, Kyle Feit. Feit has averaged 1.2 minutes in four games. Both Verge and Feit have a 0.1% “win-share” percentage.  More on Verge, “He’s got to stop thinking or feeling sorry for himself. Just step up, be mature, and start playing (to his potential).”

As for Remy Martin, he was 0-5 from beyond the arc and never quite found his mojo. Bobby Hurley was more concerned with leadership and intangibles than the stat sheet. “I think he has such a high standard with me it wasn’t a good effort by him. He didn’t lead our team the way I needed him to. He wasn’t connected to the game the way he should have been. It has nothing to do with the way he shot.  It was how he led our team, so I think he’s got to improve and do better.”

Despite Romello’s Double-Double (19-points 14-rebounds 1-block), the lack of hustle, leadership and all-around effort by the Sun Devils resulted in a mandatory 6 a.m. Sunday morning practice.

It was less than eight hours after they’d left the arena Saturday night. 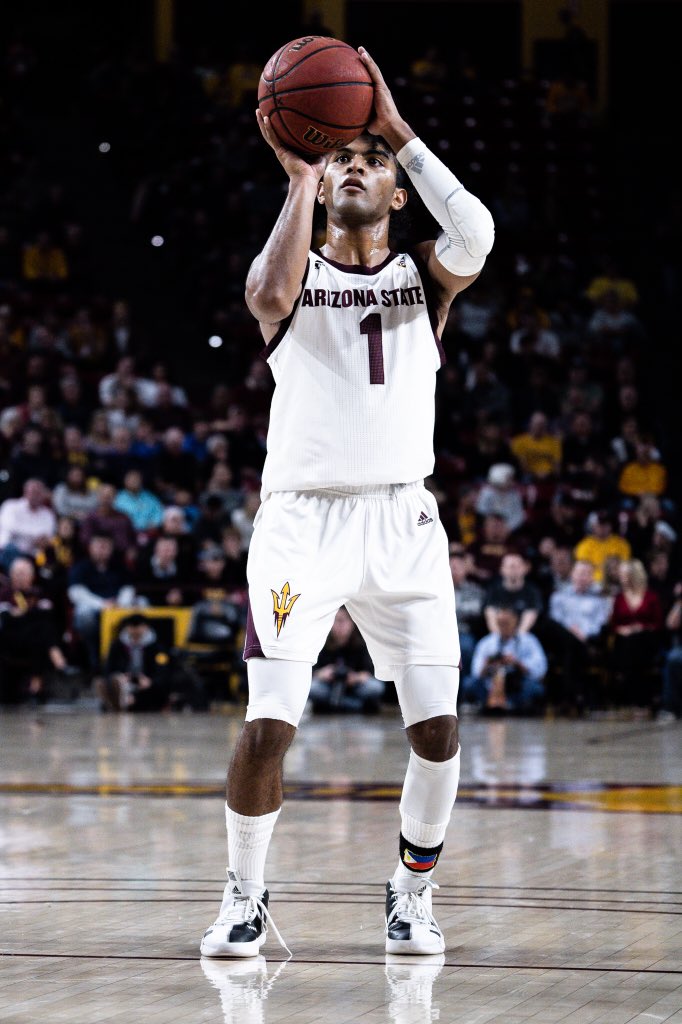 “I’ve been trying to do what I have to do. I am telling the guys that we have to pick it up. I know how this is. We played a couple of teams like Louisiana, and then we go play somebody like Georgia (Dec. 14th in Tempe). They’re a great team, and they’re going to come in here and try to beat us. Revenge from last year. So we just got to pick it up.”

Upping the energy this week. 📈

Be there for it. pic.twitter.com/JwQKHT1PnD

Sample size small (for now), but very good. Finland's @EliasValtonen 9-16 (.563) from the three-point stripe in his career (photos by @KlineSportsPics) pic.twitter.com/jcXzwvn8lF

when you hit your first NBA bucket 🤟😂