The Bank – Tempe, Arizona – With a tremendous and raucous home crowd, Arizona State Women’s Volleyball swept Arizona in straight sets (25-20, 25-16, 25-19) for the first time in six long years on Thursday night!  ASU posted the highest hitting percentage of the season in a match in which they were both dominant and poised.

If you have not been paying attention, I highly recommend you give this Sun Devil Squad some due diligence.  They are exciting, well-coached, and powerful, and they have the potential to win the Pac-12 Conference, to say the least.

The Wildcats kicked it off with a couple of aces placing them ahead 5-2.  After a long break with a play under review, the Sun Devils battled back to 16-16. Two four-point serving runs for Ivana Jeremic and six kills for Claire Kovensky, along with five service errors and six attack errors from Arizona, thrust Arizona State to a 25-20 victory. The passion and energy was contagious at The Bank! With the fantastic momentum from that Set One victory, ASU started fast to a 7-3 early lead before the Wildcats called a timeout. The Sun Devils rocked it with 15 kills on only one error in the set. Callie Jones had a 4-point service run placing ASU ahead 24-14. The Wildcats added two points, but ASU finished off the set on an Andrea Mitrovik kill at 25-16.  It was almost a perfect set by the Sun Devils- great speed, energy, and purpose.

ASU and U of A found themselves locked up early at 5-5. The Sun Devils swelled forward propelled by three kills in a row by Kovensky taking an 11-8 lead. After long-services and a few key mistakes by the Wildcats, Jeremic and Kovensky solidified the victory with 5-kills each en route to a 25-19 set and match victory! 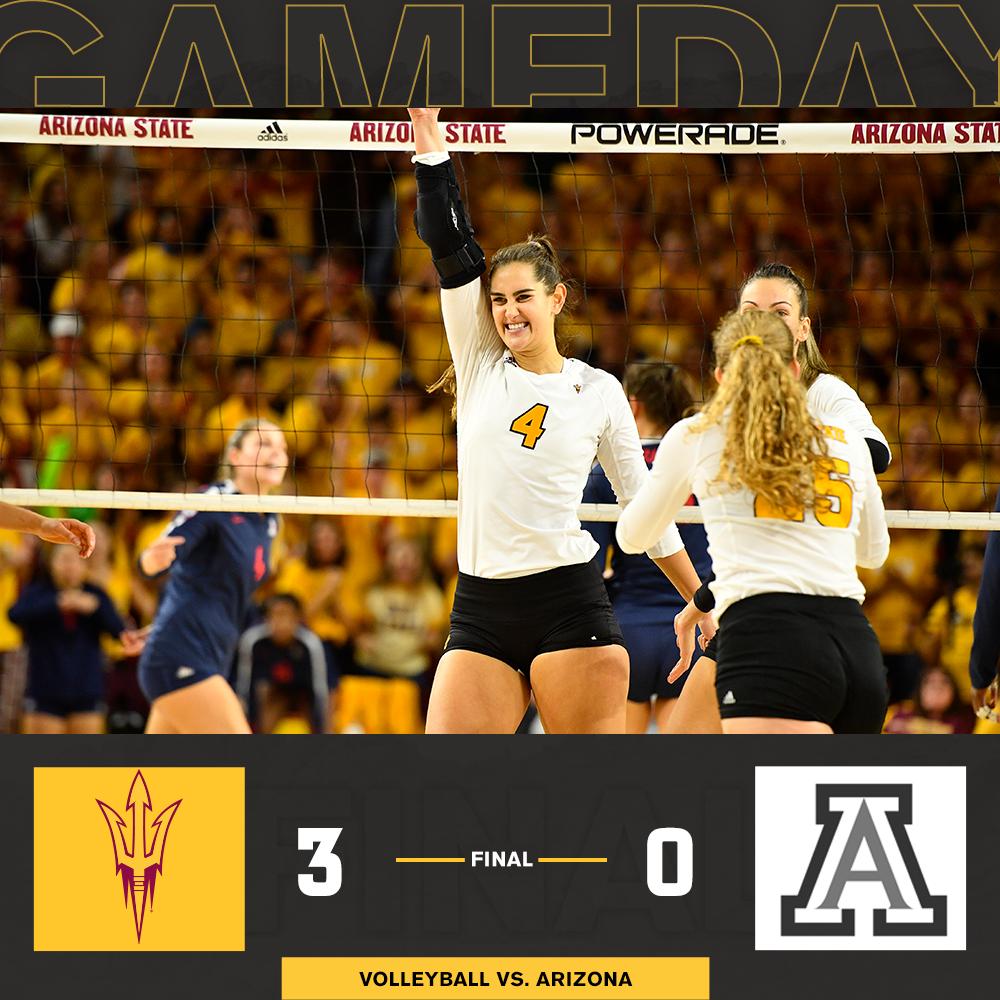