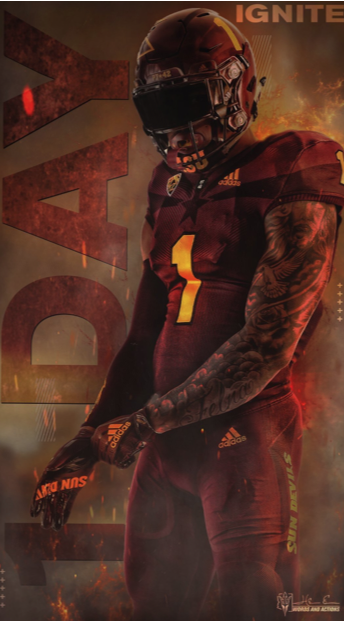 The Sun Devils find themselves back in the race for the Pac-12 South Division title after their first road win against USC in L.A. There’s no time for pats on the back as #15 Utah rolls into Tempe looking to take a stranglehold of the Division and avenge a 30-10 Sun Devil beat down on their home turf last season. At the same time, a win for the Maroon and Gold on Homecoming weekend puts ASU in a position they couldn’t have fathomed two weeks ago. We’re going to take a look at some keys for an ASU upset of no. 15 Utah.

Running Back Eno Benjamin has been the catalyst for the resurgence of the ASU offense. He ran wild on the USC defense to the tune of 185 yards while bouncing off of would-be tacklers and maintaining uncanny balance when getting to the second level and beyond. Utah will pose the same back-breaking defense that ASU saw against Michigan State and San Diego State. The difference at this point in the season is that the Sun Devils have moved to a gap-blocking scheme which allows their Offensive Line to be physical with whoever lines up in front of them. Benjamin is now on track to break several single-season ASU rushing records because of this.

QB Manny Wilkins and all-everything WR N’Keal Harry seem to be on the same page now. A weapon like Harry can change every coverage scheme that Utah wants to run. If ASU’s running game is firing on all cylinders, QB Manny Wilkins and the offense can, “pick their poison”. USC believed that they had the athletes to single-cover Harry, which turned out to be a mistake nearly every time Harry was targeted. Wilkins should also be able to find some running room to the outside on run/pass option plays against the talented Ute defense who will be focused on stopping Benjamin up the middle. 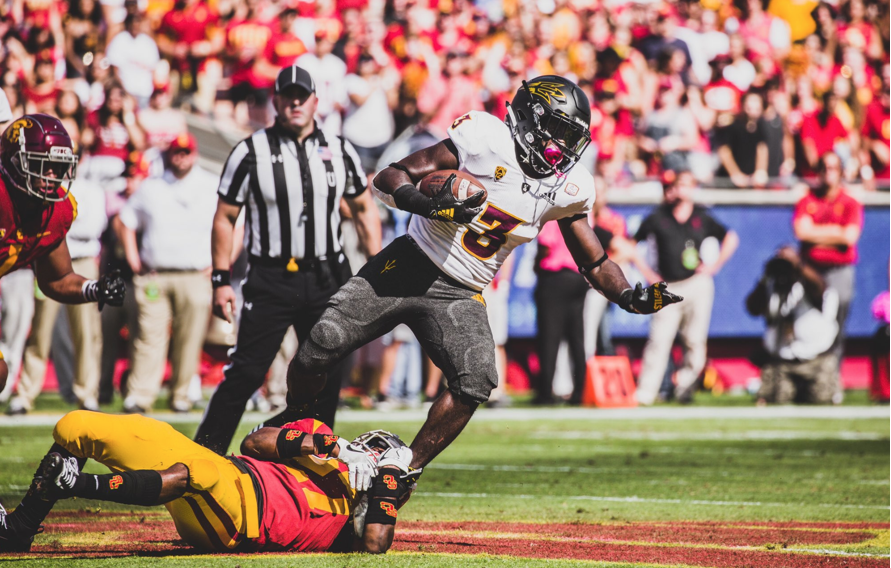 ASU is facing a fierce rushing attack by Utah. San Diego State may have provided a blueprint for how to wear the Devil’s defense down. Their personnel and DNA are similar to Utah in terms of wanting to own the line of scrimmage. The Utes will be physical at the point of attack and unleash Running Back Zack Moss on an ASU defense that is thin on the depth chart due to injuries. Utah QB Tyler Huntley is a dual-threat quarterback that will make ASU pay if the Sun Devils lose outside contain or aren’t sound in their gap assignments. ASU Defensive Tackle Renell Wren will be someone to watch as to whether he can continue to get into the opposing backfield and raise hell.

The Sun Devil defense did a good job of flying to the ball and gang-tackling against USC.  That along with even more aggression and fundamental tackling will go a long way in stuffing the run and forcing Huntley to beat them with his arm. A key factor is whether ASU leading tackler, Tillman Safety Jalen Harvey, is suiting up after a stinger took him out of the game last week. At this point in the season, there’s no room for “inexperience” excuses. Injuries are common for every team, and it comes down to which program that can best employ the “next man up” philosophy without missing a beat. This really is a game of physically beating the man in front of you. 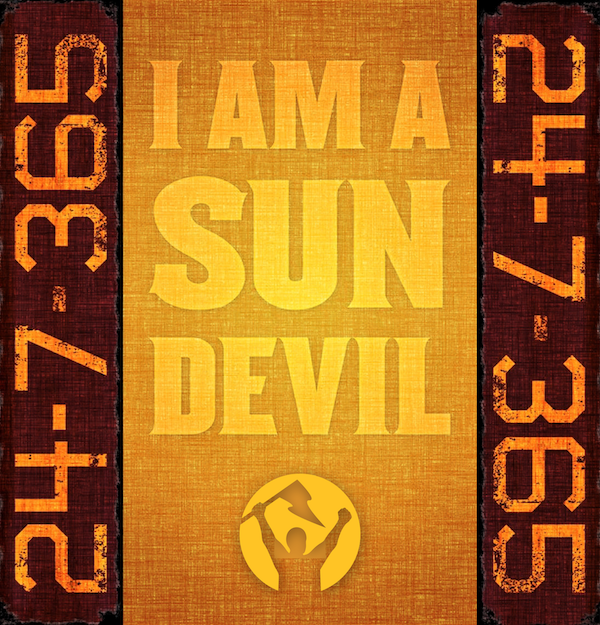 Sun Devil Stadium: Gear Up with STAY TRUE APPAREL at the Sparky’s Stadium Shop Mobile locations inside SDS on Gameday or Online 24-7-365

The Sun Devil return game continues to make questionable decisions when fielding punts and kickoffs. One great return last week by N’Keal Harry doesn’t change the fact that better decision-making will keep ASU’s offense out of poor field position. ASU has clearly found a special teams weapon in Harry, and a stellar kicking and punting game have benefitted ASU this year. This can and probably will be the difference in this game in which our Devils enter as the underdog.

Homecoming weekend and beautiful weather should bring out a raucous crowd at Sun Devil Stadium which always tips the scale for ASU. This one is going to be an old-fashioned back-alley fist fight….  Be there. Be loud. Be DieHard. 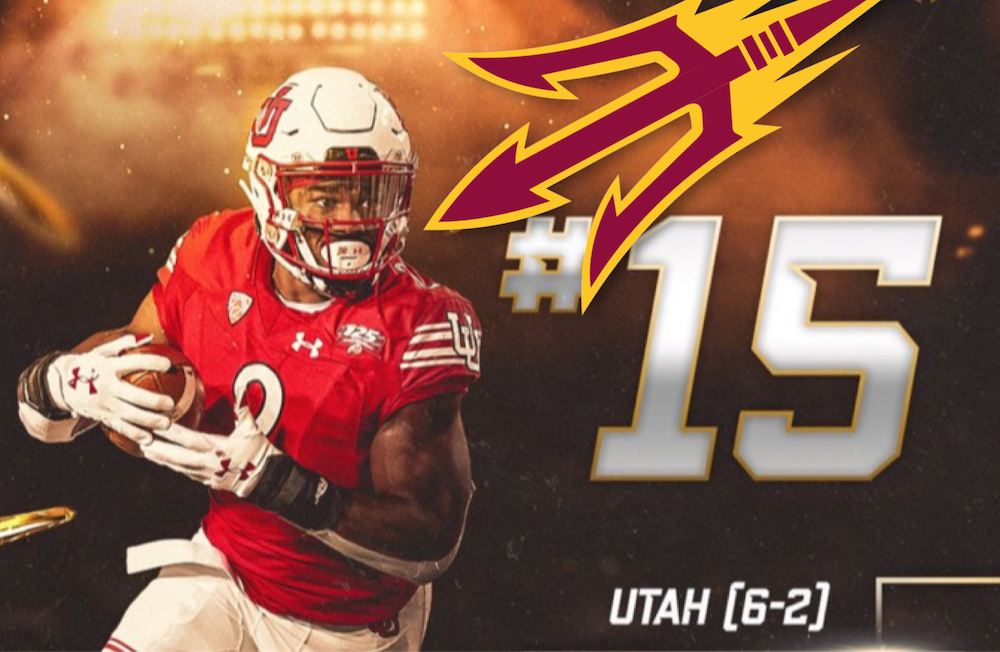