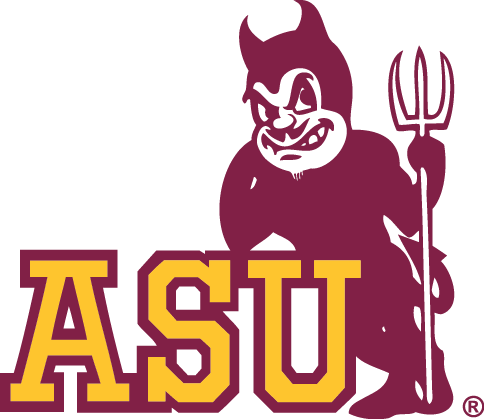 Last week, the Arizona State Sun Devils fell to 5-4 following a 31-26 loss to USC. ASU fell behind 28-7 after one quarter surrendering 4-touchdown passes and 297-yards via airmail in fifteen minutes.

ASU and back-up QB Joey Yellen methodically rallied with scores in each of the next three quarters keeping them in the game.

The Sun Devils have now lost 3 straight games they simply seemed ill-prepared for. It is as if ASU has not been planning for the opposition, and nobody has altered their game-plan against Danny Gonzalez in that stretch.

Oregon State (4-5) presents the next big challenge for the Sun Devils’ Defense. Gonzalez can’t sit in a “cover-2” in “umbrella formation” in Corvallis where the Beavers can run the ball well.

Jake Luton’s ability to spin the ball all over the gridiron has helped Senior RB (#21) Artavis Pierce rush for 727-yards at a 6.1 per carry and six touchdowns.  Pierce is a big-play back with all of the speed, agility, and size to create a headache for any FBS defense.

Artavis runs behind an offensive front that can push teams off the ball and open gaping holes into the secondary.  The Beaver line picks up blocks well downfield requiring defenses to stay in lanes and be disciplined.

When Artavis Pierce is taking a few plays off, OSU puts in 5’10” 215-pound Sophomore RB (#22) Jermar Jefferson who has 4 touchdown runs while averaging 5.1 per carry for 440 yards.  The Sun Devils need to punch first and often.

Oregon State has scored 14 or more points in 9 quarters of football this year. They dropped 21 or more in a few tilts to include 28 in the second quarter against that school from Tucson. The Beavers can start fast. Danny Gonzalez needs to put a Defense on the field that is ready for a fight because he can’t give Beaver play-makers much room to breathe. 
If the Sun Devils want to practice in December, they will have to show some commitment to ball control and pounding the rock.  Look for Eno Benjamin to have 30 combined touches out of the backfield tonight to keep Oregon State Linebackers on their toes. Someone other than Daniels and Benjamin has to carry the ball on Saturday night. Perhaps we’ll see Brandon Aiyuk in motion.

Aiyuk, Kyle Williams, and Frank Darby should present a baffling scenario for the OSU secondary. True Freshman QB Jayden Daniels should have a big game by simply putting the ball in his playmakers’ hands and doing so efficiently and fast.  If Aiyuk is pressed in one-on-one at any time he has to see it and exploit it. If the Beavers give Brandon a cushion, zip it to him, and let him make a play.

The Sun Devils could play pitch-and-catch until it opens up gaping holes in the OSU secondary for Eno Benjamin to exploit.  Daniels just has to know when and where the blitz is coming from on Saturday night and zip the ball fast. 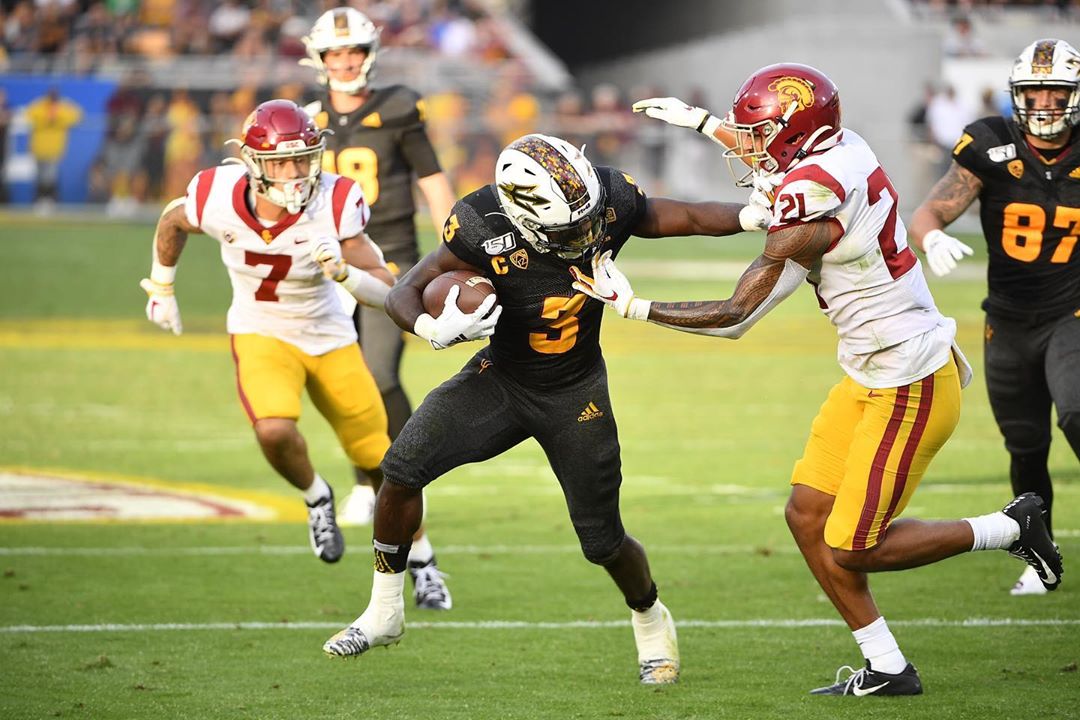 We are looking at similarly skilled teams in Arizona State and Oregon State.  In my opinion, turnovers will be the deciding factor in this matchup. The Beavers are more efficient but turn the rock over 2.6 times per outing.  It is vitally important for the Sun Devils to limit penalties and for Eno Benjamin to tighten his grip while fighting for extra yards.

Rob Likens is going to need to score more than his season average 23.7 points per contest and keep the Arizona State defense fresh by sustaining ASU drives. If Eno does not have 25 prescribed runs, I think the Sun DevilsS will pay.

Arizona State should win this one 34-24.

Sun Devils HC Herm Edwards called out his pass rush at his Monday presser. Let’s see if Arizona State’s offensive line can help their secondary effectively defend against a gun-slinger in the pocket. Gonzalez’s crew showed something last Saturday against USC by holding the Trojans to just 3 points after their 28-point explosion in the first quarter.

The Sun Devil offense must come out fast if they want to avoid the challenges they’ve created for themselves these last couple of games. The Defense must play stout to keep Beaver QB Jake Luton from orchestrating their lethal offensive attack.

5:30 pm MST Kick-off.  Watch the game on Fox Sports1 or listen on Arizona Sports 98.7. Gametime temperature will be in the 50’s with some fog and just 3-mph winds. Both Quarterbacks can sling it. Both teams can run. Which team will play better defense?

Congrats to @snakestakes on his College Football Hall of Fame Induction! pic.twitter.com/gvIOSW026B

All smiles from @NkealHarry15 as he opens his first media availability of the season 😃pic.twitter.com/384UjWOjpy

🗣 @YogiRoth weighs in on what it will take for us to get a W in Corvallis tomorrow night 👀 pic.twitter.com/MlAIdgiqRr