DMR will be leaned on today, probably more heavily than in any other game this season.

The Sun Devils return to the gridiron toting their first back-to-back losses since 2012, and today’s match-up with Washington State is a formidable challenge. The much-improved Cougars have earned a 5-3 record to date and are a contender to win the Pac-12 North Division.

These 4 players/ positions will factor big in the outcome of this game: We’re going to isolate DMR as a player today. His success, or lack thereof, is going to hinge on how well the Devil’s offensive line plays. ASU’s running game has been the offensive component that has had the closest semblance of consistency this season, and when it’s on, it’s on.

Richard showed why he’s ASU’s “Feature Back” against Oregon and will again have to come up big in Pullman under unpredictable skys. He’s facing an upstart Cougar defensive line which held Stanford to just three points well into the 3rd quarter last Saturday. DMR will be leaned on today, probably more heavily than in any other game this season.

NOTE: Mobile quarterbacks have had success on the ground vs Wazzu, something that may be a challenge for ASU QB Mike Bercovici because he is nursing a leg injury. We’ll see. 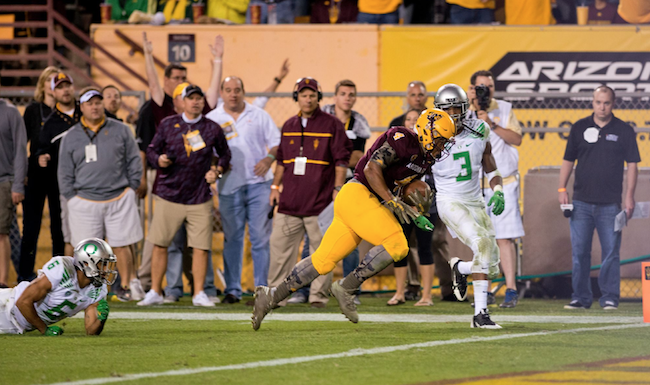 This is the most complete WSU defense that we’ve seen in years. In the past, whatever success the Cougars have had has come from out-gunning their opponents while still forfeiting big yards and points on defense. Things have changed.

LB Peyton Pelluer anchors a gang-tackle mentality defense that has smothered some of the best offenses in the conference including Oregon and Stanford. Pelluer has some beef in front of him with DL Darry Paulo which allows him to make plays in space. Key on ASU’s interior lineman and their ability to negate Pelluer and Paulo from stuffing what SHOULD be a run-heavy ASU offense. 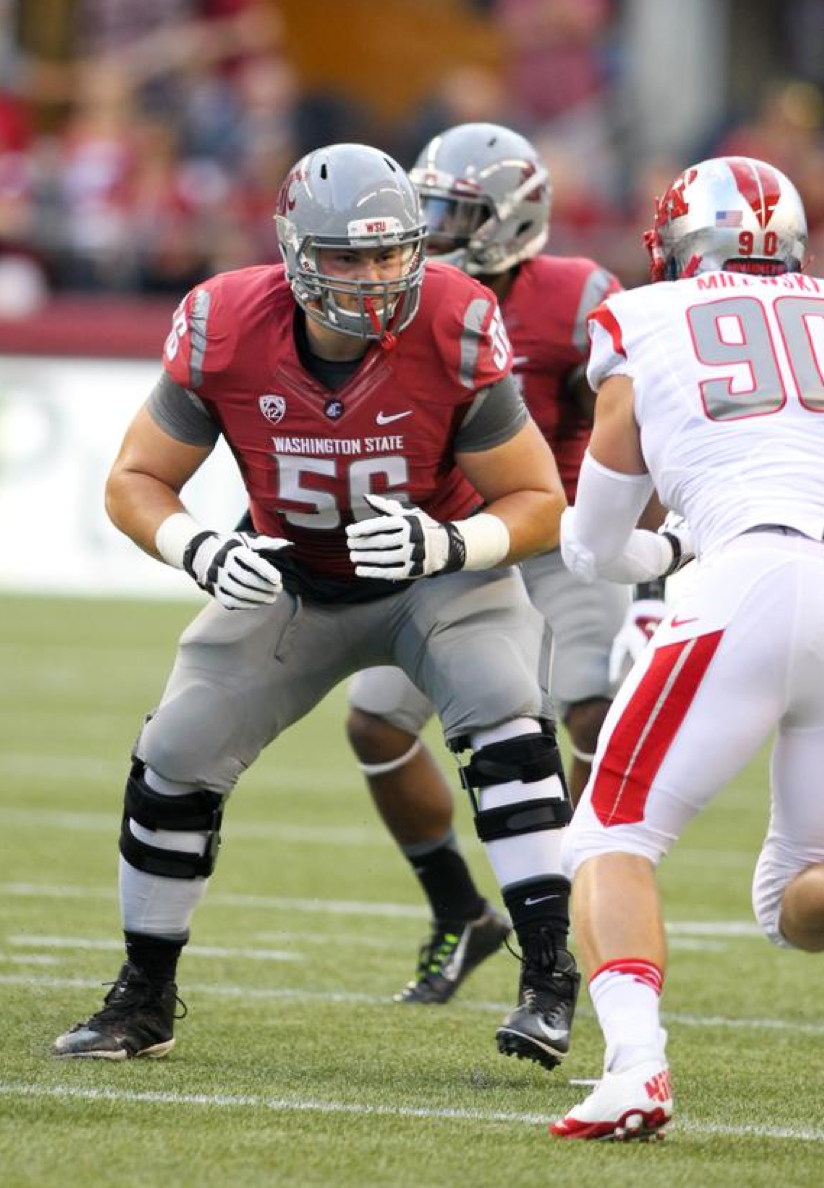 It would be easy to select QB Luke Falk or any of their prolific receivers as the players to watch. The truth is that those guys are going to produce, period. I want to focus on the talented Wazzu offensive tackles who have been the backbone of their offense this season.

The Air Raid isn’t a new concept for WSU, but they previously didn’t have the horses up front to truly optimize their offense. LT Joe Dahl and RT Cole Madison are two guys that have spring-boarded the Cougars offense through eight games. They give QB Luke Falk the time to read and pick apart defenses which has resulted in the #1 passing offense in the country this season.

This DieHardDevil writer believes that more complex blitzing schemes and never-seen stunting by the ASU front will keep these behemoths on their heels. ASU must pressure Falk into poor and forced decisions.

The strength of the defense has been stopping the run, which doesn’t make us too comfortable in that Wazzu passes on over 75% of their snaps.

ASU personnel will be in Nickel and Dime (5 and 6 defensive backs) coverage schemes for the better part of the game to cover the Cougars’ standard 5-6 receivers. This will pose multiple problems for ASU if coverages are not disguised well enough to keep Luke Falk guessing.

The Sun Devils are typically only in this scheme on 3rd and long situations and will have to move away from their more familiar defensive scheme today. This presents a few challenges:

It will be a tall order across the board to slow down Mike Leach’s offense. Falk throws the back-shoulder fade as well as anyone in the country. 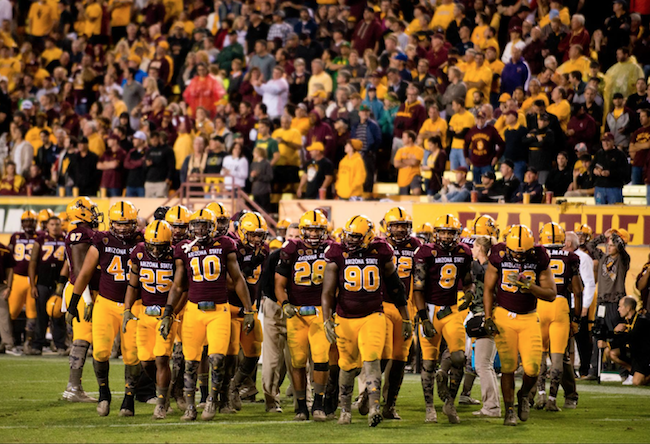 The weather in Pullman is always a factor in November.  We’ve seen rain, sleet, and snow in past years when it wasn’t foretasted. ASU’s coaching staff must be flexable in scheme due to possible changes in conditions, especially since that has been a shortcoming for this staff in previous bad-weather games.

Also worth noting, ASU gave up a return touchdown against Oregon, and Washington State’s return specialists are at least as good as Oregon’s.

With many of their initial preseason goals now out of reach, ASU is playing for pride, an upper-tier bowl game, and most importantly their seniors. Regardless of the outcome of this game and season, this group of graduating Sun Devils deserve immense respect and admiration for turning this program around. 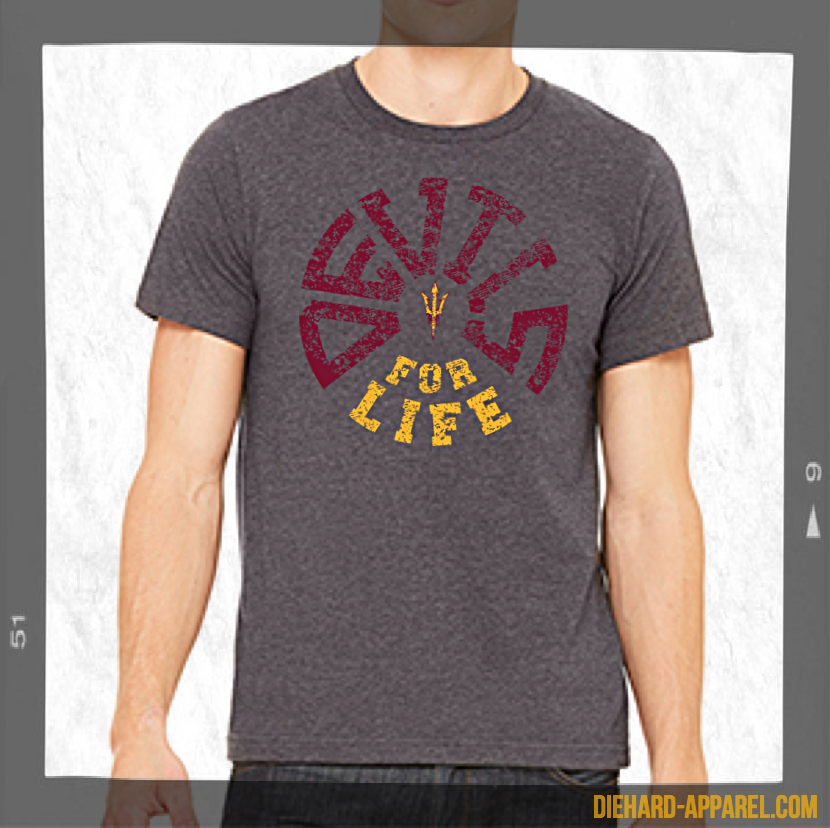 ALL DAY, EVERY DAY