This support group for ASU Basketball fills the 942 seats in the student section to rock the house every home game; thus the 942 Crew. They built a strong following last year which has carried over to this season. Only this year, they are taking things to another level.

Over the summer, the leaders of the 942 Crew met with Bill Kennedy, ASU’s Associate AD who works directly with the students for game day activities. They held an open discussion and brainstormed new ideas for the upcoming season.

The idea for the “Curtain of Distraction” was born.

“We’ve been trying to find something unique that we can call our own, so we came up with the Curtain of Distraction,” Kennedy said. “It’s something that adds to the in-game experience for the students which then translates to the fans, and it’s a lot of fun for everyone.”

Here’s how it works. In the second half of home basketball games, the opposing team is facing the 942 Crew student section for their free throws. When an opposing player heads to the line, the students roll out two sets of black curtains on each side of the basket. Right before the player shoots, the curtains open and the comedy begins. 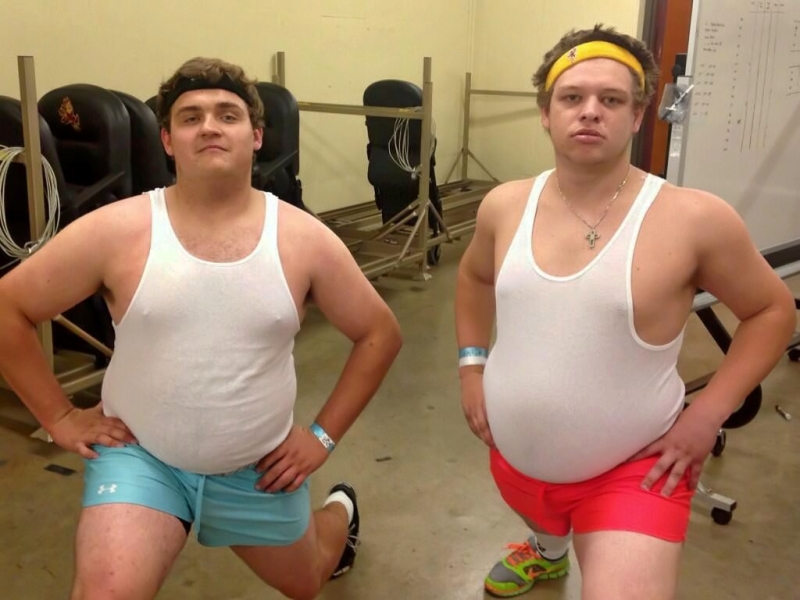 The Richard Simmons Twins ready for their turn behind the curtain.

With each game comes a new surprise, and it’s usually completely out of left field in order to break the focus of the opponent.

Sun Devil fans love the anticipation of not knowing what’s behind the curtain. So far this season, we have seen the Richard Simmons workout twins, a hot dog eating contest, a man in a canoe with rowing paddles and a version of Wrecking Ball by Miley Cyrus. Good stuff.

The students are getting more and more into it, and they love their 15 seconds of fame each game. Kennedy added, “Our hope is that the fans, in addition to coming to see great basketball, will also come to see what crazy stuff the student section is doing.”

The Curtain of Distraction isn’t just for fun. It’s having an impact on the outcome of games in favor of the Sun Devils. Since its inception, the “Curtain” is holding opponents to under 60% free throw shooting when they face the student section.

Kip LeGate is one of the ASU student leaders who helps rally the troops on game day.

“It makes the experience for the students so much better. The more students we get at the games, the energy at Wells Fargo Arena is a million times better and that also pushes the team.” Kip also added, “We’re lucky at ASU because we have 10,000 new freshmen coming in and we have the opportunity to win over new students.”

With Kennedy’s help and the support of the ASU Athletic Department, the student section has become a force to be reckoned with at home football and basketball games.

Keep up the good work guys. 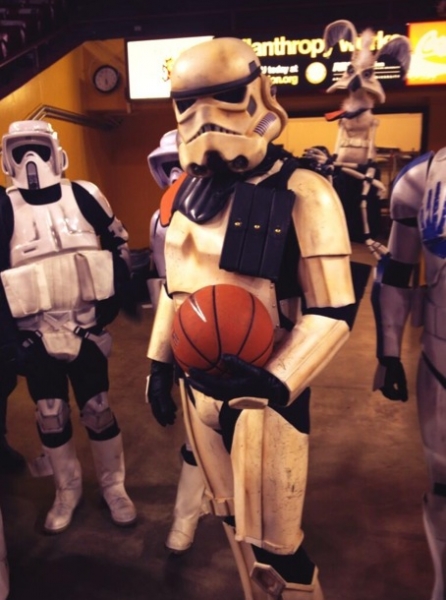 Don’t Mess with this Crew