ASU has just 4 games before the PAC-12 Tourney

Moving through this 2018-2019 Arizona State Basketball Campaign, we have witnessed sparks of change and outbursts of brilliance.  Winning does not have to be easy, and this Sun Devil team has left marks behind, however small or seemingly insignificant in the moment.  Arizona State University is learning how to win Pac-12 games with grit and consistent tenacity.

As a DieHard Sun Devil fan, the one thing we can hang our hat upon is Bobby Hurley’s teams are resilient and never give up. This is especially true when Coach is wearing his black dress shirt.  But with every close game, win or lose, the young Sun Devils are growing. Arizona State Basketball has plenty of fight to make an NCAA tournament run, but first, they have to qualify.  They may have taken some casualties over the season. Things can get pretty erratic at times, but these Sun Devils should win the next four Conference battles. The Sun Devils always need minutes from their bench, be it just a few in spots to rest their dynamic starting unit.  Taeshon Cherry, Kimani Lawrence, and De’Quon Lake combined to shoot 8-13 from the field grabbing nine rebounds in 49 meaningful minutes of play.  ASU’s bench outscored Stanford 21-13. Most importantly, Arizona State Basketball’s starting 5 was fresh all night long.

After shooting 11-22 from the floor in the first half, Stanford lost their legs and finished 10-33 in the second.  Stanford shot 9.5% from three-point range going 2-21. In forty minutes of gameplay, Stanford made 3 total shots from outside of 12 feet.  To put that another way, The Cardinal were 3-23 from beyond the low post. 7’ Senior Center Josh Sharma was a beast in the paint, shooting a perfect 7-7 from the floor, with four of his seven rebounds on the offensive end.  The rest of the Stanford team was 14-48 from the field!

The Cardinal were without their leading scorer (17.5 ppg) KZ Okpala who along with Oscar Da Silva both dropped 21 on the Sun Devils in Palo Alto in January.  Tonight, Da Silva, the 6’9” 225 lb. sophomore from Munich was 0-6 from three-point range and 6-9 in the low post. He finished with 15 points and forced into foul trouble because of ASU’s offensive attacks inside.

This was a close contest all things considered.  But Arizona State Basketball pulled away late with two clutch 3-point shots by Zylan Cheatham (1-1) and Rob Edwards (2-4) as well as consistent attacks to the rim by Remy Martin and Luguentz Dort.  The final minute was highlighted by a between the leg pass from “Share the Sugar” Remy Martin to De’Quon Lake for a monster slam dunk in transition. Lake was fouled by Isaac White and completed the natural three-point play with a made free throw.

That between-the-legs pass though 😯 #SCtop10 pic.twitter.com/NXLQ8vStbT

“The only important statistic is the final score” – Bill Russell

The Sun Devils won 80-62, the very 18-point spread I predicted, and it was under the 151.5 total.  Imagine what could have happened if we protected that low post a little better. Arizona State Basketball (18-8 overall; 9-5 Pac-12) needed this win on a variety of fronts.  They have alternated wins and losses for the past seven games and now have rolled off two in a row. The game was erratic at times, but of course, the only statistic that matters is the end result. Last night it was beautiful.

“I had a feeling we would deliver, and this is my `gangster’ shirt and the guys played like gangsters out there. They played hard, they took control of the game, they battled, they fought.”  Maybe Coach Hurley can wear that same shirt when Arizona State Football wears their all-white uniforms?

In Berkeley, the Sun Devils had to overcome an erratic first half to beat the Bears 80-66 earlier this season.  With Oregon, Oregon State and Arizona all on the road, ASU will be focused Sunday and should absolutely run the 5-20 California team into the Sonoran Sand.

With that being said, California has played some teams tough including 2nd place Oregon State recently.  One of Cals wins is against San Diego State who now is 17-9 after beating 6th ranked Nevada 65-57.  The same Nevada team our beloved Sun Devils had on the ropes but couldn’t knock out!

Both teams are 3.5 games behind the Washington Huskies.  Down the stretch, ASU, OSU, Oregon, UCLA, USC, Stanford, Utah, and Colorado are all playing for a first-round bye in the Pac-12 tournament. Currently, Washington, Oregon State, Arizona State, and Utah rest in the top four.

In my humble opinion, garnering a bye is a critical goal for the Sun Devils who sit on the NCAA Tournament Bubble. Last year they lost to Colorado in the first round of the Pac-12 tournament.  They crawled into the NCAA tournament with a play-in game against Syracuse they also ended up losing. ASU was talented enough to win both.

He has been clutch when his team has needed him most.  Sometimes we forget this is a true Sophomore with two more years left in Tempe!  He has the speed, agility, heart, and work ethic to become a pesky pro in the Association.  Remy grabbed five rebounds like a man possessed! He had two steals and got to the free throw line eight times hitting five of them.

I have said it a dozen times, nobody wants Remy Martin or Luguentz Dort chasing them around for 40 minutes a night.  Talented Cardinal Sophomore playmaker Daejon Davis finished 0-4 from the three-point line on 1-8 shooting for the night.  He had four turnovers and only two assists. As a team Stanford had 13 turnovers and only 10 assists for the night. Dort and Martin forced Stanford guards and forwards into some hurried shots and bad passes.

Stanford at the Rim

As expected, Stanford needed to get into the paint to score.  18 of the 21 made field goal attempts by The Cardinal were within 12’ of the rim.  7 ft. Center Josh Sharma and 6’5” Guard Marcus Sheffield had the only two shot attempts between 13’ and 20’9”.  Sharma hit a 14’ jumper, but Sheffield missed from the same spot. Stanford shot 19-35 from inside the arc, and 2-21 from beyond.

6’9” Sophomore forward KZ Okpala did not play Wednesday night, he is averaging 17.5 points a game.  Okpala was a headache for the Sun Devils earlier this season with 9 boards, two steals, and 21 points.  It’s my humble opinion Stanford missed his defense and ability to get to the rim in Tempe tonight. 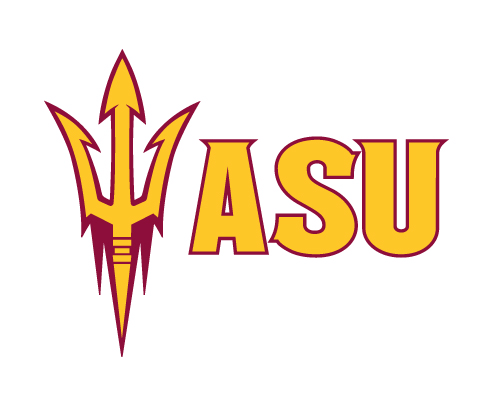 I still believe Arizona State Basketball is 18 points better than Stanford anytime they are playing a complete game.  In wins against Utah and now Stanford, the Sun Devils are taking it to the hoop when they need a bucket and are more collected now than at any point this season.  Against Stanford, they had 31 shot attempts from inside the arc and only 21 from deep. The Sun Devils have shot 54% and 51% from the field in these last two wins.