Salt Lake City, UT – This one really hurt.  Coming off a loss to Stanford at home and already being on thin ice to get selected for the NCAA tournament, the Sun Devils needed to sweep their two game road trip to remain relevant to the selection committee.   That didn’t happen as ASU (18-7 / 7-5 Pac-12) lost to Utah (11-13 / 3-9 Pac-12) in Salt Lake City on Wednesday night, 60-55. 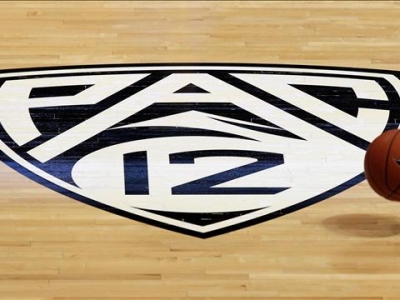 The Sun Devils struggled early and often during the contest.  Some have said that the wear and tear of the season is catching up with the ASU players.  If that’s the case, the altitude in Salt Lake couldn’t have helped.  This was a team that the Sun Devils should have beat.  Instead, they got off to a slow start and played catch up during most of the game.  ASU regained the lead near the end of the game, but poor shooting from the free throw line and behind the arc killed their chances to close out the Utes.   Jason Washburn paced Utah with 26 points.

There were a few bright spots for the Devils.  Chris Colvin had a great night hitting shots (10 points) and dishing out assists (4).  Carrick Felix had another double-double with 14 points and 11 boards.  But it wasn’t enough.  Especially when the entire team shot 31.8% from three point land and 40% from the foul line (4-10).  That’s not a typo.  40% on free throws.  That kind of night from the charity stripe solidifies the Sun Devils last place ranking for free throws in the Pac-12.

ASU still has a chance to close out the season strong and has the ability to make a run in the Pac-12 tournament, but the loss to Utah will leave a mark.  Next up, Colorado in Boulder on Saturday, February 16th at 7:00 PM (MST).