ASU proved to a lot of naysayers last week that they could go on the road and beat an inferior team in cold weather. However, they also played a one-dimensional team that didn’t have the horses up front on either side of the ball that could set that physical tone and hit anyone in the mouth.

Today in game #9, the Devils face a far more physical team who feels as though they can control the line of scrimmage and beat just about anyone who visits Salt Lake City. 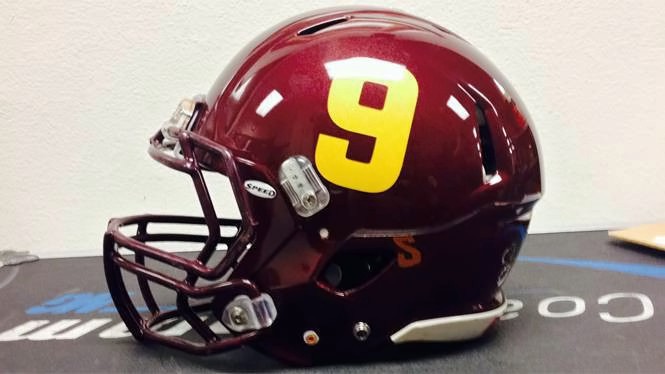 Who Will Own the Trenches?

Utah is built from the same cloth as Stanford. They are big, physical, and play assignment-sound football under Head Coach Kyle Whittingham.

Although they are less talented than Stanford, the “own the trenches” attitude remains the same. We’ve seen what a bruising offensive and defensive line like Stanford can do to a team like ASU who wants to play fast and get the ball to their play makers in space.

Utah beat Stanford at home in a smash-mouth game and will look to replicate that same game plan against ASU. This team is still entirely better than their record shows, having taken UCLA to the wire and then losing to Oregon State in overtime.

Spread-Option Scheme is the Magic Formula

The Devils will still heavily rely on RB Marion Grice chew up big yardage in the running game behind a much-improved offensive line. But the Utes’ defensive front has proven to be tough to move off of the ball in any attempts to establish a consistent running game. 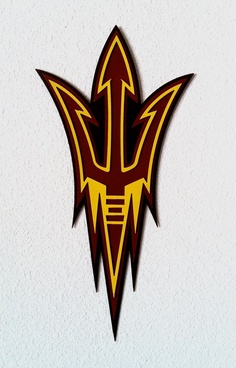 The key to this game will be QB Taylor Kelly and his brilliant decision-making in the spread-option scheme that ASU runs. Over the past several weeks, it’s been Kelly’s ability to read defenses and make big plays with his feet that have kept defenses on their heels.

It would be in ASU’s best interest to keep Kelly upright and limit his rushing attempts. This shouldn’t be a problem with more Sun Devil skill players stepping up in recent weeks making plays downfield, but it all starts with Kelly having the time in the pocket to find those players downfield.

Grice as a Receiver?

RB Marion Grice has been a Defensive Coordinator’s nightmare with his ability to get into the end zone either rushing or catching the ball out of the backfield. Look for Grice to have a huge game receiving, as Utah does not have a defender that can effectively cover him releasing on passing routes out of the backfield.

With Utah’s propensity to stack the box in order to stifle opposing running backs, there should also be plenty of room for TE Chris Coyle and slot receiver DJ Foster to find space in the intermediate routes for sizeable gains. With WR Jaelen Strong back to full strength, look for him and fellow WR’s Rick Smith and Cameron Smith to stretch the Utah secondary all game long. ASU has done a great job all season in taking what the defense gives them. Saturday should be no different, and big plays downfield will be a focus of the Devil offense.

Not Just Sutton and Bradford

Defensively, ASU is still one of the most under-rated units in the country. Devil Backer Carl Bradford has been a nuisance for every offense over the past several weeks and Will Sutton has done everything that was expected as a returning All-American this season.

However, the most pleasant surprises have come from Davon Coleman, who is a versatile a DL and can bring heat from every DL position, and DE Gannon Conway who has come into his own as a reliable run-stopper on the edge with an improved ability to get pressure on opposing QB’s. Utah will undoubtedly attempt to press the ASU defense with a grinding running attack while still taking shots downfield. 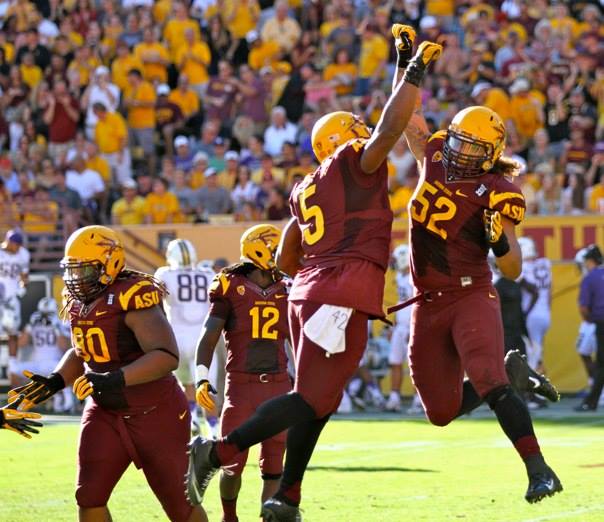 Sutton and Bradford aren’t the only big time players on defense.

As expected, Bandit (boundary side) safety Alden Darby has had moments of brilliance, but will still find himself out of position on occasion, and the field safety spot is still a position with question marks going into the latter half of the season. Damarius Randall has seemingly locked down the position, but appears to still be learning the nuances there.

Boundary-side cornerback is in good hands with All-Conference candidate Osahon Irabor who should be healthy this week after getting dinged up against WSU. The biggest question mark on defense lies within the ASU linebacker core, especially at the SPUR LB spot. Chris Young moved from the SPUR to the Willie backer spot and has performed at a high level with his ability to tackle one-on-one in space.

What is troubling is that no one player has staked his claim at the all-important SPUR LB position. Look for Utah to exploit that spot both in the run and isolating whoever plays SPUR in passing routes. This match-up will be a huge factor in deciding this all important Pac-12 South game.

On paper, ASU has way too much talent for Utah to handle, but these big games aren’t played on paper. Stanford went into Salt Lake City as heavy favorites, only to lose at what they do best…Out-physical teams. ASU will have their hands full this weekend with a bitter and physical team. A quick start jumping out to an early lead will go a long way in winning this one, as Utah is not built to come back from an early deficit. What was once a “penciled in victory” coming into the season has now turned into a definite dog fight, and ASU has to win these tough games if they ultimately want to win championships.