Bobby Hurley’s Sun Devils come home from Shanghai to take on Donyell Marshall’s Blue Devils from “hard hittin’” New Britain, Central Connecticut State. Thursday’s tilt at The Bank should showcase the talent of the 2019-2020 Sun Devil roster who need to dominate this game from tip-off.

If you don’t know, Central Connecticut Coach Donyell Marshall had a storied collegiate career at UCONN averaging 18 points and 7 boards a game. Marshall had a solid 14-year professional career including an NBA record twelve 3-pointers in a single game while playing for the Toronto Raptors.

Donyell Marshall is 31-63 entering his fifth year as the CCSU head coach. Expect his young Blue Devils to struggle in several aspects of this game.

The combined playing experience on the CCSU squad is .2 years (point-two).  Six of their players transferred in the offseason to East Tennessee, Clarendon College and Maryville.  These Blue Devils have already lost to Hartford by 15 at home and to St. John’s by 30-points.

Sophomore Karrington Wallace (#23) and Senior Jamir Coleman (#15) are both 6’7” Forwards who will patrol the paint against the Sun Devils. The Blue Devils are hoping a trio of Freshman Guards in 6’4” 175-pound Greg Outlaw, 6’4” 200-pound Jamir Reed, and 6’2” 170-pound speedster Myles Baker (#2) provides more stability night in and night out.

Come see for yourself. pic.twitter.com/aUloeoOMzm

Keys to a Sun Devil Victory

Remy Martin, Alonzo Verge Jr., and Jaelen House combined for 10-steals against Colorado.  House runs like a gazelle just like his father, and his defense is going to be a story all season long. Against Central Connecticut, team defense and conditioning should be a Sun Devil strength.

ASU’s ability to generate scores off of turnovers is essential in this 2019-2020 campaign. This is a game where they can continue to hone their players’ ability to read and react to where the opponent is moving.  The Sun Devils struggled last season to defend space and anticipate. 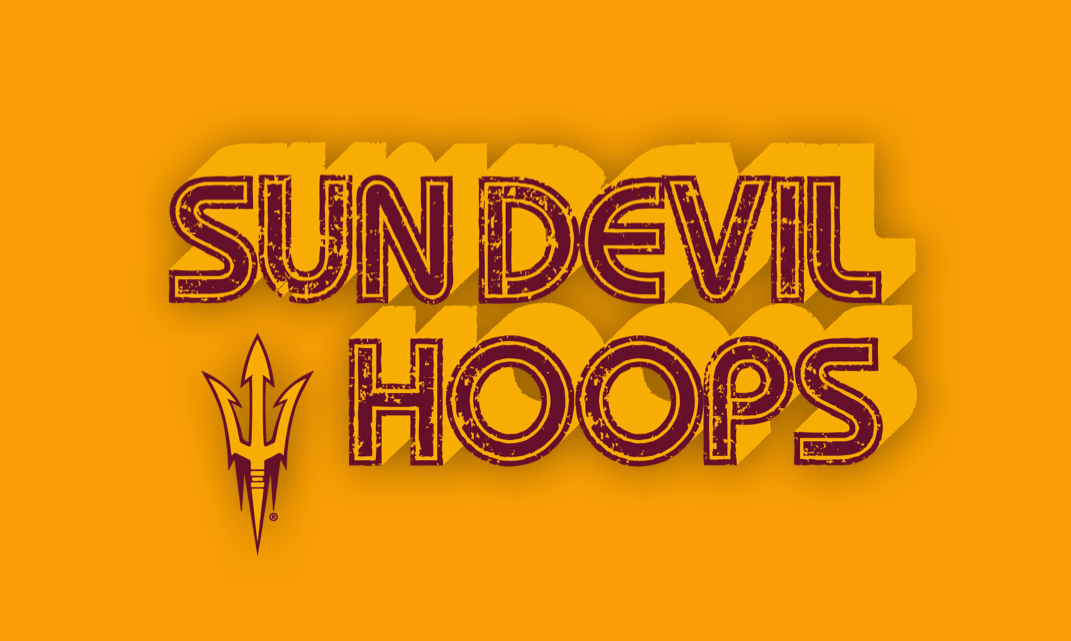 The Official T-Shirt – Only at StayTrueApparelCo.com

Consistent defensive rebounding needs to be an area of improvement for the entire Sun Devil team. In critical spots last season, Arizona State expected Zylan Cheatham to do all of the grunt-work cleaning the glass while the rest of the team was caught watching the paint dry.
With this, Romello White has to watch his fouls, play vertical and exploit 10’ to 15’ from the rim as much as he may want to get on the block. Against CCSU Hurley should have White working on his short jump shot as well as passing outside anytime he is double-teamed. White’s assist numbers should rise this campaign.

True Freshman 6’9” 205-pound Jalen Graham patrolled the paint well in Shanghai, finishing 3-4 shooting with 5 blocked shots in Game #1. Against the Blue Devils, Hurley should give Graham more touches and expect him to tally at least five more rejections in the paint. On offense, running sets rather than the default motion will help to get more players open and in rhythm for perimeter three-point shots.  The Pac-12 Conference is athletic, long and tall, Arizona State will live or die via perimeter shooting, and knowing when and where to stop and pop in the middle of zone defenses.

Against the Colorado Buffaloes Alonzo Verge Jr. and Jaelen House went “Dort” by volume shooting at a 15-percent success rate. The two guards combined to go 3-20 from the field and 1-7 from downtown Shanghai. Meanwhile, veteran guards Kimani Lawrence and Rob Edwards went 10-20 from the field and 5-8 from long-range.

Shot selection and more structure in offensive sets for Sun Devil Hoops will be vital for the Sun Devils leading into games against far more polished teams.

One unfortunate Jekyll and Hyde aspect of Sun Devil Hoops now in year five under Bobby Hurley is pounding the rock. Historically, all top tier teams in the game of basketball use the pass, not the dribble to attack angles and holes in opposing defenses. Running around dribbling 30 feet from the hoop and jacking up a last-second shot on any possession must stop this year.

Against one of the bottom-ranked teams in the nation, Bobby Hurley needs to focus on the fundamentals.  Sure, Arizona State could athletically run CCSU out of The Bank. This can’t be a playground game beyond that. On the run, if a shot does not present itself, kick-it-out and run a set offense. Get shooters actual shots, don’t make them manufacture them.

In other Sun Devil Hoops news:

the definition of a day one homie 💯@bagleymarcus23 | #ThrowbackThursday pic.twitter.com/ZgRcgsjsyl