Tempe, AZ – There are 942 seats in the lower bowl of the student section at Wells Fargo Arena. One group of students is making a difference by assuring that those seats are filled for every ASU basketball game. 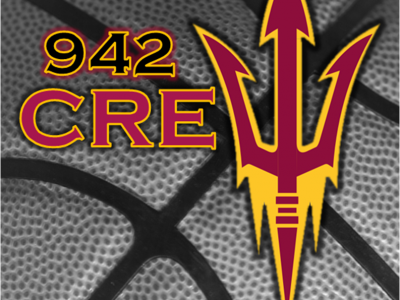 This student-led group is made up of a committee of twenty student leaders that branch out and network with fellow Sun Devil undergrads. Each leader is required to bring three new members to each game. They sacrifice their time and energy to pack their section and make a lot of noise. The 942 Crew promotes games by handing out flyers on campus. Sometimes they’ll even bring a player along to build the support and turn-out at games. Come game time, you’ll see lots of signage including some ridiculously large head-shots bouncing around their section.

We recently spoke with Alex Arroyo, one of the leaders of the 942 Crew. “Our main goal is to get more than 942 students to every home game”, Arroyo said. “We are doing that through social media and going out & personally inviting other students to come to games. Some students didn’t even realize that they can attend the games for free.”

Sun Devil Super-Fan and recent graduate, Nate McWhorter, is a founding member of the group. “The 942 crew has been an outstanding project headed by some amazing and dedicated students. They have done a great job of growing student interest in basketball by working with every little aspect of the game”, Nate said. “They put in the time and effort to ensure that they market the game, and once students are there, they do a great job of making sure it is a fun atmosphere. The core students of 942 are the champions. I think that this is a goal that the University and Athletics can strive for, and I believe the student and fan support for Sun Devil Athletics can be a formidable force.”

(video courtesy of The State Press)

These DieHard Undergrads are getting it done, and the numbers don’t lie… 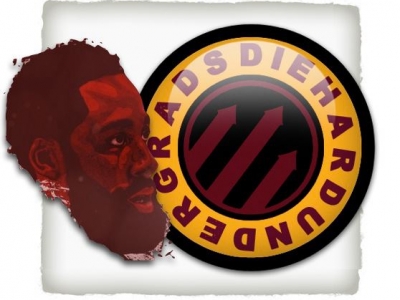 When asked about the impact that this organized effort is having on the team, Arroyo said, “The energy is ridiculous. It’s so motivating for the players to hear the students have a loud voice and cheer. It makes us cheer even louder. I really think we help a lot.”

Tonight, ASU basketball hosts Washington State for an 8:00 pm MT tip-off. It happens to be James Harden beard night, and the 942 Crew has something special up their sleeve. The entire student section will remain silent until the Devils score their 13th point, in honor of Harden’s jersey number. After that, plug your ears. (The Devils won the game defeating Washington State 69-57 for their 20th win on the season.)

UPDATE, February 24, 2013: Despite the Devils 68-59 Home loss to Washington on Saturday February 23, the 942 Crew posted their biggest turnout of the season with 1,515 Undergrads. These kids exemplify Sun Devil Pride. GO DEVILS. 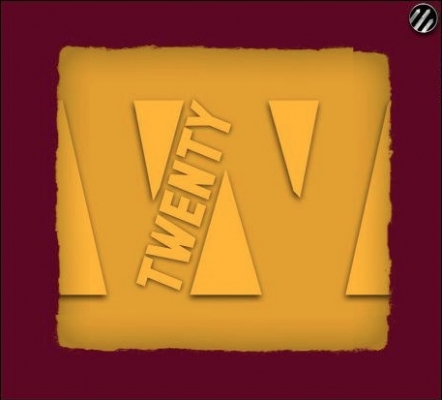