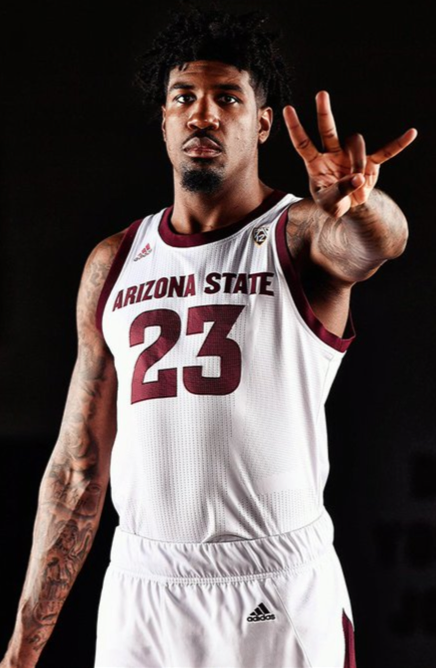 As a team trainer attended to a cut on his chin late in the second half, Sun Devil Hoops‘ Romello White figured his night was done. He was having the type of effort ASU sorely needed against the University of San Francisco Dons.

“I was really mad because (the trainer) told me I needed stitches, so I thought I wasn’t going to play anymore,” White said. “I got real, real mad. I was anxious to get back. He just put a band-aid on it and I got back in.” Romello White got back in the game at just the right time.

The Big Fundamental scored 14 points including a pivotal short hook shot with 1:31 left, and Arizona State held on to beat San Francisco 71-67 on Tuesday night.  Romello White had his first “double-double” of the season adding 11-boards and some big minutes on the block.

Remy Martin had 14 points, five assists and six rebounds for Sun Devil Hoops (5-2). Martin, ASU’s leading scorer, was coming off a career-high 33 against Princeton last week.  He was 4 of 15 from the field with four turnovers.

“Remy didn’t have his usual game … and we were able to weather the storm,” Arizona State coach Bobby Hurley said. “Good things happen when we get the ball to Romello. We have multiple guys that we think can impact winning for us at the offensive end. We just have to get a little more balanced.”

Sun Devil Hoops has to figure out how to structure offensive sets to get both Remy Martin and Rob Edwards better shots come 2020 and Pac-12 play. Getting shooters squared-up with good looks starts with putting the ball inside first and then playing out.

As we mentioned, someone else had to show-up in San Francisco, and the squad we suggested did just that.

Taeshon Cherry, Kimani Lawrence, and Jalen Graham were 10-15 shooting on 2-3 from beyond the arc and 4-5 from the free-throw line. The trio grabbed 9-rebounds, one steal, and one assist contributing 44-minutes off the pine.  Their length, agility, and gritty effort was the difference-maker at War Memorial Gymnasium in San Francisco.

Khalid Thomas and Elias Valtonen both started against USF. Valtonen hit two critical 3’s down the stretch, grabbed 2-boards and added 1 block in 21-minutes.  Thomas grabbed 5-boards, had 1 steal and 1 blocked shot in 19-minutes. Both could have gotten more looks.

If I were to tell you Rob Edwards, Remy Martin, Alonzo Verge Jr. and Jaelen House would play a combined 89-minutes and only shoot 7-34 with 3:12 left in the second half, would you think the Sun Devils could keep this road game close? The contest was a grudge match with 12 lead changes in the second half alone.

It was actually back and forth from the tip. Arizona State headed into the half with a 35-30 lead thanks to 10 points from both Martin and White.

Bobby Hurley put the puzzle pieces together at the right time on Tuesday Night playing ten deep. This allowed him to keep his starting-five below 30-minutes each for the first time in a long time.

San Francisco started the second half with an 8-0 run, but the Sun Devils responded with six-points to take a 41-40 lead. USF’s Jamaree Bouyea had 17 points and Khalil Shabazz added 15 for San Francisco (7-2).

Sun Devil Hoops hounded USF shooting guard Jordan Ratinho who was 0-6 from beyond the arc.  USF shot 8-28 from deep and was held below their season average of 13-offensive boards (11).

Jaelen House and Alonzo Verge Jr. combined to produce a single basket, going 1-13.  In fact, in 18 possessions, the pair produced just 3-assists, 2-turnovers, and a single layup.  That is four-scores on eighteen opportunities for a 22-percent offensive efficiency rating. ASU could not afford to give the USF extra possessions or shots. 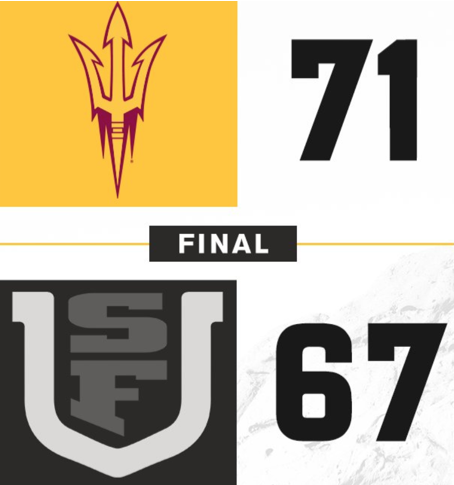 Sun Devil Hoops moves to 5-2 on the season

Alonzo Verge Jr. is lacking confidence in game-play. If Hurley needs to spell House and Martin it’s time to consider 6’1” 180-pound Freshman Guard Caleb Christopher in spots.  Verge is currently 0-11 from beyond the arc and is a volume shooter with lackluster results. Imagine dishing those 11 long-range-shots to Taeshon Cherry, Khalid Thomas or Rob Edwards.

From an efficiency stance, Verge is 24-percent from the field. As a floor general, he has 13-assists, 7-steals, and only 2-turnovers. In four games Verge has taken 45 shots to score just 28-points. 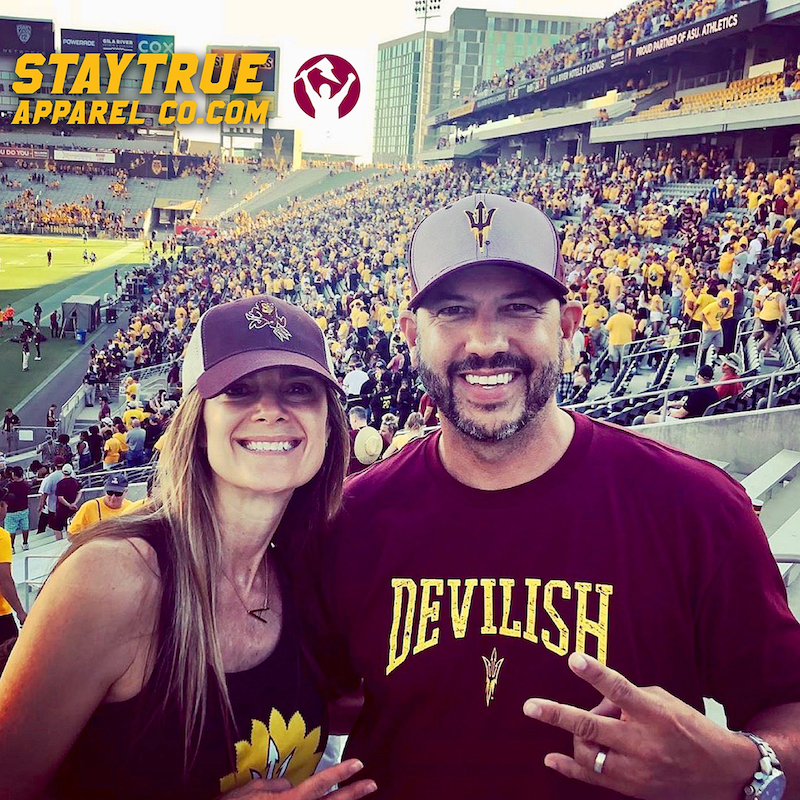