Menu
“It’s Forks Up or Nothing”, QB Manny Wilkins will be a Sun Devil
31
May 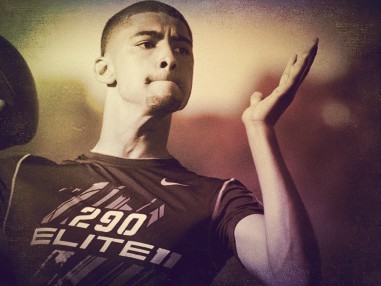 The ASU football coaching staff was able to secure a verbal commitment from Novato (CA) San Marin HS quarterback Manny Wilkins on Thursday.  Wilkins had unofficially visited the ASU spring scrimmage in April, and then again this past Sunday.  He had been admittedly waiting for Coach Graham and company to officially offer him, and his wish came true shortly after his most recent visit.  The scholarship offer was delayed and hinging on the chances of ASU landing local AZ QB prospect Kyle Allen.  But Wilkins’ offer came directly on the heels of Allen eliminating the Devils from consideration, and Wilkins was quick to pull the trigger with his commitment.

ASU Offensive Coordinator Mike Norvell can be credited with developing a strong relationship with Wilkins after spending much time with him breaking down film of the Sun Devil offense. 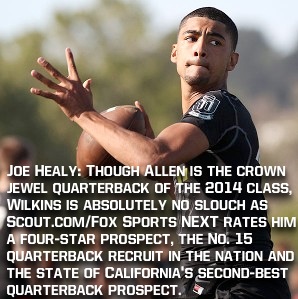 Wilkins currently stands 6-3, 185 pounds with a frame to gain more weight comfortably without losing any of his impressive foot speed.  He possesses a strong arm and has already shown that he can throw all of the downfield routes with ease. Although labeled as a “pro-style” quarterback, the San Marin HS gun slinger has also shown a propensity to tuck the ball and run with great success. 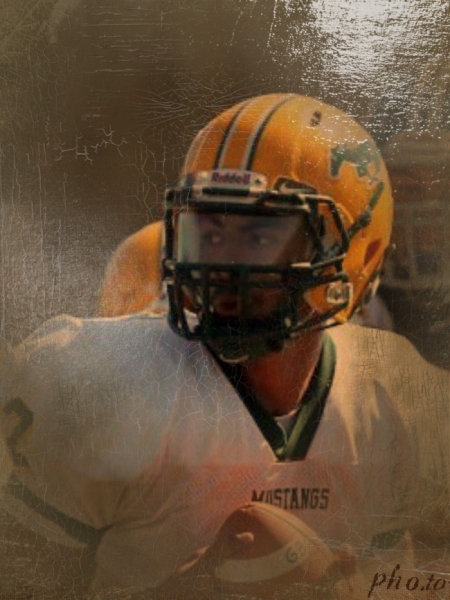 Marin High School QB, Manny Wilkins, is on his way to Tempe

The Sun Devil coaching staff not only landed a potential game-changing QB, but also what appears to be a solid recruiter.  The newest Sun Devil has done his part on social media to reach out to many of the local Arizona top prospects in an attempt to help secure a top 2014 recruiting class. The commitment from a natural leader like Wilkins (Video Interview below) will go a long way in continuing to fill the roster with high character student-athletes. Wilkins, who knew he was ready to commit upon receiving his offer, held off until being absolutely sure that Tempe was the right choice for him.  He stated that he was fully aware of ASU’s committed QB from the 2013 class de-committing in the final hours before signing day, and wanted to make sure that his word would be binding through signing day in February.  He stated that the only official visit he will take will be to ASU this fall.

Wilkins has trained with renowned QB coach Roger Theder for over two years, making the hour long drive on his own early Saturday mornings every weekend.  Watching his film, it is evident that the work he has put in has contributed to his advanced mechanics and footwork for someone at this stage in their development.  Manny has been raised by his Aunt and Uncle since his freshman year in high school, and credits them with providing opportunities and stability that he would not have had otherwise.  Wilkins is an extremely important piece in the 2014 class because of both position need and the “Pied Piper” effect he could have.  Manny Wilkins is now officially a DieHard Devil.  Are you?  Prove it.

Check out 2012 Highlights of Manny Wilkins at San Marin High