The Devils face the Trojans tonight at 7:30PM in the House of Heat.

The conference schedule is finally upon us, and it is time to put up or shut up for all of the teams throughout the Pac-12.

After a very successful non-conference schedule for Pas-12 teams, the stakes are much higher starting this week. Teams in both the north and south divisions duke it out for their right to play in the conference championship game with a berth to the Rose Bowl on the line.

From here on out, every game is crucial. Here’s what you need to now about today’s match-ups.

Of course, this is the biggest game of the week for all of us, and it should be. After being dominated in the first half by Stanford last Saturday, the Devils face the Trojans tonight at 7:30PM in the House of Heat.

First, the Sun Devils need to establish themselves early in the Pac-12 South. While the loss to Stanford hurt, the Devils control their own destiny in the South.

USC has not looked very impressive this year, and they have been standing in the Devil’s way to the Rose Bowl for many years now. While the Trojans have a stingy defense, their offense has been struggling mightily.

The Devils are favored by 6 points, but in my opinion should win by a lot more. I am predicting ASU to win 27-10.

We want the Huskies to crush the Wildcats and send them home demoralized.

This one is easy. We want the Huskies to crush the Wildcats and send them home demoralized. A win for Washington would help ASU because it gives a Pac-12 South team a conference loss.

The Huskies playing well this season. Currently they are ranked #16 and a win, combined with some losses by higher ranked teams, could bump this Pac-12 team up even higher.

Unfortunately, I am very concerned with this matchup. Arizona has had an extra week to prepare, and this is the type of game that they have been known to show up for and play well.

While the game is in Seattle and Washington is favored by 10 points, I think there is a good chance for an upset here. I sure hope I am wrong, but I see the Wildcats escaping with a narrow victory.

Neither team is ranked, and by all accounts won’t be anytime this season.

Since Oregon State is in the North Division and the Buffaloes are in the South, we want the Beavers take this one. They are favored by 11 points.

While many ASU fans are upset with the loss to the Cardinal, it’s important that they keep winning.

Stanford is currently ranked #5 in the nation, and we want them to keep rolling for the sake of the conference. Also, if the Devil’s only loss on the road is to a top-5 team, that looks pretty good for ASU.

Since Stanford and Wazzu both play in the North, the standings won’t affect ASU. As we saw, Stanford is a national contender. Is it possible that the Cardinal improve their national ranking? 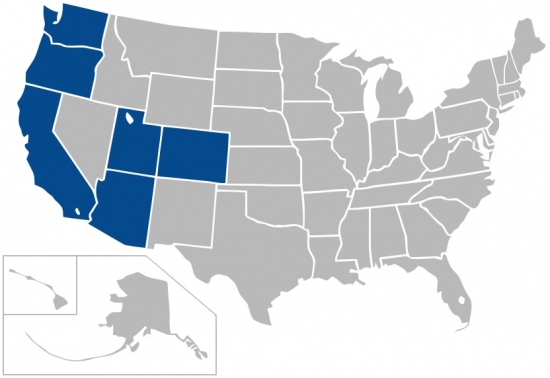 The Pac-12, Conference of Champions

This game is nearly identical to the Stanford/Washington State matchup in the fact that both teams play in the North which has no impact on the Devils.

Oregon is still ranked #2 in the country, and we want them to keep winning as well. An undefeated matchup between Stanford and Oregon later this season would be a huge Pac-12 match-up on the biggest stage.

Both teams will be edging for the National Championship game. The question, can the Pac-12 defeat the SEC?

A win by the Badgers would not only help ASU’s strength of schedule, but it would knock off a top five team giving Stanford a shot to jump up a spot.

As mentioned last week, there are some other games that we should watch.

#14 Oklahoma visits #22 Notre Dame. We want the Irish to succeed here because their Top-25 ranking makes next Saturday’s game in Dallas sets up a bigger Sun Devil victory.

Finally, the last pivotal game in the Devil’s Best Interest game is a big one. Today’s battle between #23 Wisconsin and #4 Ohio State cannot be understated.

A win by the Badgers would not only help ASU’s strength of schedule but it would knock off a top five team giving Stanford a shot to jump up a spot.

If Wisconsin wins big games like this one this season, it bods well for the Devils.