Tempe, AZ – If you’ve caught a glimpse of ASU basketball this season, one Sun Devil clearly stands out as a legitimate NBA prospect. That young man is Jahii Carson, a 5’10” point guard from Mesa, AZ.

Most Sun Devils already know about his amazing talent and leadership, but soon the rest of the nation will learn when he turns professional next season.

Some doubt that Carson can be successful in the NBA because of his size and others because of his jump shot. However, in his second year at ASU, he is proving all the critics wrong.

Here is why Jahii Carson will succeed at the next level.

Carson Can Light Up the Scoreboard

Last season as a redshirt freshman, Carson netted over 18.5 ppg. This season he is averaging 19.9 ppg. Jahii has already dropped 40 points on the UNLV Rebels on the road, and 23 against both #25 ranked Marquette and Depaul.

Carson’s point totals are impressive, especially when you consider that opponents often gear their entire defense around stopping him.

In a November matchup with Bradley College, Carson was the focus of a box and one defense. This defensive formation is a zone with 4 defenders holding down the key, while one defender chases around a key offensive player: Carson. He finished the night with 19 points and got his teammates involved at the right moments as ASU won 70-58.

A lot of good college players get lost in the NBA because they don’t possess the elite skills necessary to succeed. While Carson isn’t a prototypical NBA player, he is an elite scorer. He drives the lane exceptionally well, finishes with an array of acrobatic layups, and has improved his shooting from long range this season to over 50% from the field.

Carson will separate himself from the pack by scoring, by far his greatest attribute. 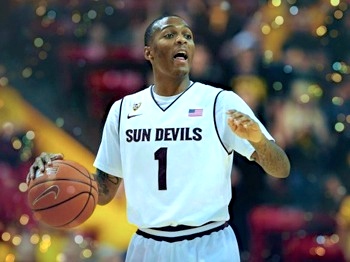 He Hasn’t Been Surrounded by NBA Level Talent

I don’t even think Sun Devil coach Herb Sendek knows how good Jahii could be if he was surrounded by more talent. We got a taste of his electric synergy with Carrick Felix last season. With the exception of Jordan Bachynski this year, it’s hard to characterize Carson’s teammates as future NBA players. Imagine what Jahii could have done on the same floor with James Harden.

Also, Carson would be more productive if defenses weren’t always focused on him. Having more scoring support would mean increased assist numbers and a better energy level throughout the game. All these factors would produce a better Jahii.

The NBA is Now a More Perimeter Oriented Game

The NBA game has moved outward in the new millennium, creating opportunities for smaller guards to succeed. As the number of dominant post players has diminished, the window of opportunity for players like Carson has opened up. 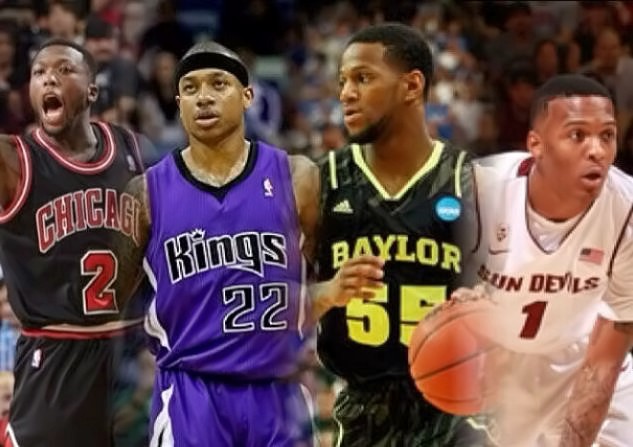 Like the others, despite being undersized, Jahii has a solid handle and quickness. His chances at success improve greatly in a time where shot blocking giants no longer rule the league.

I’m not saying that Jahii Carson will be an NBA superstar or fulfill the role he currently has at ASU for an NBA franchise. All things are possible, but to say he will would be an unfair prediction at this time. Carson will be an NBA success because he has elite talents that will translate well to the next level, untapped potential, and a style of play that matches the current NBA trend. Who knows, maybe he will end up with the Houston Rockets with James Harden. Now that would be fun to watch.