The Sun Devils conquered New Mexico and as that game ended, so did the Whiteout marketing effort. I explained why I didn’t like it going into it last week, but was quietly hoping I was proven wrong.

Unfortunately, the execution of the Whiteout did not sway me into becoming a fan. The uniform really did look like a blank canvas. I deeply disliked seeing the opponents’ colors on our turf. It didn’t seem to spike any turnout, as there were far too many open seats in the stadium for my liking, Whiteout or not.

The student section was weak in attendance, but strong in white shirts, partly due to the 9,000 free white shirts given away to The Inferno. As for the rest of the stadium, there was a lot left to be desired. There were patches of maroon, gold, and black spotted throughout the stadium, mitigating the desired effect. While I call the uniform combination a blank canvas, it still looks clean and sleek. It was the first time we have seen the standard away jerseys utilized. They did not disappoint. The larger, shinier numbers and text made the maroon jump off the jersey which was refreshing since that was the primary source of any color on the uniform.

The white pants looked great too and will surely be an outstanding attribute to any future combination in which they are incorporated. The oversized fork, asymmetric helmet was a winner once again. Individually, each element is a winner, but come up short as a viable home combination.

The most important thing about this weekend is the opening of Pac 12 conference play. The Sun Devils are matched up against a talented USC team, and the Maroon Monsoon is storming back into Sun Devil Stadium to greet the Trojans.

This is a fantastic power move on ASU’s part as the Sun Devils have donned the Maroon helmet, jersey, and pant combination each of the last 2 times USC has visited Tempe, and their record against the Trojans in that time is a very emphatic 2-0. Arizona State won those games that took place in 2011 and 2013 by a count of 43-22 and 62-41 respectively.

There has been a feeling that we ought not do the Maroon Monsoon when USC comes to town because their Cardinal is too similar. I respect that take, however I see it in a different light. First of all, for superstition sake, you can’t argue with the resounding results of the last 2 match-ups. Secondly, I love the idea that USC comes in with their “Cardinal” red, but our Maroon Monsoon asserts its dominance as the deeper, darker, fiercer shade. Our superiority shows both aesthetically and in the final score.

There will be a new alternate revealed this Sunday, September 27th.

Since the rebranding in 2011 and commencement of different uniform combinations, the Maroon Monsoon has been one of my favorites. It’s bold, it’s intimidating, and it imparts an intense identity that intimidates opponents.

The oversized pitchfork, asymmetric helmet will be used making it the 3rd time out of the 4 games. I’m a big fan of the oversized pitchfork, but I wouldn’t want it to get overused. Overall, I’m excited to get into a rowdy, sold out sea of maroon in Sun Devil Stadium on Saturday and see the new Adidas digs with a maroon lid for the first time.

For those who haven’t noticed, there will be a new alternate revealed this Sunday, September 27th. The ASU Athletics social media accounts have been posting countdown teasers with the tagline “Be the Hammer.” Gray seems to be the major theme, and one would assume that these would be for immediate use at UCLA next weekend. 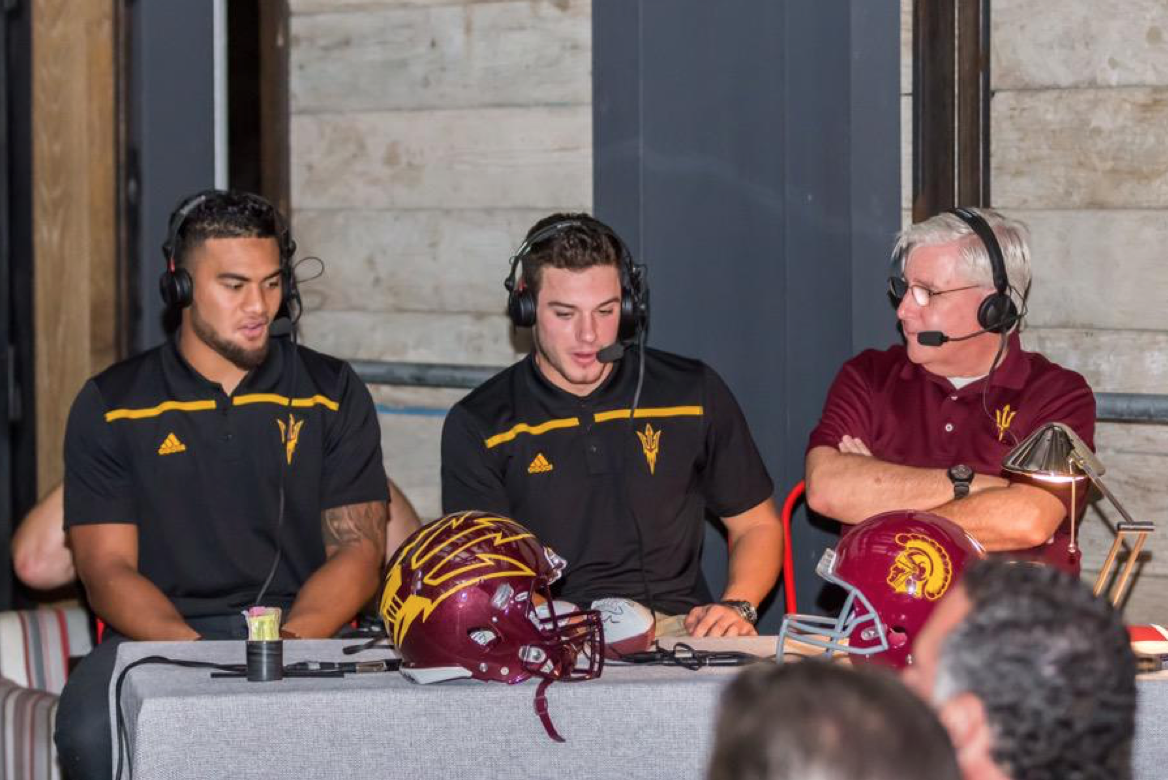 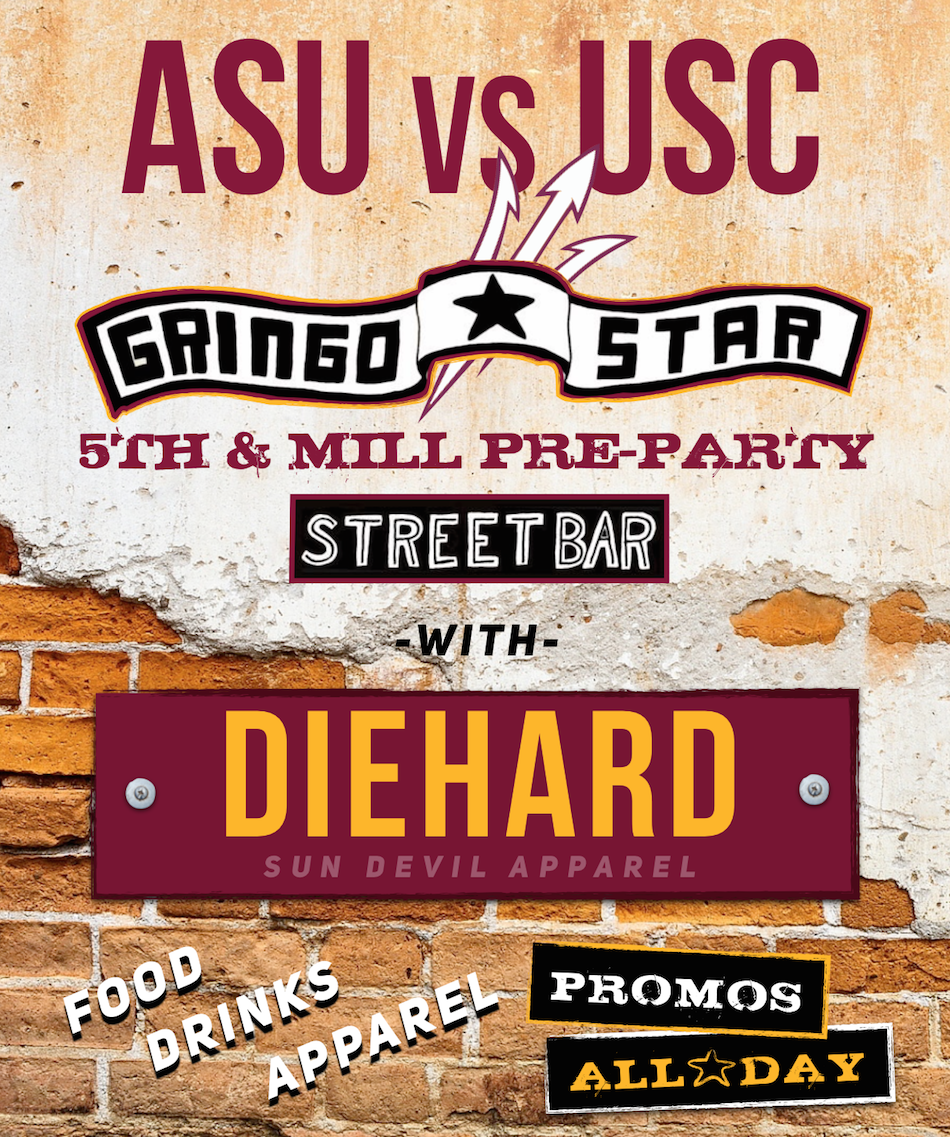 See you at Gringo Star on Saturday, 3:30-6:30pm for Food, Drink and Apparel Promos for the Maroon Monsoon