A week ago today, Arizona State was riding high as they traveled into Pasadena to face UCLA favored to win the game and take control of the Pac-12 south. Unfortunately for ASU, mistakes on defense, special teams miscues and poor clock management cost them the game 28-29.

Fast forward to a week later.  With these new and unexpected issues circling them, the Sun Devils hit the road again and head to Pullman, Washington for their game against the Washington State Cougars (“Wazzu”).  The weather forecast calls for temperatures in the thirties with possible snow showers for what will be a rare 8:30 pm (MST) night game this time of year in Pullman.  Although the Sun Devils aren’t used to playing in these type of conditions, they will have to overcome whatever impact it will have on their performance.  Once again, mind over matter.  ASU will face a Wazzu team that has struggled in 2011, losing five in a row and are 1-6 overall.  For the Sun Devils, this game comes at a perfect time.  ASU still has a big impact on its own destiny in the conference and while the loss at the Rose Bowl hurt, it didn’t kill their chances at attaining their goals which is to win the South, participate in the championship game and play in a bowl game for the first time since 2007.

The Cougars themselves are a team that has been unable to get traction in a league that has left them behind in the last decade. Not since 2003 have the Cougars been competitive in a conference where power has shifted several times in the past five years. Since former head coach Mike Price left the program in 2002, the Cougars have not been able to get it done save for two years of success early in the last decade. After a Rose Bowl appearance in 2003 and a Holiday Bowl later that same year the Palouse Posse, as they call themselves, have done very little. 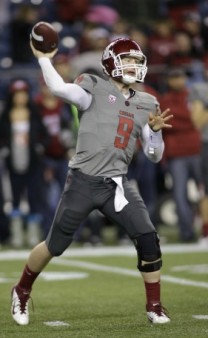 Paul Wulff, the Cougar’s embattled head coach, has managed a paltry 6-32 in Pullman.  After being wooed from Eastern Washington where he was 53-40 with three FCS Playoff appearances, it has been a slow go in Pullman, and this is more than likely his last year with the program.  This can be a dangerous  scenario for ASU because a team that is playing for pride and their coach can sometimes do things they would not typically not… consider UCLA.  So while on paper the Cougars appear overmatched, they will come out at home and give the Sun Devils everything they have. They have an advantage playing in the frigid conditions expected on Saturday.

The Cougars employ a variety of formations that range from the classic Pro-Style to going four wide receivers in spread formations. Unfortunately for Wazzu, they are not very proficient in any of them. They just simply are not a talented group that makes very many big plays.  They have found themselves behind in every game, having to scrap the running game and rely on the pass, causing defenses to tee off on them with the blitz.  Wazzu quarterback Marshall Lobbenstael is a veteran who has the physical tools to be an excellent quarterback, but the 6’3” 215 pound senior is a victim of circumstance.  With a lack of talent behind him, he has not been able to get many wins in Pullman.  His numbers are respectable completing 178 passes on 296 attempts for a 60.1% average 2,231 yards 16 touchdowns and seven interceptions.  In a better program, he would more than likely be much more productive.

At the skill positions, the Cougars are thin but have some playmakers. Running back Rickey Galvin is their top rusher with 487 yards on 79 attempts, 6.1 yard rush average and five touchdowns.  Galvin doesn’t get as many opportunities as the Cougars frequently lean on the passing game to catch up on the scoreboard. Wide receiver Marquess Wilson is a player.  On the year, Wilson has caught 59 passes for 974 yards, six touchdowns and averages 108.2 yards per game. Isiah Barton is another receiver who can be a factor with 42 catches for 483 yards and four touchdowns on the year.

On the offensive line, the player to watch is left tackle David Gonzales.  Gonzales is tall, lean and athletic.  The 6’6” 286 pound senior plays with a mean streak and finishes plays well in the run and pass.  Senior right guard B.J. Guerra plays like he has a personal vendetta against his opponent.  He is the most physical of the Wazzu lineman and has the size at 6’3” 321 to dominate his opponents.  The rest of the line is a bit questionable.

How ASU matches up

For the SUN DEVIL D, this Game is a chance to put last week’s abysmal second half behind them. The ASU defensive line needs to dominate the Cougars up front.  The Cougars have trouble blocking speed and are susceptible to blitzes over the right tackle position.  Davon Coleman, Junior Onyeali and Jamar Jarrett should have a big night in Pullman. Will Sutton should dominate the left side.  ASU linebackers have a chance to redeem themselves by consistently stuffing the run.  The weather will make this an old school ground game; therefore, the ASU front seven has a chance to play a complete game and get some momentum heading into next week.  The secondary will be tested with Wazzu’s two noted receivers, but it’s nothing they haven’t already faced.  They just need to keep plays in front of them and make sure they keep their footing on the unpredictable turf.

This unit is much maligned giving up game averages of 31.8 points, 166 yards on the ground and 246.1 yards through the air.  Like the offense, they lack overall speed and talent.  Middle linebacker C.J. Mizell is an up and coming all-star.  The true sophomore is third on the team in tackles with 50, has two sacks and three tackles for loss and has two forced fumbles. Linebacker Hoffman-Ellis is a true gutsy player that leads the team in tackles with 66, and he has two sacks and an interception.

In the secondary, strong safety Deone Bucannon could start anywhere in the conference.  The true sophomore is second on the team in tackles with 55, has forced a fumble, intercepted three passes and has broken up three others.  Free safety Tyree Toomer plays the deep pass very well and has 43 tackles on the year.  Damonte Horton is their best cover corner and is a ball hawk with four picks this season.

Up front for the Cougars, the star is defensive end Travis Long.  The 6’4” 256 pound true junior has 32 tackles, 2.5 sacks, 8 tackles for loss and swatted down three passes. Because of his team’s record, he is the most underrated defensive lineman in the league.  Defensive tackle Brandon Rankin is also a player to watch.  The 6’5” 286 pound senior will give the interior all they can handle.

How ASU matches up

Due to the weather forecast, it’s tough to envision Noel Mazzone throwing the ball as much as usual.  This means that on a cold, frozen and snowy field, Cameron Marshall will put on the hard hat in Pullman.  ASU’s offensive line played well last week against UCLA, and this week they must neutralize that right side of the Cougar defensive line. In freezing conditions, the passing game slows down a touch so the Hell Hogs need to give extra effort and protection on each pass play.  This is not going to be an air out game for Brock Osweiller. Disciplined ball protection is essential because the unfriendly weather in Pullman is cause for mistakes in the passing game. He needs to be patient, let the routes develop as the receivers may be a step slower in the cold and deliver the ball with extra accuracy on shorter routes.  Freezing air does strange things to the football, but hopefully, his experience playing high school ball in chilly Montana will come in handy. Receivers are going to be run blocking more than they’re used to, but when they are called on they need to stay disciplined in their routes and make strong, physical catches due to the weather, something that Robinson and Willie should do. 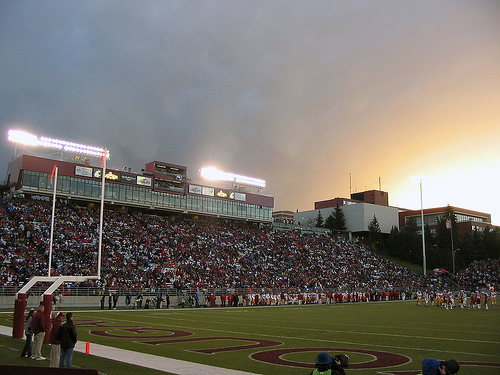 This will be an unusual treat for ASU fans watching our beloved Sun Devils in unique weather conditions.  Maybe not so much for the players on the field. Last year the Sun Devils were victorious as they showed determination and character on a cold and rainy night at the University of Washington.  While the weather in Pullman will more severe, it shouldn’t slow down the Sun Devils or provide a significant disadvantage.  This is an opponent that has a decent cast of players, but competing with ASU till the end will be a challenge. Earning a victory Saturday is what counts, but how Arizona State plays is as important as earning a Win. They can prove to themselves and their Fans that this team has within them, strong character & resiliency after a tough week in Pasadena.