By Mike Howell, DieHardDevil.com
December 3, 2013 4:51 PM
Follow Me     Follow DieHardDevilASU
This season will be only the third Pac-12 Championship Game in history, but it will be the first in which both participants have a top-12 BCS ranking. No. 7 Stanford (10-2, 7-2 in Pac-12) will play No. 11 Arizona State (10-2, 8-1 in Pac-12) at Sun Devil Stadium in Tempe, Arizona. Even though the teams have the best average rank of participants in the short history of the game, this will be the least expensive Pac-12 Championship Game to date.

Unlike other most major conference tournaments, the Pac-12 doesn’t have a set location for it’s tournament, but gives home field advantage to the participant with the best conference record. As we’re seeing here, that means cheaper tickets because it’s harder to plan a trip around the event.  In fact, the location this season wasn’t decided until the last regular season game, which they did with a decisive 58-12 win over in-state rival Arizona.

This is not only Arizona State’s first time as a host for the Pac-12 Championship Game, it’s their first time in the game as the winner of the South division. This is technically a home game for the Sun Devils, and that’s what Arizona State fans are treating it as. Based on the latest data from TiqIQ, the average price for Pac 12 Championship tickets is $119, which is just above the Sun Devils season average of $104. By comparison, their game last week against Arizona had an average price of $147. This is also the cheapest of the big three conference championship games this weekend. Prices are currently 49% below Big TEN Championship tickets, and 70% below SEC Championship tickets. 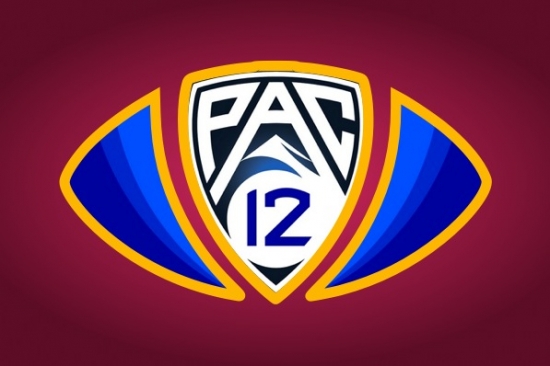 One big reason for the low average price is that no many Cardinal fans will be there.Those that do decide to make the trip will have to travel over 700 miles.  Last season when Stanford hosted and won the Pac-12 Championship Game, the average ticket price was $144.53. That’s almost double the regular season average for Stanford football tickets this season and 13% above the cost of this year’s championship game.

Although ticket prices were more expensive last season on the secondary market, anyone looking for a last minute ticket could have walked up to make their purchase. Attendance for the 2012 Pac-12 Championship Game was only 31,622 in Stanford Stadium, which holds a capacity of 50,000. Sun Devil Stadium in Tempe holds over 71,000 people, and it will be interesting to see what percentage of seats they fill. The 2011 game held at Autzen Stadium in Eugene, Oregon had an average price of $151 and was sold out, and then some.  The game drew 59,000 for the 54,000-capacity Autzen Stadium.  That, however, is the norm for Oregon football tickets since the stadium’s expansion in 2002.

Another factor contributing to the low average price for the Pac 12 game is that Stanford fans are likely saving their money for a trip to Pasadena to play in the Rose Bowl.  The current average price for Rose Bowl tickets is $856 and Pasadena, California is equidistant to the two schools–380 miles from Tempe and 360 miles from Stanford. For the Cardinal, the Rose Bowl is familiar territory, as they won the Rose Bowl last season by defeating the Wisconsin Badgers. Arizona State, on the other hand, has not made an appearance in Pasadena since 1996 and has not won since 1987.  As a result of all that pent-up demand, we expected that prices would move a little higher if Arizona State emerges victorious in the Pac-12 Championship.

In addition to the opportunity for a trip to the Rose Bowl, a Sun Devils win would extend the host-team winning in the Pac-12 championship.  It would also be a major step toward bringing the Arizona State program back to relevance after almost 20 years of mediocrity. For fans attending the game this weekend, that alone would be worth the price of admission.