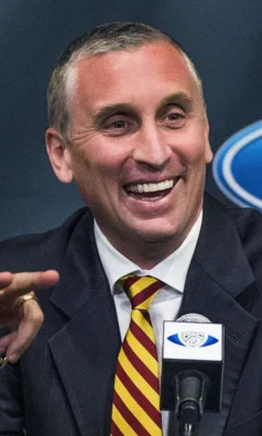 We live in a culture and society obsessed with better, placing a huge focus upon winning right now. The primary determinant of success isn’t talent or experience; it’s mindset. ASU continues to fail to put games away which is becoming a trademark of Bobby Hurley’s tenure. I love Bobby’s passion, but his winning percentage is only 54 percent.

A person’s success in life can usually be measured by the number of uncomfortable conversations he or she is willing to have.

At this point in the season, a defining win against the Arizona Wildcats is exactly what Coach Hurley needs and what all DieHard Devil fans live for. We know the current Sun Devil Basketball team is working harder than ever, and we can see the fundamental efforts of the ASU coaching staff. After four years, do the Sun Devils have a winning mindset under Coach Hurley?

Bobby’s Pac-12 record is 25 wins and 37 losses entering The Bank Thursday night against a well-coached Wildcat team. I don’t care if we beat Kansas two years in a row. We have to take care of business every single night. Comfortable or not, Hurley needs to make some serious adjustments immediately. We have ten games left and should be playing for March 2019, not March 2020.

Coach Hurley has not been able to beat the Arizona Wildcats and Sean Miller. Now, failure is not fatal, but failure to change or evolve might be the downfall for Coach Hurley. Having watched every game for the past two seasons, Sun Devil “performance” is predictable, and dare I say “consistent,” albeit with totally different talent and some very unique outcomes. 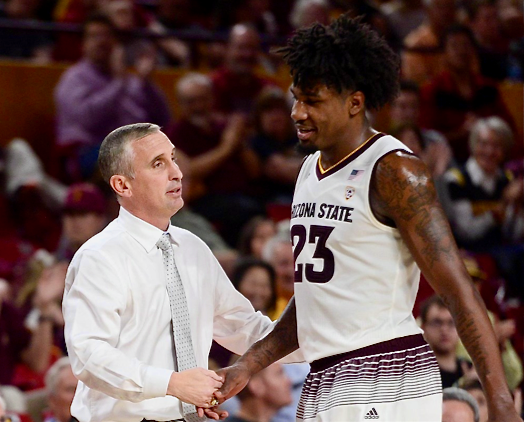 The 2018-2019 Sun Devil’s are arguably the most athletic and talented roster Bobby has had as a college coach. But statistically, we are not any better in year four than we were in year two when the Sun Devils finished 15-18.

Are we making any progress under Coach? Yes.

We have a talented roster. We see progress in every player he has recruited who has seen meaningful playing time. Romello White “The Big Fundamental” has been a treat to watch from the beginning of last years’ campaign to current. He is going to play a huge role scoring, rebounding and passing outside to his shooting guards against Arizona.

Coach Hurley has his Sun Devils playing aggressive defense this year. But outside of the hustle, we rank 267th in free throw shooting percentage and 197th in three-point success out of 353 college programs. We are 234th in Field Goal Percentage. We’re also 17th in Rebounding, but take a look at how we are shooting!

Our performance does not match our potential. Coach Hurley is going to have to make sound, sometimes tough decisions down the stretch of games the remainder of this season with a game-by-game, minute-by-minute approach.

Luguentz Dort, responsible for quite a bit of our teams’ defensive success, is an offensive liability. He has only made 28 of 100 three-point attempts and collectively has missed a total of 167 shots. Hurley has Dort on the floor for 31.8 minutes per game!  With this, Luguentz, a guard, had 10 turnovers to 1 assist in Los Angeles. He averages 3.2 turnovers per game to just 2.4 assists, but now add in where each of those 167 missed shots ended in transition!

Dort’s challenges do not include his effort or heart, it’s his mechanics. He needs an off-season worth of work here. Bobby needs to start Taeshon Cherry, and Valtonen should get a few of Dort’s 167 missed shot attempts. With this, have Lawrence and Dort come off the bench as “spark plugs” for the Sun Devil offense. 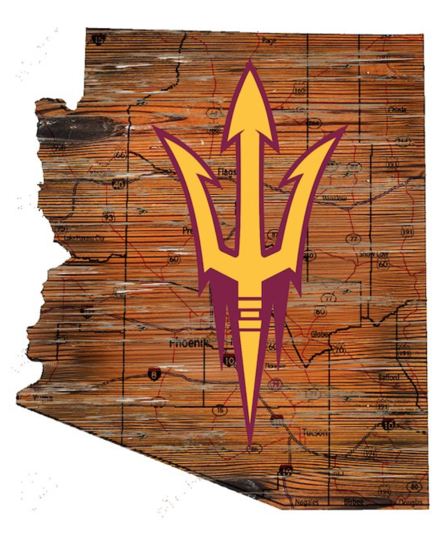 Coach Hurley needs to continue to encourage Remy “share the sugar” Martin to pass the ball and break down defenses. We can see solid progress this season. In no way do I suggest we slow down Remy, but more one-on-one film time with Coach Hurley might help him gain more court awareness. Perhaps this study time could help make an immediate impact on Remy’s self-awareness. Remy could better visualize when and where to best apply his energy and inherent talents.

Next, it was refreshing to see Elias Valtonen on the floor Saturday Night vs USC. Taeshon Cherry did not play after getting elbowed in the face against UCLA. Regardless, Coach Hurley needs to develop his bench. If what we are includes losses to Vanderbilt and Stanford by a combined 30 points, we have to look elsewhere for offense.

Bobby has not made great coaching adjustments throughout his tenure. Last year kids were just jacking up 27’ three-pointers and dribbling all over the court. In two games against the University of Arizona last year, the Sun Devils had 27 turnovers! This year Hurley’s focus on defense is burning plenty of calories and energy leaving us dead at the free throw line and erratic in tight situations. 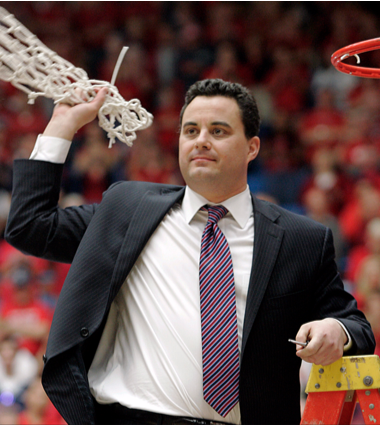 We have the ability to compete with anyone on any given night, but Hurley has to look at “performance” over “potential.” Put the best five on the floor for the given need at the time. Use timeouts or dig into the bench to adjust to the demands and challenges in the moment while continuing to mentor a young Martin, Cherry, Lawrence, and Dort. Hurley’s teams have rarely if ever lacked effort, but maximizing performance is critical from this point forward.

Arizona State needs to go 7-3 in their last ten to guarantee a tournament spot. It has to start with a big win against the Arizona Wildcats tonight. The time is now. Maybe Coach Bobby could give Herb Sendek a call for advice on how to beat the Kitty from Tucson. Sendek’s 12-11 Sun Devil squad upset then No. 6 Arizona 81-78 in front of ten thousand “Herbivores” on February 7, 2015. That was the last year ASU won a post-season March tournament game by the way.

Bobby Hurley’s Sun Devils are poised for a big win against the Arizona Wildcats. The computers predict it, the eye test reveals it, but Thursday night at The Bank we have to walk the talk and play up to our potential. It’s gut check time against Tucson Community College!

My Prediction based on POTENTIAL:
Arizona State 83 – Arizona 65.  Hurley and the Sun Devils sweep the Wildcats this year. ASU is favored by 5.