From their opening drive of the evening, the Sun Devils came out crisp on offense and got Senior Cam Marshall involved early with a few running plays and a nice catch out of the backfield.  Their first drive was very effective and ended with a 38 yard touchdown pass to Rashad Ross.  Very solid play calling by offensive coordinator Mike Norvell and nice run after the catch for Ross.  Good to see a Sun Devil receiver step up early.  On the second drive, Ross made another beautiful catch showing great focus and concentration.  To cap off the drive, Cam Marshall hammered the ball in from the one yard line to increase the Sun Devil lead to 14-0 with 7:00 left in the first quarter.  Will Sutton, Brandon Magee, Keelan Johnson and the Sun Devil defense also did their part out of the gate by flying around all over the field and making textbook tackles.  After Magee made a big hit to cause a fumble and Utah turnover, the Sun Devils went on another first quarter drive that ended with a 10 yard touchdown catch and run by Marion Grice.  ASU was in full control of the game early leading 21-0. 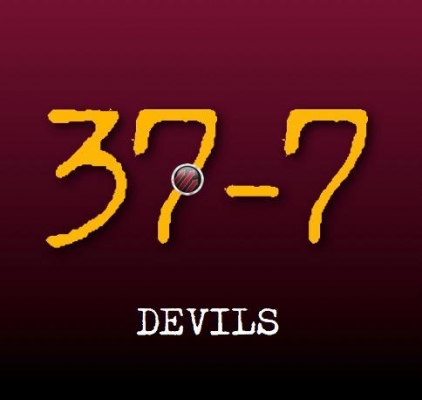 At the start of the second quarter, Utah finally got in the game and put together their first and only scoring drive of the night with a 2 yard touchdown pass that cut the ASU lead to 21-7.  The Sun Devils responded quickly with another effective drive that included a 52 yard pass to Kevin Ozier.  Once again, another ASU receiver stepped up in the game.  However, the Sun Devils had to settle for a field goal from Alex Garoutte increasing their lead to 24-7 with 10:19 left in the second quarter.  The offensive play calling continued to be outstanding in the second quarter with a machine-like drive that took 10 plays and 70 yards, and ended with a 13 yard TD pass to Cam Marshall putting ASU ahead 31-7 at the end of the first half.

The Sun Devils received the ball to start the second half and traded punts with Utah until a Keelan Johnson interception gave the ball back to ASU.  The Sun Devils then put together a 10 play, 56 yard drive that ended with another Garoutte field goal, extending the lead to 34-7 heading into the fourth quarter.  Utah seemed to raise a white flag in the fourth quarter, putting in their third string quarterback to get some experience.  The ASU defense continued swarming the Utah offense for the remainder of the game.  The Sun Devils also gave Michael Eubank some extended playing time during the fourth quarter, and he was able to get the team back in field goal position, where Garoutte nailed another one making the final score 37-7.