Eastvale, California – Cowboys 32 – Mustangs 23. Then a high school Freshman Quarterback, Jayden Daniels was 18-36 for 259-yards (14.4 avg) with 1 touchdown and zero-interceptions. It was August 28, 2015, when El Cajon defeated Roosevelt in California Interscholastic Football.

In his second high school game, Daniels went 12-16 for 264 yards (22 avg) with 4 touchdowns. He sat down early to give Cajon’s Senior back-up QB reps some minutes when his Cowboys blasted Valley View High School 56-10.

Daniels passed for 5 touchdowns and 313 yards (22.4 avg) in his first-ever CIF playoff game on November 13th, 2015. Again, he was pulled early in a 59-0 blowout victory for Cajon HS. He has never shied away from the moment.

🔘 3️⃣ touchdowns
🔘 4️⃣0️⃣8️⃣ passing yards
🔘 Upset over then No. 6 Oregon@JayD__5 has the clutch gene 🧬 and is named #Pac12FB Offensive and Freshman Player of the Week ➡️ https://t.co/Rm3KvqADj7 pic.twitter.com/Mq6Rjx6DwK

Daniels is arguably the most noteworthy recruit the Sun Devils have landed under Coach Herm Edwards. Jayden had 25 offers, nine of those from the Pac-12. He also held offers from Ohio State, LSU, Georgia, and Alabama. Who’s in the current BCS discussion? Buckeyes #1, Tigers #2, Bulldogs #4, and Crimson Tide #5.

Daniels’ high school numbers were staggering. He started 53 games for the Cajon Cowboys, taking the job the day he arrived as a Freshman. In all, he completed 921 of 1,389 pass attempts (66.3 percent) for 14,007 yards with 170 touchdowns and just 25 interceptions. The dual-threat Daniels also had 562 carries for 3,645 yards and another 41 touchdowns.

In his Senior Season, Daniels had two games where he threw for more than 400 yards. In those games, he accounted for 546 and 574 yards between rushing the ball and spinning it.

“Ability is what you’re capable of doing. Motivation determines what you do. Attitude determines how well you do it.” –Lou Holtz

True Freshman Jayden Daniels torched then No. 6 Oregon on Saturday going 22-32 for 408-yards (12.8) with a long of 81 and 3 touchdowns. JD5, as we now call him, directed the Sun Devils to a 31-28 victory against a vaunted Ducks Defense. The effort, of course, received national attention on ABC with almost 4.1-million viewers.

Look for Jayden Daniels to engineer a win in his first Territorial Cup, which would be the Sun Devils’ third-straight Duel in the Desert victory. Saturday night’s game will also be on the biggest stage. The 8:00 pm MST Kickoff will air on the “Worldwide Leader,” as Coach Edwards refers to it, otherwise known as ESPN.

ASU’s “dual-threat” Quarterback has earned national attention as a result of the Sun Devils’ stunning upset of Oregon. Despite his speed and agility, it has been Daniel’s decision making creating havoc for several defenses this year. With ice in his veins, Jayden Daniels outperformed Justin Herbert, one of the most revered Power-5 quarterbacks and a first-round pick in 2020 NFL Draft. Daniels’ passer rating was off the charts at 206.8 against an Oregon defense that had swallowed up the competition in 9 straight wins. Herbert’s Passer-Rating was 133.7, a 73.1 difference.

It’s not a bold prediction to say that Jayden Daniels will be a first-round draft pick when he chooses to declare in a couple of years. He will “check all of the boxes” that the pundits focus on.

“Success isn’t measured by money or power or social rank. Success is measured by your discipline and inner peace.” -Mike Ditka

Through 11 games JD5’s mental mistakes have been minimal. He leads by example, maintaining a relaxed demeanor while making smart plays under duress. This is exactly who he is.

Jayden has earned the respect of his teammates and opposing coaches. Despite the early accolades, he has remained disciplined and humble. 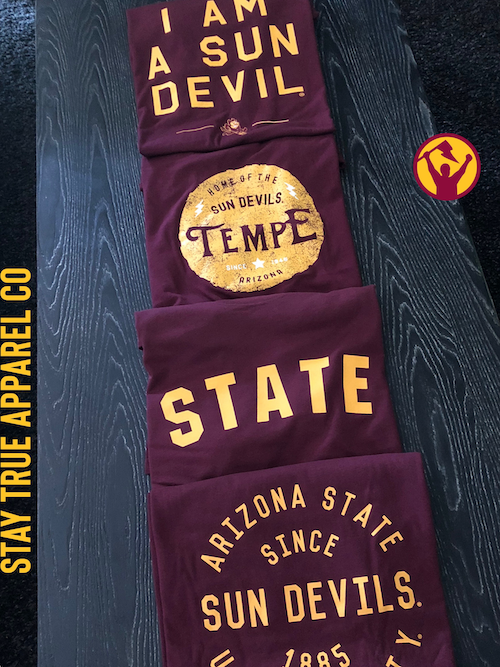