Sun Devil Junior Forward Romello White, who is an Atlanta native, recorded his fourth straight double-double against the Georgia Bulldogs in a 79-59 win Saturday night in Tempe.  White finished with 18-points and 17-rebounds, six of which were on the offensive glass.

Pac-12 Network play-by-play announcer Ted Robinson joked Saturday night during the Georgia-Arizona State Broadcast that every NBA scout West of the Mississippi was in Tempe to see Georgia’s Freshman phenom Anthony Edwards.  The 6’5” 225-pound Guard had been averaging just over 20-points prior to meeting Elias Valtonen, Kimani Lawrence, and Taeshon Cherry. 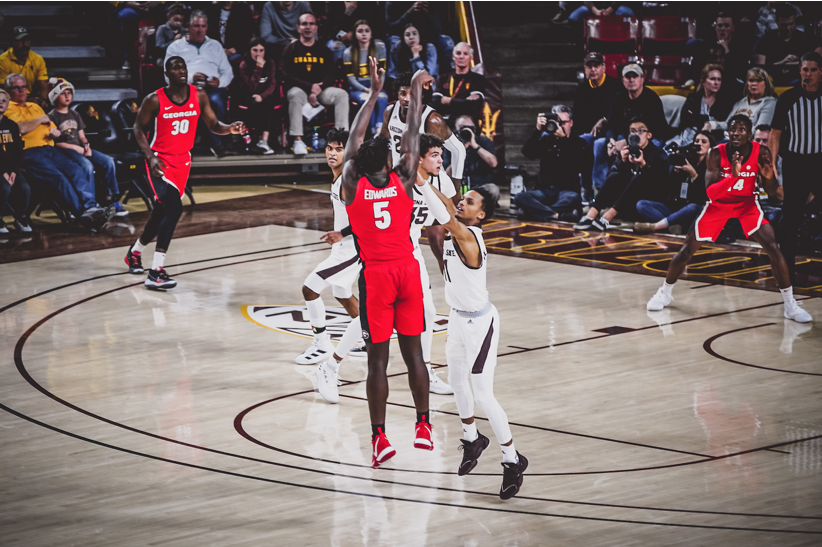 While Anthony Edwards looked nice in spots for the Bulldogs, Sun Devil Junior Guard Remy Martin shined bright like a diamond. Martin posted a game-high 23 points and six assists. Remy scored 15 of his 23 points in the first half, hit three 3-pointers, grabbed 3-rebounds, and was a perfect 2-2 from the free-throw line.  Anthony Edwards scored 1-point in the final 27-minutes of the contest.

Saturday was Georgia’s first true road game this season.  It was the Bulldogs’ first contest in 10 days because of final exams back in Athens. Coach Bobby Hurley prescribed pressure immediately.  As a result, Georgia looked sloppy, shot under nine-percent from beyond the arc while committing 18-turnovers. Arizona State held its SEC opponent to a season-low 59-points. 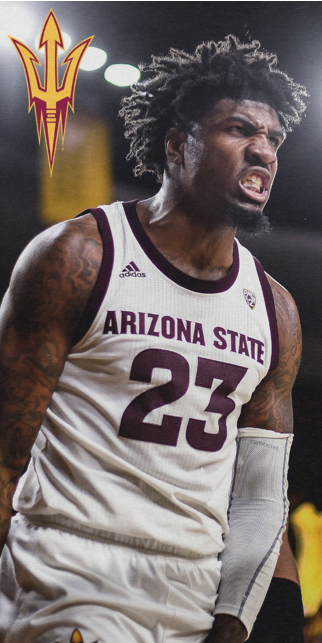 With 31-seconds left in the first half, Bulldogs Coach Tom Crean called a time-out to draw up a play that could have cut the deficit.  But after receiving the ball, Freshman Sahvir Wheeler threw an errant pass out of bounds.  It was the 13th turnover for Georgia so far.  Arizona State ended the first half on an 18-11 run and went into the locker room up 39-31 after a last-second tip-in by Romello White.

ASU extended the lead to 12 by the first official timeout of the second half. The Sun Devils tenacity was simply too much for the Bulldogs in the final 20 minutes.  Georgia was not within single digits again after the 16:57 mark of the second half.

Arizona State held the high-scoring Bulldogs to just 34.8-percent from the field on 2-24 from beyond the arc. Georgia managed just one 3-pointer per half.

The Georgia Bulldogs were expected to out-rebound the Sun Devils but only managed to grab one more board than Arizona State (43-42).  Give credit to both Romello White for his execution but also Coach Hurley who seems to have addressed his team’s rebounding deficiencies on both ends of the court.

The Sun Devils now have an 84.3 Defensive Efficiency Rating, placing them 17th in the country. 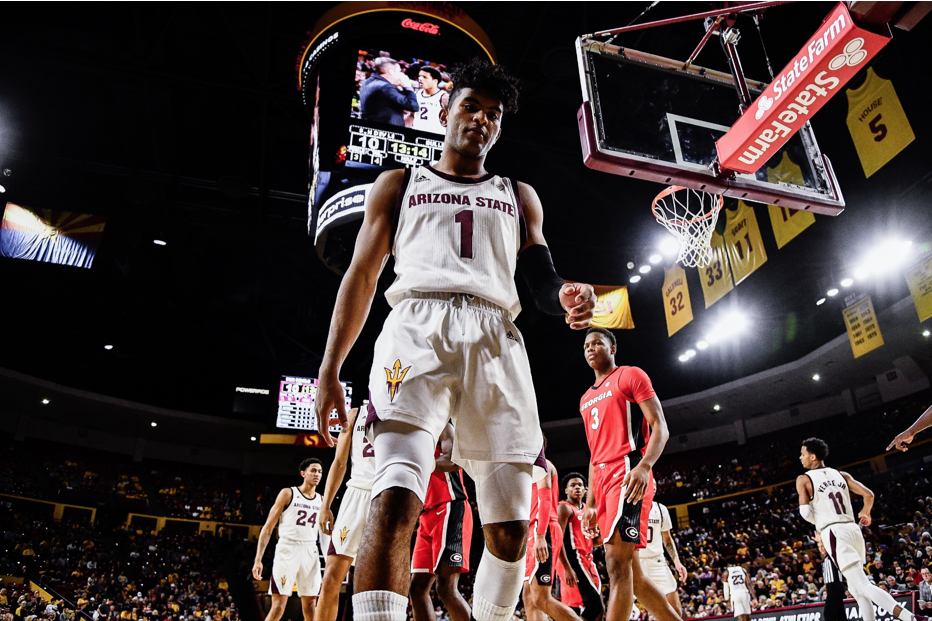 Anthony Edwards led Georgia’s starters with just 13-points. The Freshman added four rebounds, two assists and two steals, but was 0-for-5 from behind the arc. Sophomore Tye Fagan scored a team-high 15 points off the bench for the Bulldogs. Alonzo Verge Jr. had 15, and Kimani Lawrence added 11-points for the Sun Devils.

The assist-to-turnover ratio can be deceptive, especially when looking at players who handle the ball a lot. By the same token, Jaelen House and Alonzo Verge Jr. are averaging 1.4-turnovers a game each and combined for seven lost possessions on Saturday night. 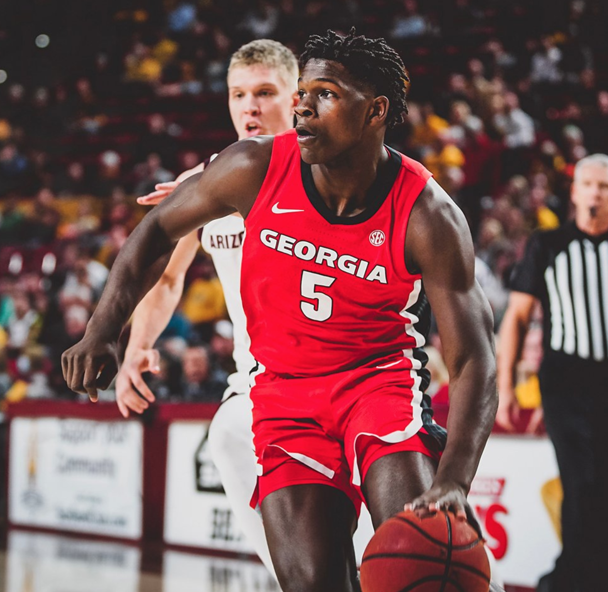 ASU has committed 124-turnovers to only 114-assists this year. With spot-up shooters in Taeshon Cherry, Rob Edwards, Kimani Lawrence, and Elias Valtonen on the wings, the assist will no doubt be a meaningful metric for this year’s Sun Devils.

UP NEXT: Saint Mary’s

The Saint Mary’s Gaels (10-2) meet the Arizona State Sun Devils (8-2) Wednesday Night in the Hall of Fame Holiday Classic at Talking Stick Resort Arena in Phoenix.  The Game Tips-off at 7 pm MST and will be aired on the Pac-12 Network.

Arizona State has now won 5-games in a row but via the ESPN Match-up Predictor, the Sun Devils have a 53.8-percent chance of losing to the Gaels. St. Mary’s shoots the ball at a 49.6-percent clip as opposed to just 43.6 for Arizona State.  The Sun Devils are better on the boards averaging 37.7-rebounds a game to the Gaels’ 32.3.

ASU has a 13.96 Simple Rating System (SRS) score (38th of 353 teams) compared to 11.50 for St. Mary’s (57th of 353 teams).  The SRS measures the average point-margin-per-game and adjusts it up or down depending on the strength of scheduled opponents.

For this match-up, the SRS rating shows that the numbers suggest ASU is 2.46 points better than SMC. Every free-throw and lay-up is going to count for Arizona State at Talking Stick Resort on Wednesday Night.

What do all of these numbers in the nerd-database tell us?
Arizona State 73 – St. Mary’s 64

FROZE him » hit from deep.

MELLO AT THE BUZZER.

Mello's already got his 4th double-double locked up.

All Gas. No Brakes.

Sun Devils extend their lead to 16.

Hoodie Melo in the building. pic.twitter.com/SEK3ynJ4lc