The Washington State Cougars (3-2, 0-2 Pac-12) have allowed 105 points over the last two games, including 67 against then-winless UCLA who overcame a 32-point third-quarter deficit to win by four. In a loss at Utah, the Cougars allowed 526 total yards and 38 points. And get this- Washington State’s Defensive Coordinator  Tracy Claeys resigned Friday, September 27th, citing the team’s defensive struggles.

After the Utah game, Cougar head coach Mike Leach stated,  “It’s difficult to say how tough Utah is because they had token resistance on both sides of the ball from us. We’re a very soft team…fat, dumb, happy, and entitled.”  They say a man wrapped up in himself makes a very small parcel. For a self-important Offensive Guru like Mike Leach, his Cougars managed just 26 yards in seven plays in the 3rd-quarter against the Utes, ultimately scoring no points in the second half.

WSU’s defense gave up 325 yards to Utah in the first half (9 yards per play), which was more than the Cougars managed in the entire game. Leach’s Air-Raid Offense came into the matchup with the No. 1 passing attack in the nation at nearly 500 yards per game. They had picked apart bottom-rated defenses in New Mexico State, Northern Colorado, and UCLA. However, against Utah, they compiled just 252 yards through the air and only 313 yards of total offense.

If trends mean anything in sports, Washington State is trending in the wrong direction on both sides of the ball.  Utah and Arizona State’s Defense are tied for the 11th best in the Nation allowing just 14.4 points a game.

Anthony Gordon and @WSUCougarFB are leading #Pac12FB with 44.8 ppg while Merlin Robertson and @ASUFootball are allowing just 14.4 ppg on defense.

Catch the Cougars take on the No. 18 Sun Devils this Saturday at 12:30 p.m. PT on @Pac12Network!#BackThePac pic.twitter.com/quDY5ODnEH

Sun Devil freshman quarterback Jayden Daniels has shown patience, discipline, and a calm, cool attitude through five games. Offensive Coordinator Rob Likens has only begun to open up the ASU offense. To date, we have seen Daniels’s brilliance in spots, but his play has had a major impact on the 18th-ranked Sun Devils. Given ASU’s bye week, Likens and Daniels had extra time to study film in hopes of becoming more comfortable with down-field reads and timing.

When facing pressure this season, @JayD__5 has posted the 3rd-highest NFL QB rating of any quarterback in the FBS at 120.9. pic.twitter.com/cHvWIUAnlh

Brandon Aiyuk should compile 200 all-purpose yards against the Cougars, but quite a few via air-mail from Jayden Daniels. Expect Eno Benjamin to get 25 or more touches. Something inside me suggests a big touchdown run of 50 yards or more early.

Washington State’s offense presents a similar challenge for Danny Gonzalez’s defense as Colorado. Cougar running back Max Borghi is averaging 7.7 yards per rush and almost 11 yards per reception out of the backfield.  In their loss to UCLA, the Cougars threw the ball for 570 yards. Mike Leach loves it when teams focus on his backfield. When Borghi has eclipsed 100 yards this year, Washington State is just 1-1.

In the air-raid,  Cougar Senior Quarterback Anthony Gordon begins his Pre-Snap Read (PSR) of the defense as his offense approaches the line of scrimmage. This process becomes as automatic as buckling your seatbelt and checking your mirrors before you pull out of a parking space. Gordon will move 5 Cougar athletes into space with each snap. Arizona State has NFL Caliber Coaches and should be prepared to do the unexpected. 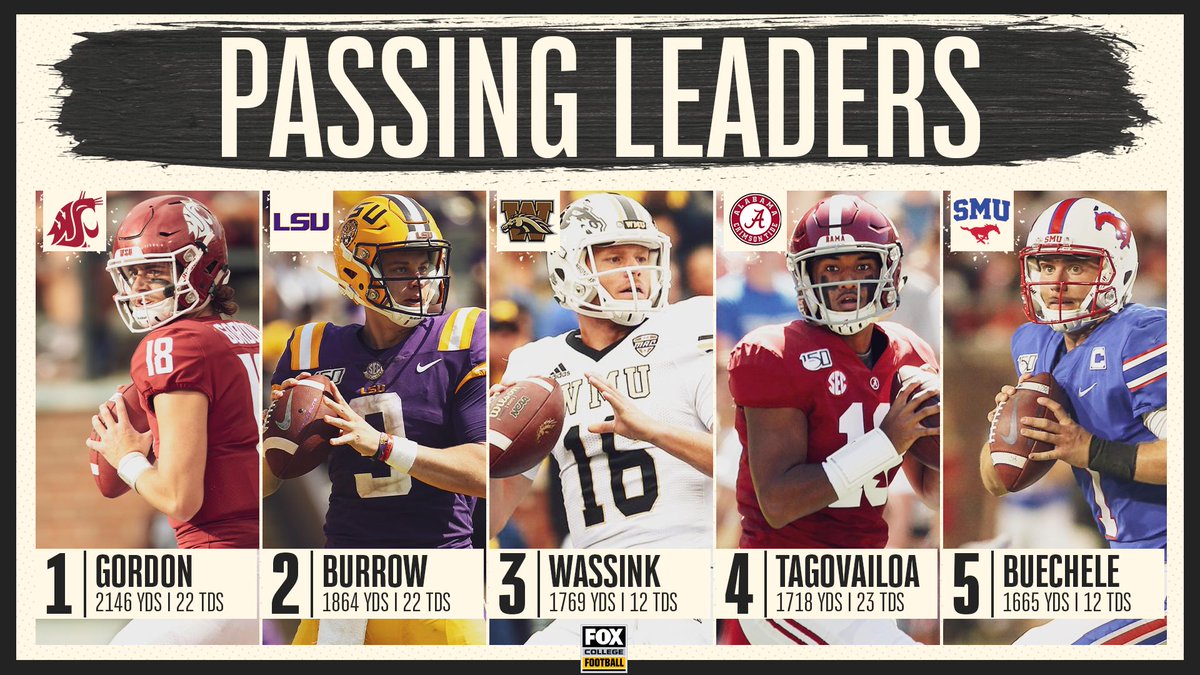 Gordon has already thrown for 2,146 yards, 22 touchdowns and 6 interceptions this year, and having a fast and powerful running back with good hands in Max Borghi will test Arizona State’s linebacking corps. NFL Pro Bowl Linebacker Antonio Pierce who leads ASU’s group will have Merlin Robertson, Darien Butler, and Khaylan Kearse-Thomas prepared for all roles and responsibilities against the Cougars offense.

Anthony Gordon will attack certain parts of a zone defense in space, or he’ll beat man coverage with prescribed routes. Having a senior in Gordon identifying defensive sets at the line of scrimmage is a weapon unto itself.

Wazzu’s offense looks like “managed chaos” on film because of so many moving parts. If the Sun Devil ballhawks want to snag one of Gordon’s timed passes into space, they risk leaving “contain” and allowing a big play to occur. 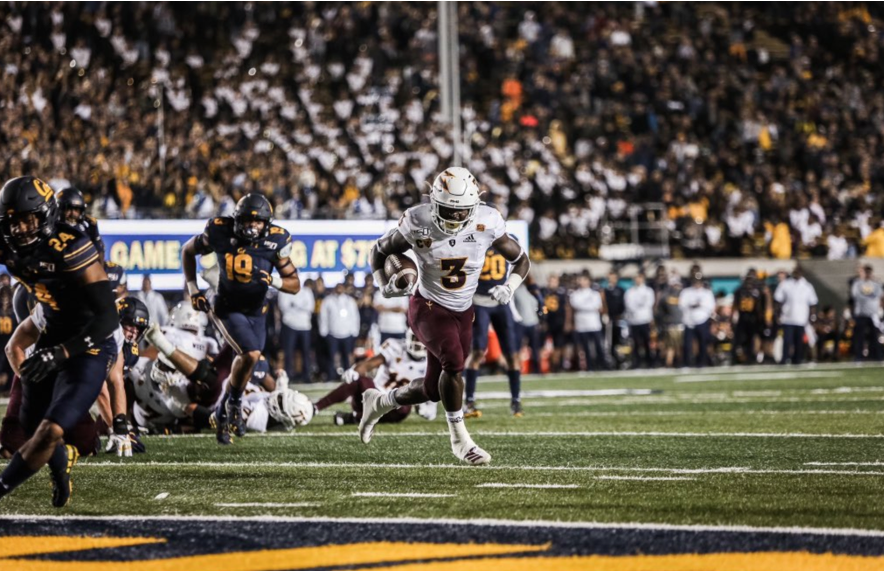 Throwing behind the linebackers with crossing-routes is an obvious weapon for an air-raid with four or five men running routes to spread the field. ASU Defensive Backs Evan Fields, Chase Lucas, Jack Jones, and Kobe Williams, along with Safeties Cam Phillips and Aashari Crosswell, will have to be patient. Discipline wins out in this match-up.

Ultimately, Danny Gonzalez’s Defensive Line will have to get to the quarterback without much help from its linebackers. This is something they could not do at home against Colorado.  If ASU can’t force Anthony Gordon into some bad decisions or put him on the ground, this game becomes a shoot-out.

Key stats to watch will be ASU’s pressures and sacks of Gordon along with Washington State’s yards-per-catch. Washington State hasn’t lost three consecutive PAC-12 games since 2014, which was the last time they missed a postseason berth. They are determined not to let that happen.

What does Las Vegas Say? 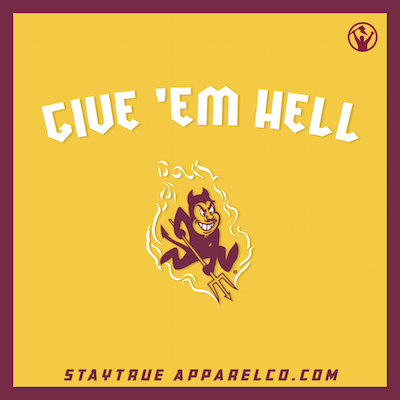 Only a Sun Devil knows the feeling.

Mike Leach hopes that back-to-back losses could be a spark for his football team against the Devils. It is anyone’s guess how a midseason Defensive Coordinator shakeup impacts Wazzu’s preparation for the 18th ranked Sun Devils. Washington State’s players can’t be too excited with Leach’s harsh criticism of their character and effort after dropping two straight Pac-12 games.

Traditionally a -2.5 favorite at home plays more like a “pick-em.”  Arizona State is going to have to score more than their average of 22.8 points per game to run with the Cougars tomorrow.  After a huge let-down against the Buffaloes in their last home game, I predict the Sun Devil defense coming up big against Washington State. I do see the Cougars scoring seven to ten points late to make it look closer than it really was.  Remember, Herm Edwards plays to win the game, not run up the score.

Take a behind-the-scenes look at Chase and Frank’s photoshoot trip to Sedona 🏜📸 pic.twitter.com/LkVQWIJNS8