Menu
State of the PAC-12: Conference Expectations in the North & South
16
May 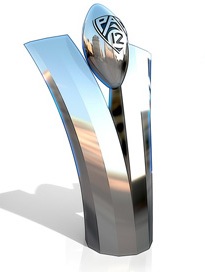 With spring games and practices all wrapped up, questions still abound throughout the Pac-12 North & South, but this is what we think we know so far.

The top two teams in the conference are still Oregon and Stanford, and there’s no likelihood that’ll change.

Mark Helfrich looks to pick up right where Chip Kelly left off with few changes in the coaching staff.

Oregon will still have one of the nation’s most explosive offenses with Heisman contender quarterback Marcus Mariota playing field-general, and running back De’Anthony Thomas likely to see significantly more snaps.

The Ducks’ questions are on defense. They have to replace defensive end Dion Jordan as well as linebackers Kiko Alonso and Michael Clay.

Defensive End Taylor Hart returns after leading Oregon in sacks a year ago, and cornerback Ifo Ekpre-Olomu is primed for a big year.

The Cardinal are set at quarterback with Kevin Hogan at the helm, and he will be protected by one of the country’s most talented offensive lines.

The Ducks’ and Cardinal’s biggest challengers, aside from each other, come from the Pac-12 South.

ASU and UCLA, ranked third and fourth respectively in ESPN’s Pac-12 Blog’s Post-Spring Power Rankings, have high hopes coming into 2013, and both can contend for a Rose Bowl spot.

Both teams are eerily similar. They both have very good quarterbacks: Taylor Kelly for the Sun Devils and Brett Hundley for UCLA.

They both have exceptional defensive playmakers: Defensive Tackle Will Sutton for ASU and linebacker Anthony Barr for the Bruins.

The key for the Sun Devils is addressing the lack of depth at wide receiver while the Bruins focus on tightening up their secondary, which gave up the second most passing yards in the Pac-12 last season (3,320).

While ASU and UCLA are the Pac-12 South front-runners, you can’t count out USC. 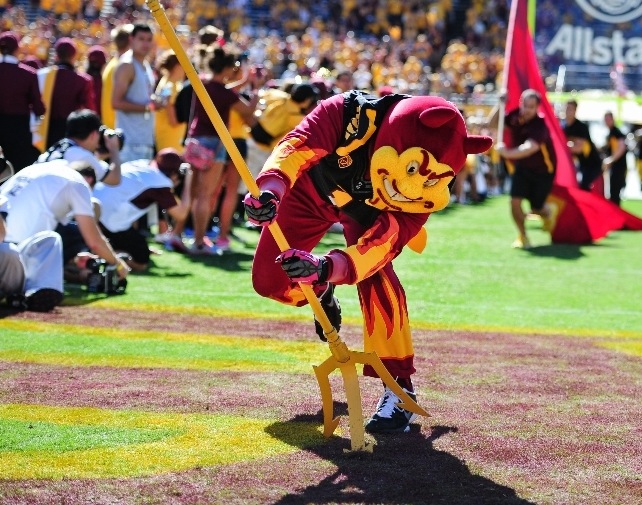 Looking forward to doing this after the UCLA game this season!!

The Trojans have the best wide receiver in the country in Marquise Lee and fellow wideout Nelson Agholor had an exceptional spring.

The only problem is that Lee and Agholor can’t pass to themselves. The Trojans are in the midst of a quarterback battle between Cody Kessler and Max Wittek although both have shown they could be starters.

The installation of a new defense also raises questions for the men of Troy.

Cody Vaz and Sean Mannion are competing for the keys to Oregon State’s passing attack that ranked second in the Pac-12 in passing yards (3,798) and passing yards per game (316.5) last season.

The Beavers’ defense will be stalwart yet again with seven starters returning from the Pac-12’s second-best unit in 2012.

Washington is a wild card. The Huskies return 10 offensive starters including underrated running back Bishop Sankey, who ran for 1,439 yards and 16 touchdowns in 2012.

If quarterback Keith Price can return to his 2011 form when he tossed for over 3,000 yards and 33 touchdowns, the Huskies could be a surprise in the Pac-12 North.

The other two teams in the Pac-12 North still have some ground to make up. Cal is making a polar shift in philosophy under new head coach Sonny Dykes. They’re going from a pro-style offense to an up-tempo spread, and defensively the Golden Bears are moving from a 3-4 front to a 4-3.

Cal isn’t set a quarterback either, although it appears Zach Kline is the favorite. Running back Brandon Bigelow, while ultra-talented, isn’t healthy and their schedule is brutal.

Next year the Golden Bears could be good but this year shouldn’t hold high expectations.

The same holds true, although a little brighter, for Washington State.

The Cougars passed for a Pac-12 best 3,965 yards but only scored 20.4 points per game, second-worst in the conference.

Washington State does return nine starters on both sides of the ball. It’s something to build on. 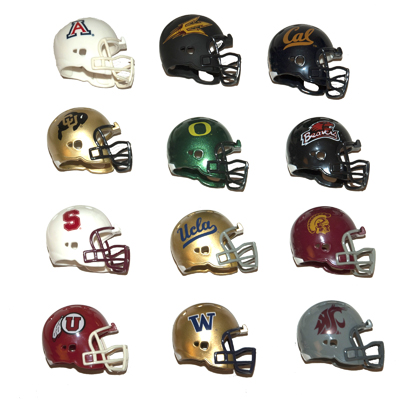 Speaking of building, Colorado has a lot of that to do.

The Buffaloes had both the worst offense and defense in the conference last year due in part because a lot of freshmen saw field time.

Their offensive line is a question mark, and starting quarterback Jordan Webb is out indefinitely with an ACL tear.

The biggest news since Spring is that Arizona wide receiver Austin Hill tore his ACL. The likelihood of him seeing the field in 2013 is in question.

Missing Hill and with no clear successor at quarterback to Matt Scott, the passing game is a concern in Tucson.

On the bright side, last year’s NCAA rushing leader Ka’Deem Carey (1,929 yards) returns along with the entire defense. Yes, the wildcats’ defense was terrible last season but a second year in the 3-3-5 system and 11 returning starters will improve that.

Travis Wilson is entrenched as the starting quarterback, but there’s no stand out receiver. The Utes also lost talented running back John White.

Utah has a goliath offensive line but the D-line is full of questions after losing Star Lotuleilei in the first round of the NFL draft.

Head coach Kyle Whittingham said he expects his front four to be one of the best in the Pac-12 but only time will tell. 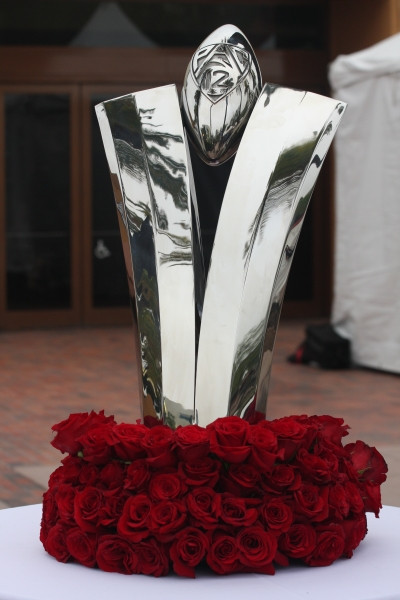