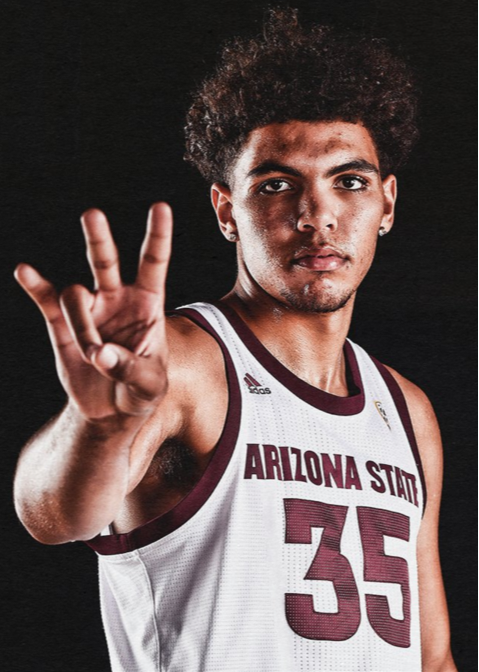 Random statistical analysis is, well, pretty random in nature.  One outcome can occur one-hundred times in a row, and then never happen again.  Mathematically random variables can and will appear in random sequences. A jump-shooter can be 45-percent from 3 and miss 19 of the next 20 attempts.

Given these points, in Basketball, stats are really just a measure of what actually happens in a game. Often, people will suggest, “If you watched the games” you would know better, as though somehow watching the game makes what actually transpired different.

Watching games and statistical analysis are not mutually exclusive. Given these fundamentals, the math, as well as the mechanics discovered by watching the game, are inextricably linked. This is why collegiate and professional teams hire scouts and various experts to study the opposition. Smart Coaches study themselves.

They say, “repetition is the mother of learning.”  Great shooters in the game of basketball know when a shot is good, even at the release of a jumper.  Shooter proprioception can help determine the shot outcome, even before our eyes confirm it.

This phenomenon, however, has not been systematically explored for recreational basketball players or the average fan who enjoys the game at the arena or on television.  The Sun Devils are not taking as many sound, balanced, squared-up shots, and the results speak volumes.

Analysts watch games to determine a variety of different things happening on the floor most people don’t.  This includes but is not limited to stance, agility, speed, control, mechanics, fundamentals, and vision.

Things like swagger, confidence, passion, and energy are all impactful elements to statistical outcomes and performance. Those factors can’t be measured in the box score, yet they can impact a game in ways a mathematical genius may never predict.

When one team has momentum while the other is on its heels, we as fans can see wild swings occur on the floor.  Emotion and confidence are great, but it must rest and rely on a solid foundation and float upon a disciplined and consistent approach.

In analytics, “Action anticipation,” also known as, “Success Prediction,” is the ability to predict the outcome of an event before it actually happens.  This is a critical component of decision making in athletics, and separates the good from the great.

When asked how he was able to score at will, Wayne Gretzky famously suggested he would “skate to where the puck is going, not to where it has been.”

The Sun Devils have room for improvement as far as moving well without the ball, and the turnover to assist ratio is telling. ASU has 139-turnovers and only 118-assists.  Guard-U needs to be more disciplined to make a run this season. 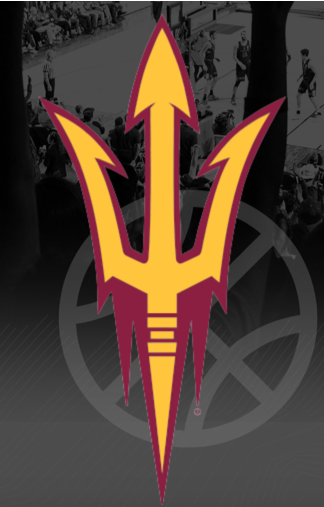 In basketball, anticipating a shot will go in, bounce away from the basket, or miss the hoop entirely will typically reflect the direction the shooter moves as the ball arcs through the air towards the hole. Action anticipation is more pronounced in skilled athletes. Great rebounders anticipate where the ball is going according to spin and the very release when applicable.

Good point guards pass the ball with spin to curve it off the bounce around a defender to where he/she believes a slashing teammate is headed.  Great point guards will actually pass the ball off the backboard to an interior post-player who has boxed-out for position. It’s not often used, but it’s an excellent maneuver when a team needs 2-points with time winding down.

With this, if the other offensive player isn’t mentally on the “same page” with the ball-handler, a great pass with exceptional court vision becomes a “turnover” in the Box Score.  Think Tom Brady and Julian Edelman here. The Goat throws his receiver open as both players make the exact same read in a split second of play.

We don’t have to watch 300 games a season to know who can do what on a basketball team.  In fact, watching a 3-minute YouTube video of a Sun Devil recruit can reveal volumes of information before they play game one at The Bank.

I observed mechanical issues with Alonzo Verge Jr. and Jaelen House before the freshmen played their first minutes.  You can bet opposing coaches translate these flaws into their game-planning. For example, Virginia used length to step into the path of Arizona State ball-handlers who have had a tendency to pound the rock towards the basket as opposed to dishing it off. Saint Mary’s did the same in their 96-56 blowout of the Sun Devils. 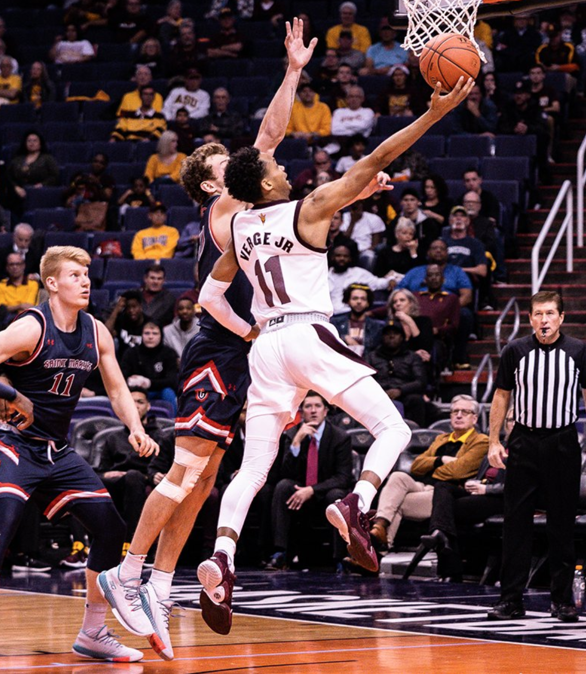 Coach Bobby Hurley has struggled to find a cohesive and consistent squad to execute a game plan efficiently.  I would offer this, Hurley is a better coach today than he was even last February or March. He still needs more balance at the point, better decision making, and certainly better shooting.

Remy Martin and Rob Edwards are missing too many shots in anticipation of drawing a foul. Furthermore, Taeshon Cherry, perhaps the best all-around shooter for ASU, is hesitating on his jumper.  One great story here is Taeshon is scoring around the rim. He could fundamentally own most Pac-12 bigs down on the block.

Coming off a fantastic scoring display (43 points) against The Gaels’, Alonzo Verge Jr.’s mechanics are hampering his consistency from deep. Verge was 1-6 from 3 against Saint Mary’s.  When straight-lining the rim he has displayed a nice touch. So far Verge is 41-79 from 2. That’s 51.9-percent, a fantastic number.

For this same reason, Freshman Guard Jaelen House has been losing minutes. Jaelen is too inefficient offensively, and his decision making has compounded the challenge. Committing fouls at half-court is as bad as forcing a shot from distance.

House, an exciting defensive player with speed, agility, and passion, is 7-27 (25.9%) from three, and his “Efficiency Field Goal Percentage” is just 35.1-percent.  He is 13-40 (32.5%) from inside the arc and will no-doubt benefit greatly from a summer in the weight room as well as working with a shooting coach.

Like Alonzo, House is nails from the free-throw line.  He is 23-25 for an incredible 92-percent. Jaelen has 23-assists, 23-steals, and just 14-turnovers. When left free to shoot, House can get it done.

Offensively the Sun Devils efficiency rating is sliding fast, currently sitting at 236th out of 353 D-1 Programs. Guard-U has missed 167-three-point shots in the first eleven games. They are 68 of 235 from 3 (28.9-percent).

Arizona State can’t afford to lose the next two games- Creighton (9-2) on Saturday and then Texas Southern (3-7) on December 28th who happens to have the 3rd toughest schedule in the country right now. Why? Because Arizona, Oregon, Oregon State, and Colorado follow, and the Pac-12 is poised to play like a minefield of tough games and upsets.

The train has already left the station and Arizona State fans should be prepared to ride a rollercoaster into March.  Where the tracks point right now, ASU is an 18-13 or 19-12 team entering the Pac-12 Conference Tournament.

Swag out a lucky Sun Devils’ keys 🔑 ! We have a limited supply of the leather & brass Sun Devil Keyring, so shop now: https://t.co/VzFSMODj0O pic.twitter.com/xETxKQyoJL

Cynch is Heating Up the Hoop with another contest!

Enter to win a night out and a VIP experience for two to the UofA game, courtesy of @CynchPropane:https://t.co/aOwBMYyxdg pic.twitter.com/z4aSymynmv