By Ben Wong for DieHardDevil.com

Tempe, AZ – By all accounts, ASU’s week 2 win over Wisconsin at home was the biggest moment in the 2013 Sun Devil season still in its infancy.

After the victory in Tempe, senior safety Alden Darby told thesundevils.com, “It’s a great win for the university, for the city, for the fans and for our football team.”

Not only was it a great win for Sun Devil Nation, but the fact that Darby pointed out the fans is worth noting. The group of fans with the biggest impact on game day is undoubtedly the ASU student section, also known as “The Inferno.”

These DieHard Undergrads are the lifeblood of Sun Devil Stadium. 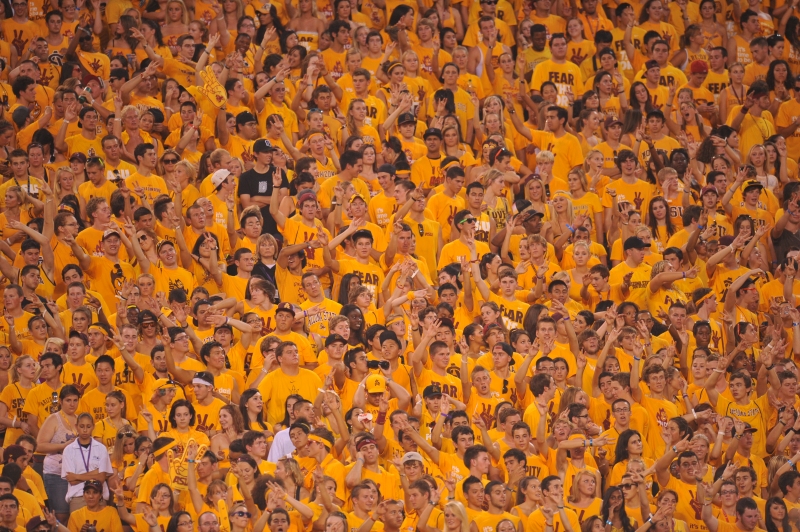 DieHard Undergrads in “The Inferno.”

Nearly 13,000 pack the house of heat for every home game, turning big games like today’s matchup against USC into full-fledged battles.

For the students that take part in The Inferno on game days, every voice matters.

ASU Freshman student Diego Mendoza says, “It’s the unity that struck him the most. There is a tangible sense of community on game days. The student section is a place where everyone is searching for the same outcome, cheering for the same events, and wearing the same colors.”

This “power of the community” is exposed when the team needs it most, when the Sun Devil bench will turn and interact with the students, keeping that energy level high in an effort to outlast their opponent. 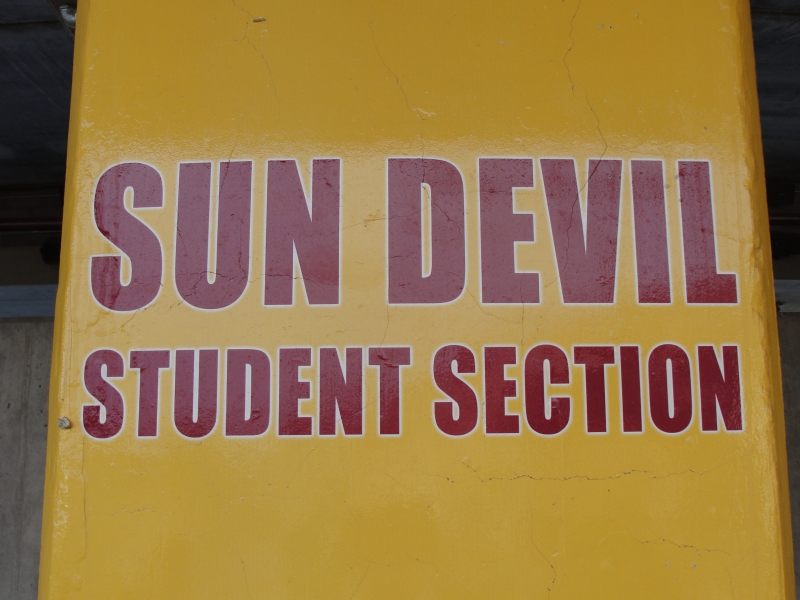 Nearly 13,000 students pack the student section for each game.

Senior Daniel Nemet also added, “The best part is being around other ASU students that are just as excited as you are.” The collective roar of the student section can play a big part in games, especially in marquee matchups such as USC.

While each person may take something different out of sitting in the student section, everyone can agree that being immersed in a sea of pumped up undergrads is an unparalleled part of the college experience.

Once criticized for poor attendance, “The Inferno” student section is now a healthy force at Sun Devil Stadium. Just a few years ago, Coach Graham was all over campus, persuading students to attend games. On Saturday, he’ll sprint out of the tunnel at the helm of the best Sun Devil squad in years. He will also have the complete support of the undergrads decked out for the “Maroon Monsoon.”