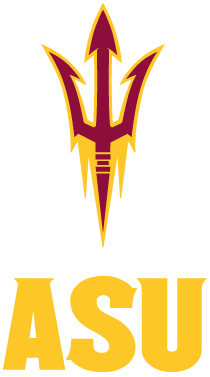 If you don’t feel like you have something to prove every day, you will never improve or grow.  While enjoying a three-game Pac-12 Conference winning streak, Sun Devil Basketball dropped a point in the NET Rankings used by the NCAA Tournament Selection Committee.  Resting at 64 NET, the Sun Devils are now teetering on the brink and have plenty to prove on the court with three games remaining.

For reference, Bobby Hurley’s former program Buffalo rests 48 spots ahead of ASU right now and finished last week by blowing out two inferior teams.  With a NET Rank of 16, no question about “determination” on offense or defense exists from Bulls Coach Nate Oates, who is now 88-42 in this his fourth year at Buffalo.

When a wrench is thrown at us in life, we have three primary choices

The first is to “dive right in” facing the challenge, devoting everything we have to move through and past the roadblock.  Diving right in is an all-out, high-energy sprint where you have to do whatever it takes to crush the challenge and potentially dominate the game.  This is what DieHard Devils see when our men’s basketball team faces tough teams like Kansas, Mississippi State and 25th ranked Washington.  The young Sun Devils play to their truest potential when the pundits tell them they can’t win.

The second is to do enough to “just get by.”  It’s the polar opposite of diving right in.  This approach involves doing what you need to do, with as little effort as it takes to simply stay in the game.  This is what fans see when Sun Devil Basketball loses games to teams like Colorado, Princeton or Vanderbilt.  This is the lack of swagger by a Bobby Hurley team allowing Nevada to snatch a victory from the jaws of defeat. It’s sometimes called “playing down to the level of the competition.” But “just getting by” is a disease on every front.

The third is to “find balance.”  This is the middle ground by knowing when to increase the intensity in effort and when it is better to conserve energy.  It’s putting one foot in front of the other with the ability to adjust pace based upon what’s in front of us at the moment. 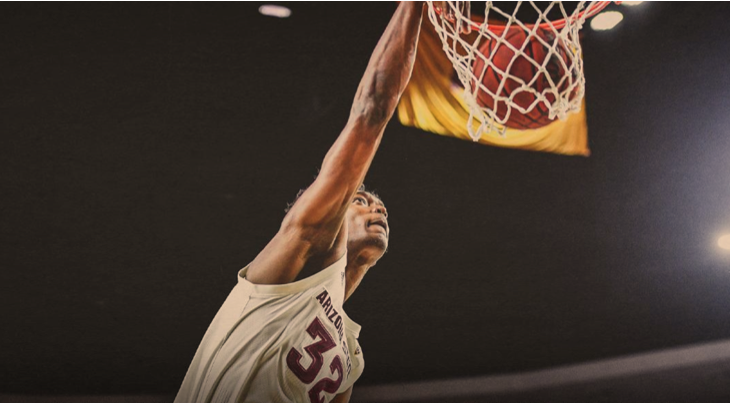 “Finding balance” is the primary job of the coach in basketball, but it’s also a key component of wisdom for every young baller to master.  With an energetic-inexperienced team, the coach needs to substitute players or switch defensive formations to conserve energy. You don’t want young players getting into the habit of taking possessions off like perhaps a LeBron James or Stephen Curry can get away with at the elite level.

Against California on Sunday evening, Arizona State did enough to just get by. Sun Devil Basketball looked flat and ill-prepared early on which let a frankly horrible Cal team run with them. In the second half, the Devils woke up and found their sense of urgency which ultimately propelled them to victory over the Bears. It was not the game plan.

It is the combination of physical attributes like height, strength, speed, and agility, coupled with developed skills like shooting, dribbling and passing that make basketball a unique sport.  This mix of abilities and attributes allows players and coaches to create their own styles of play.

When the overall approach lacks a firm and balanced foundation it can allow bad habits and selfish or erratic play to sink the ship. This is exactly where our guards or more recently a key rebounding forward is initiating the motion offense from far beyond the 3-point line. Sun Devil guards dribbling right or left to hand the ball off to the next Sun Devil player with no plan of attack.  Statistically speaking, this is one of the worst ways to be successful against any good defense and even that of the lowly California Bears.

Sun Devil fans witness this when a player takes an off-balance one-legged shot or attempts a no-look pass that bounces off opposing players’ legs, nowhere close to the necessary angle for success in transition.  We see this when the offense is being directed by forwards 27’ from the net and the ball is being pounded on the hardwood rather than being efficiently passed. We see it in the number of forced shots, offensive charges, missed layups and airballs from 23’ out.

When skill and style are molded together, we see the true beauty of basketball… Five players with unique sizes, talents, and styles moving in sync! Basketball melds experience, practice, athleticism, and teamwork like no other sport yet has the same simple geometry of hockey and soccer.

We don’t see soccer or hockey stars constantly dribbling or puck handling. They pass to force the defense to move, then they exploit the gaps. Just ask ASU Men’s Hockey coach, Greg Powers, if skating around with puck is more efficient and effective than passing and creating attack angles. While making a strong run at The Frozen Four Championship, Sun Devil Hockey is picking apart big programs with a beautiful and persistent geometric dance.

Let’s face it, perfection is not exactly a human trait, and I never expect it in collegiate gameplay.  Practice does not make perfect, but a “perfect” dedication to practice creates the platform for success come game time.

What we do in preparation for the game is who we are on the floor.  This simple truth makes me wonder if Arizona State’s erratic play is the result of a championship mentality or not. It also makes me wonder if the practices address the strengths and weaknesses of the opposing team.

With Sun Devil Basketball, I will patiently take persistence and perseverance over perfection when the fundamental game plan breaks down.   Luguentz Dort played like a champion against the Bears. He finished with 22 points while Rob Edwards scored 16 helping Arizona State secure a tough 69-59 comeback over California (5-22). “I don’t know if I’ve played against another guy or competed against another player that could harass and guard,” Coach Hurley said about Dort. “He’s an elite guy, in the top percentile of athleticism.” 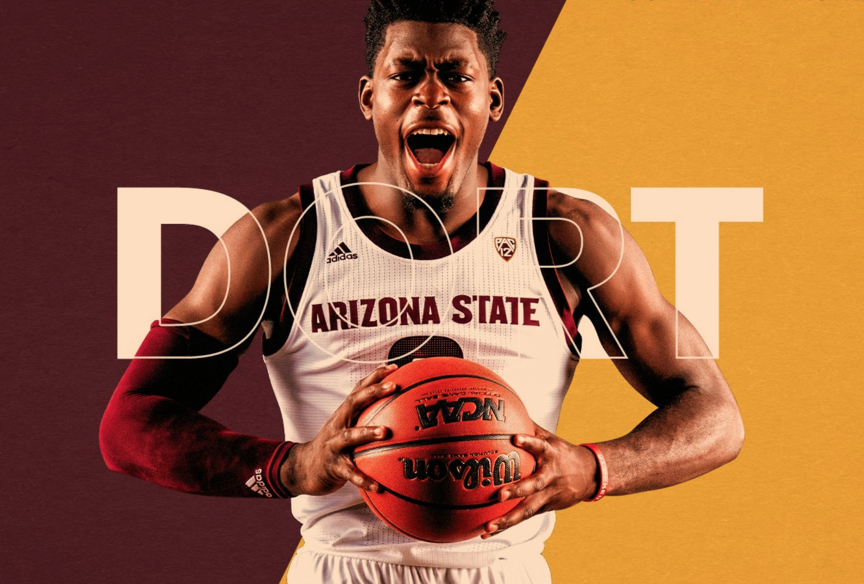 The Bears went on a 20-7 run to close the first half.  During this stretch, Grant Anticevich hit two 3-pointers and Matt Bradley added five points.  Somehow, the Sun Devils found themselves down 34-28 at halftime. That is 28 points against a California Bear team ranked 352 out of 353 teams defensively in NCAA Men’s Basketball.

Yes, only one other team in the NCAA is more miserable at defense than the Bears. California is in the “conversation” with that of a Gardner-Webb and High Point from the Big South Conference!  I didn’t know those two teams existed.  I would bet Scottsdale Community College could put a better product on the floor (Go Artichokes!).

Now, people always talk about going on “offensive runs,” but persistent teams can lock down and push a strong defensive run, too. Arizona State came out fired up in the second half. It was the defensive tenacity sparking a 12 minute 28-10 push that placed ASU ahead by 12.

The Sun Devils had seven steals and forced Cal into some uncomfortable shots. The Bears were only awarded 12 free throws (10-12) in the game.  Arizona State shot 16 of 28 from the field after halftime, going 4-7 from three-point range.

Having watched NCAA basketball all weekend, it is obvious top tier NCAA Programs capitalize on “what is open” rather than attempting to force the action. When the defense pinches down on the ball, great teams hit a moving player slashing to the hole or pass outside for a nice, collected spot-up 3-pointer.

Great ball handlers use the dribble last. They maintain a triple threat position and wait for a set to take shape. Successful teams are always passing and cutting, and it does not have to be prescribed. It can be creative and everflowing, like the triangle described in an earlier article.

Furthermore, every single top 20 team has a myriad of offensive sets they then “create” or play off of.  Imagine Remy Martin working a pick and roll with Zylan Cheatham, especially with his knockdown 15’ ability like a John Stockton or Isiah Thomas.  Imagine back screens freeing Edwards and Cherry for open 3-pointers moving inside then out or across the floor against a zone. Imagine constant screens on the block creating space for a quick pass and a dunk for Romello White or Zylan Cheatham let alone a lanky-agile De’Quon Lake.

Arizona State’s offense is inconsistent. Throughout the game against Cal and in many others, Zylan Cheatham should not be 27’ away from the rim running the motion offense. In-fact, he should not be instigating the offense from the point position at all.  The same goes for White and Lake.

All three bigs should get the ball between 12’–15’ and then patiently make decisions based off of the defense and floor spacing.  Zylan finished with 2 offensive rebounds and 5 turnovers while 6’4” 220 pound California Freshman guard Matt Bradley swallowed up 10 boards (9 of them defensive).  Bradley was a nightmare for ASU hitting 5-7 from three-point range and finishing with 23 points. Zylan ended with 8 points, and it’s obvious Coach Hurley needs to keep him focused on dominating inside the paint first.

“I hope they remember my passion, love for the game, love for this crowd, & how I left it out on the floor every night.”

After his final home game at #TheBank, Zylan Cheatham (@1KingZ4) told me what he hopes fans remember about him & his favorite @SunDevilHoops memories: pic.twitter.com/g4sUcaUQHE

“I thought it was a great response in the second half the way the guys played and performed at both ends of the floor,” said Arizona State head coach Bobby Hurley. “Our approach was better. Our aggression was better without fouling. It looked like we were putting together consecutive determined possessions.“

Let’s quickly observe 17th ranked Maryland. They have the 4th youngest team in the nation with a similar recruiting rating as ASU.  They’re not only improving each week, but coach Mark Turgeon encourages his young guards to create based off of what the defense gives them at the moment. Maryland is balanced, ranking 69 on both offense AND defense out of 353 NCAA teams. I believe Luguentz Dort, Remy Martin, Rob Edwards, and Zylan Cheatham should enjoy the same freedom Hurley provides them, but a better foundation and structure could help ASU find consistency. 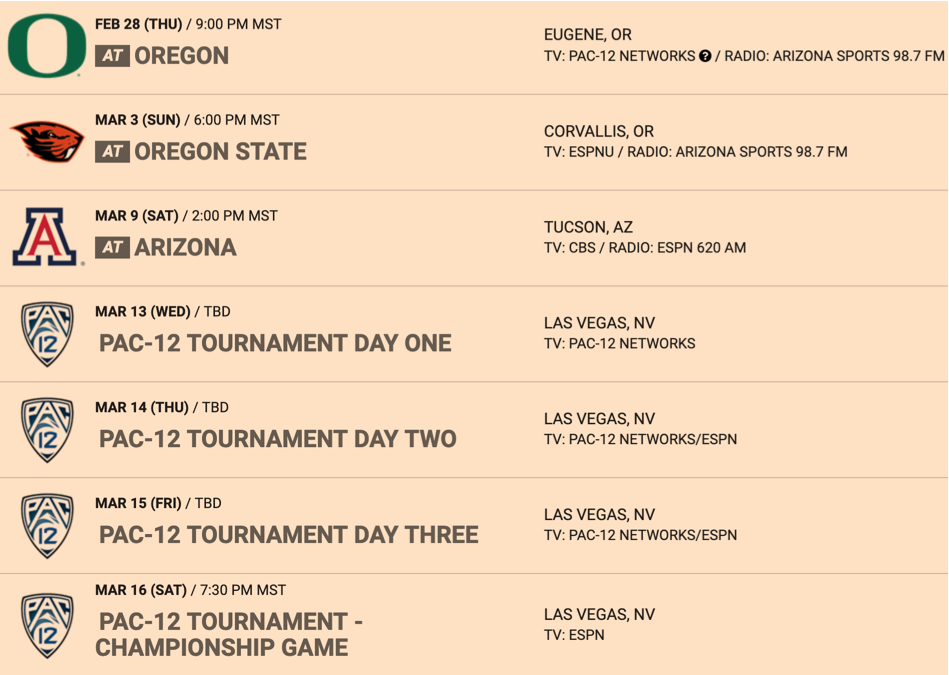 We have won three games in a row.  We have the talent to win the next three on the road.  But using Hurley’s own words, every single possession must be a “determined” one!  His press conference statement about “determination” in the second half points exactly to why ASU has fallen apart in stretches this season. They have zero offensive direction and rely on ball handling and “determination” rather than passing and systematic movements.

Bobby Hurley has to dig deep to create winning game plans for his strong, talented and agile Sun Devils. His guards can execute the game plan while also making on-time decisions at this point in the season.  Remy and Luguentz can float creativity with the best of them but need a foundation from this point forward.  Simply stated, ASU should play like champions, expecting to destroy Oregon, Oregon State, and Arizona.  All three teams rank in the Top 80 of college basketball making them important victories on the NCAA Tournament Resume!