The computer gives the Arizona Wildcats a 59.9 percent chance to beat the Arizona State Sun Devils at 2 pm MST today in Tucson.  Arizona State is averaging 77.9 points a game to Arizona’s 71.3. Both teams are relatively equal in every major category. ASU is 20-9, Arizona is 17-13.

“Whatever the team needs at that moment, that’s what I’m going to do.” -Remy Martin

At The Bank in Tempe on January 31, it took a 31 point outburst by Remy Martin and overtime to seal the victory for the Sun Devils 95-88.  The Arizona State win ended a six-game losing streak against the Wildcats, and Bobby Hurley’s first over his friend and rival Sean Miller. Remy “Share the Sugar” Martin also dished out eight assists on just one turnover in the incredible effort.

Rob Edwards added 19 points and Zylan “Yes Sir” Cheatham had 11 points and a career-high 22 rebounds in a Herculean display of both heart and hustle for the Sun Devils.  Edwards was 3-6 from three-point range and 8-11 from the free-throw line. Luguentz Dort was 4-4 from the stripe and had 6 assists before fouling out late.

Arizona Coach Sean Miller said his team’s offense was as good as it had been, but the defense struggled.

“Our offense, we haven’t had an offensive night like that, scoring the ball and being efficient in a long time – that should have been good enough for us to leave with a road win – but our defense was just inept,” he said.

Arizona State controlled most of the first half until Ryan Luther and Justin Coleman hit two late 3’s to close the gap to 36-33 after twenty minutes of play.  Both UA players scored 19 apiece and Brandon Randolph had 17 for the Wildcats. Remember Arizona was without guard Brandon Williams with an ankle injury.

Arizona scored 50 points in the second half to Arizona State’s 47.  Arizona State was more efficient with 55.6% from the field versus 40.3% for the Wildcats.  The difference maker for Arizona was 16 offensive rebounds and some clutch three-point shooting.  The Wildcats shot 50 percent from beyond the arc on 14-28 for the night.

Remy Martin scored eight of his 31 points in the overtime and Arizona State quickly ran away with the victory 12-5 in the extra five minutes of play.  The final was 95-88.

The Arizona State Sun Devils took advantage of their superior length, height and athleticism by getting the ball inside resulting in easy buckets and as mentioned, a ton of free-throws.  Those free-throws allowed Bobby Hurley’s team to also catch their breath. The Sun Devil’s only got 35 minutes from their bench and very little production. That has to change today in Tucson. Taeshon Cherry has to show up to play a complete game while maintaining his temper.  Kimani Lawrence will have to keep Arizona’s shooting guards off balance and force them to chase him around on defense.  De’Quon Lake must dominate the defensive glass and exploit his superior length and athleticism in the post. Vitaliy Shibel and Elias Valtonen both need to be prepared to play a few meaningful minutes as well.

Arizona State is a 1.5 point underdog in Vegas, and here are some key things to look at:

Starters Chase Jeter, Ryan Luther, and Ira Lee off the bench all have to be kept in check around the rim.  Look for Arizona State to feed Cheatham, Lake, and White in the low post often. Also look for Luguentz Dort, Remy Martin, and Rob Edwards to attack the middle of the defense to open up some easy layups and dunks.  In the last matchup against the Cats, Arizona State got to the line often, finishing 26-35. Attacking the rim has paid off every time for ASU this season, and today should be no different.

Wildcats 6’6” Sophomore Brandon Randolph and 6’5” Freshman Devonaire Doutrive will present challenges for the Sun Devils who have had some problem with tall athletic guards lately.  Getting a few extra fouls and time from the bench here will make a big impact down the stretch today.

Luguentz Dort is primed to have a huge game.  He is bigger, faster and stronger than Arizona’s guards and forwards for that matter.  If he plays within himself “Lu Skywalker” will be the game changer.

Remy has to limit his one hand, no look passing and control the ball and flow of the offense, doing whatever it takes in each moment.  Remy simply has to be efficient on offense and tenacious on defense. His speed & agility is a headache for opposing ball handlers. In the win against Arizona last time, the Sun Devils only shot 19 three-pointers, connecting on 9 of them.  They can’t default to “Guard U” and off balance bombs from downtown today. Arizona State is more balanced and physical than Arizona, but not by much.  If the Sun Devils show up with a superior game plan, totally ready to execute without any gimmicks (Remember Bobby Hurley had to run gassers to prove a point to his players prior to the shootaround on January 31st), they will win and not need a second of overtime to do so.  This has to be a balanced and complete game and team effort. We can’t count on 31 from Remy that included a 29’ three-point bomb at one point at The Bank.

If Arizona State wins the last game of the season, they will be locked into the NCAA Tournament regardless of the Pac-12 Tournament outcome.  But both teams have a ton to play for. Not only is this is a huge rivalry, but it’s also a proving ground for both young teams. 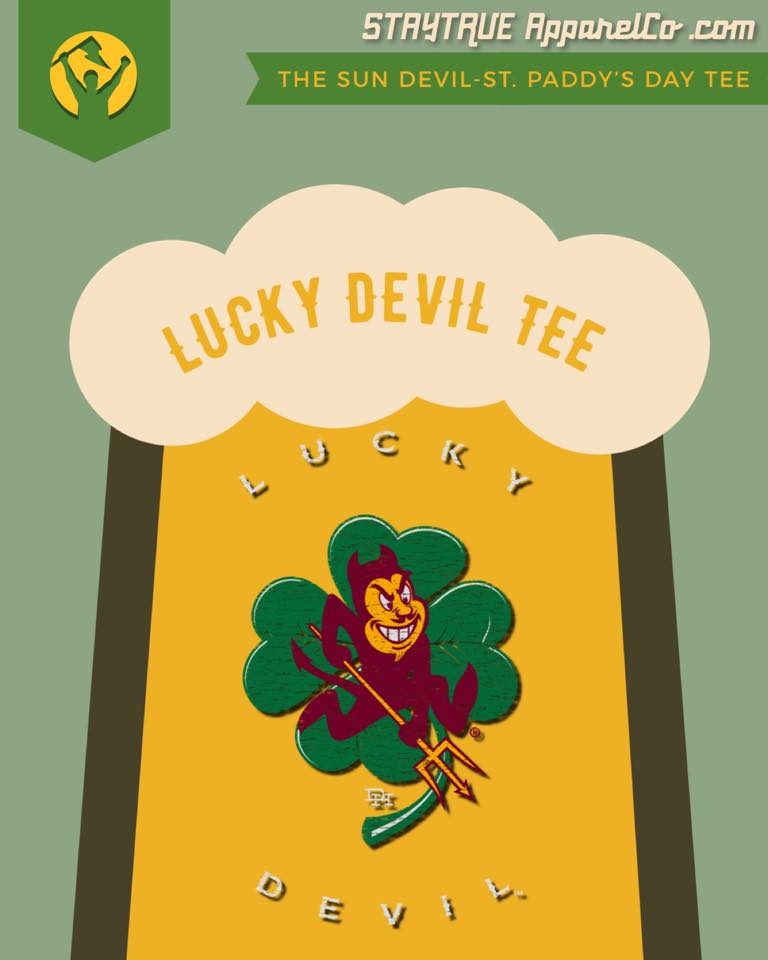