Tom Crean (6-2) is the Head Coach for the University of Georgia Bulldogs in Athens, Ga.  Previously, Crean was at Indiana (166-135) and Marquette (190-96) where he took the 2003 Golden Eagles to the NCAA Final Four with a lethal guard duo in Travis Diener and Dwayne Wade.

Crean is very much like Neo from the Matrix but most recently has been struggling to translate his kung-fu. To this end, the Georgia Bulldogs have a 17-23 over-all record in Crean’s two years in Athens.

"Going into an environment like that…we can't have the 'deer in the headlights' look."@TomCrean is ready to see his young @UGABasketball team in their first road environment on Saturday night at Arizona State!

On defense, Tom Crean emphasizes rebounding and filling-gaps. He likes to apply pressure, and several of his players will aggressively jump passes like a defensive back or a free-safety in football.

One of the most important tools when exploiting a pressure defense is the pass fake with back-door cuts to the hole. For players like Kimani Lawrence, Taeshon Cherry or Rob Edwards on the wing, the second they see the back of a Bulldog’s head, they should cut to the hoop.

Despite ASU’s tendency to play loose on offense and sniff out “highlight opportunities,” the Devils must adhere to sure-handed passing, using two hands as much as possible. Odell Beckham one-hand grabs and no-look passes on Saturday Night will come with extra risk against an opponent like Georgia. Tom Crean’s offense is a two-headed monster. First, he wants to score in transition based on team-defense.  Second, he has a reputation for the sheer magnitude of his offensive-sets. The Bulldogs will play with a multitude of options based on what the Sun Devil defense gives them.

The Devils should show relentless pressure on the ball, most specifically to limit the half-court space for the Bulldogs’ standout Freshman Guard, Anthony Edwards. At 6’5” 225 pounds, Edwards is going to score, but the Sun Devils must maintain a short memory and stay in front of him.

Anthony Edward’s is exactly the Guard/Forward combination that has given Bobby Hurley’s Guard-U fits over the years.  The Sun Devils will platoon fresh legs at Edwards and stick to him like glue with Elias Valtonen, Kimani Lawrence and Taeshon Cherry doing most of the dirty work. These three want to frustrate the freshman as much as possible. 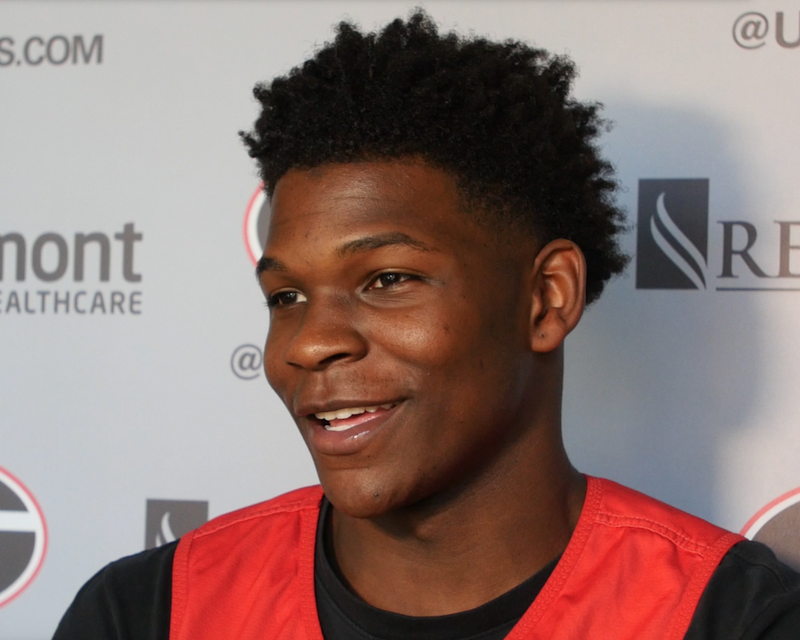 Another Bulldog to watch is 6’8” Junior Forward Rayshaun Hammonds. Hammonds is grabbing 3-offensive boards a game while averaging 14.8-points.

In the middle, the Sun Devils will thrive if they can get the ball to Romello White early and often. On Defense, Romello needs to box-out and challenge shots vertically without being baited into leaving his feet. In support, Jalen Graham may play more than his 6-minutes vs Prairie View. 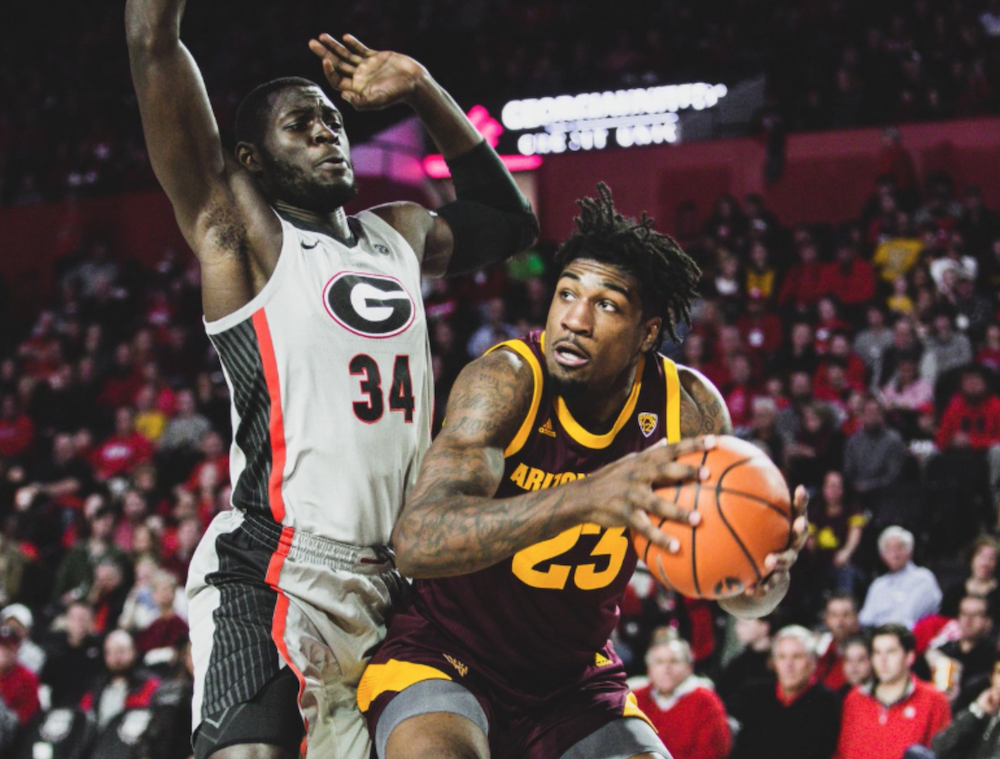 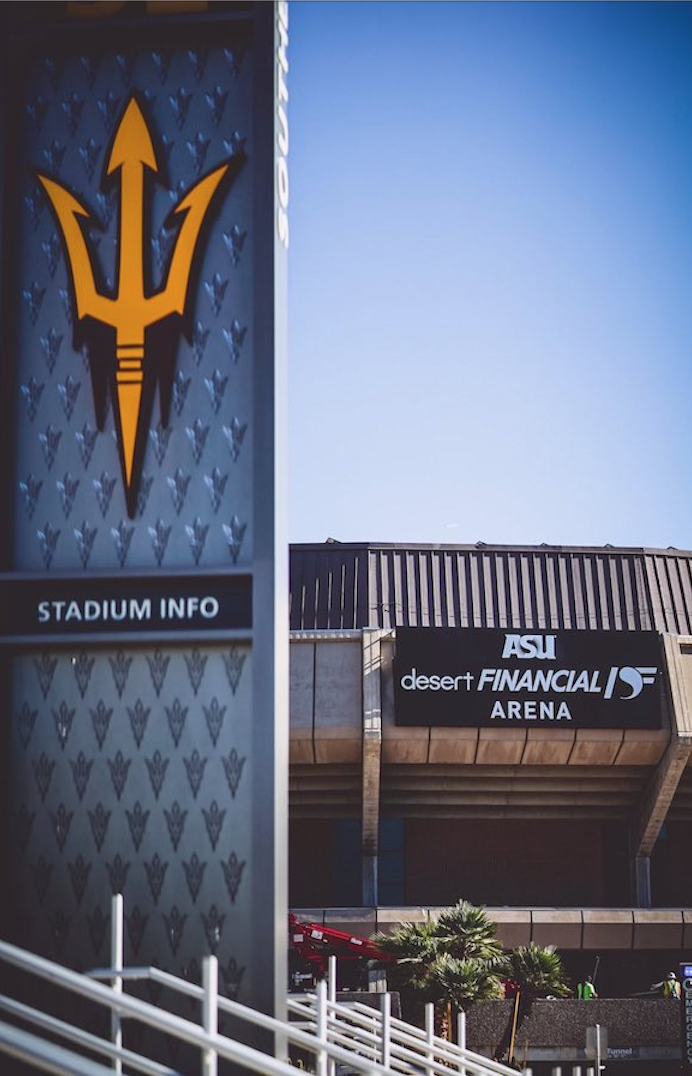 At The Bank, ASU needs to immediately establish a strong interior-post presence. White should be on and around the block all game making himself available for an entry pass. Taeshon Cherry, Khalid Thomas and, of course, Jalen Graham should do the same.

Remy Martin, Rob Edwards, Alonzo Verge Jr., and Jalen House need to throw strong straight-line passes inside to get the Sun Devil bigs into a nice rhythm. In theory, when Georgia collapses on the Sun Devil interior, Guard-U should take over from beyond the arc.

Keep an eye on ASU getting to the charity stripe. Twenty plus free-throws would bode well in this game. The Sun Devils should also take 50 plus 2-point shots attacking the rim as well as stopping-and-popping from 12-15 feet.

ASU’s 3-point shot should not be forced.  Last year in close games the Sun Devils struggled to take what opposing defenses were giving them. This year, it’s been much of the same.

Against the Georgia Bulldogs on Saturday night, the Sun Devils should get 24-plus good looks from beyond the arc. As long as they limit forced 3-point shots, look for Arizona State to improve upon their 31.4 three-point shooting percentage.

ASU needs to move the ball around and be patient in the half-court offense. Ultimately, look for Remy Martin to play like NFL Quarterback Lamar Jackson handling the Run-Pass-Option attack in transition.  With each assist by “Share the Sugar” Martin comes more space for his mid-range jumper and long-range three.

ASU’s captain needs to be a “triple-threat” point-guard tonight. WIN A VIP EXPERIENCE VS. THE CATS 😿

Our partners at Cynch Propane are Heating Up the Hoop with another contest!

Enter to win a night out and a VIP experience for two to the Arizona game, courtesy of Cynch Propane.https://t.co/AdQyApdXjK pic.twitter.com/8e0O0m3dH6