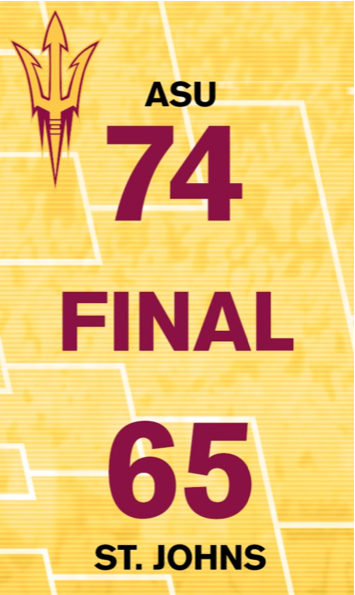 Great leaders possess the power to make things happen with whatever is available to them in any circumstance at any time. Great leaders innately focus upon how they can rather than why they can’t.  You can not only see it in their body language but also when their words match their actions.  While dancing in March you absolutely must walk the talk.

Yesterday’s victory over St. John’s was the first time in ten years Arizona State has won a game in the NCAA Tournament, and the Pac-12’s first victory dance in two years. Bobby Hurley has had a certain swagger about him over the past few weeks, and his players are following suit.

During last offseason, St. John’s guards Shamorie Ponds and Mustapha Heron considered entering the NBA draft, and both are projected as late first round to second round picks this summer.  But if I were either of their agents, I would bleachbit the last two games St. John’s has played against Bobby Hurley’s Sun Devils. ASU is the kryptonite to Chris Mullin’s Red Storm.

As the missed shots, defensive breakdowns and turnovers piled up for St. John’s, Shamorie Ponds body-language told the world how the game was going to play out.  Ponds was frustrated, rolling his eyes, glaring at the scoreboard and looking at the referees for some sort of solace. Ponds is now 14-43 from the field in two games against Arizona State.  As DieHard Media has suggested, nobody in the NCAA wants Luguentz Dort or a healthy Remy Martin chasing them around for 40 minutes. Representing the Maroon & Gold in Dayton

The Arizona State Sun Devils were not going to lose against St. John’s.  Bobby Hurley suggested his squad would be ready for any team at any time in this tournament and had his Sun Devils mentally prepared for battle.  It didn’t matter who the opposing guards were, or where they might land in the NBA Draft, the Sun Devils owned the Red Storm.

Sophomore point guard, Remy “Share the Sugar” Martin was visibly struggling with a groin injury.  To go out and play with limited lateral capability in an NCAA Basketball Tournament game is commendable.  Despite what the box score shows, Martin, Arizona State’s fiery leader, balanced the tempo of the Sun Devils in his twenty-three minutes on the floor. The Sun Devils needed someone to take charge, and Pac-12 Freshman of the Year, Luguentz Dort took over. Going for a rebound early in the second half Lu “Skywalker” Dort was fouled hard and landed awkwardly on his hip.  Instead of leaving the game, he overcame the injury and eventually dropped a game-high of 21 points on 6-of-11 shooting and 8-9 from the free-throw line.  Bobby Hurley’s Arizona State team was rewarded for taking the ball inside, ending the game 25-33 from the free throw line.

Zylan Cheatham and Remy Martin both acknowledged their freshman teammate in the post-game presser in Tulsa, OK. Regarding Dort’s big fall, Remy said, “Best thing about this team is that there are no individuals on it. When one falls the other has his back. It’s all about the team and not about us.”

"He doesn't even surprise me anymore. Everything he does I've seen in practice." – @1KingZ4 pic.twitter.com/ahMo3aOm4r

If you were to look at every hustle metric and fundamental statistic, you would find it difficult to believe Arizona State could win this game.  The Sun Devils gave up 16 offensive boards to the Red Storm who also had 11 steals for the night. Arizona State had 21 turnovers. This does not account for some of the bricks, airballs and missed layups St. John’s swallowed up on the defensive glass helping the Red Storm get into transition fast.

St. John’s took 69 shots to Arizona State’s 49, but the only statistic that matters in March is the end result. Bobby Hurley got his first win EVER in the NCAA Tournament, as the Sun Devils defeated Chris Mullin’s St. John’s Red Storm 74-65.

“I loved our effort, how we played in the first half,” said Coach Hurley.  “We have to take care of the ball better, so we’ll have to go to the drawing board to clean that up going into the next game.”

St. John’s shot a season-low 31.9 percent from the field, including 8-31 on three-point attempts.  Bobby Hurley used a zone defense to mix up looks against the Red Storm offense. Arizona State forced their Big East opponent into 16 turnovers in this First Four victory.  Zylan Cheatham had another double-double with 14 points and 10 boards. He got to the free-throw line often, finishing 7-10 from the stripe.

Congrats @BobbyHurley11 on the big win tonite! It was a thrill to be there with you! pic.twitter.com/DAU4b0lN8W

Bobby Hurley received a technical foul in the first half, and nobody really knows why.  Coach Hurley claims he just asked the referee, “What did he do?”

TruTV Studio Analyst Seth Davis chastised Coach Hurley on the Halftime Show saying “Bobby Hurley, and he knows this, is a marked man…for him to be up 15 points in the NCAA tournament and get a technical foul at the end of the first half, it’s just bad coaching.”

Throughout the season Romello White and Taeshon Cherry among a few others have had some really bad calls go against them.  It’s no secret Bobby Hurley, at times, places far too much focus on the officiating. Taeshon had just drained a long three when an offensive foul was called to negate it.  I am no champion of saying much of anything to the referee’s, but this was a good technical despite the fact Bobby was on some of his best behavior in Dayton.

Why was it a good tech?

Coach Hurley’s staff has been working hard developing confidence, strength, and discipline in both Taeshon Cherry and Romello White.  In my humble opinion, that technical shows the Sun Devil’s Coach is absolutely going to have their back. Watch Taeshon have a big game Friday against Buffalo. He is overdue. 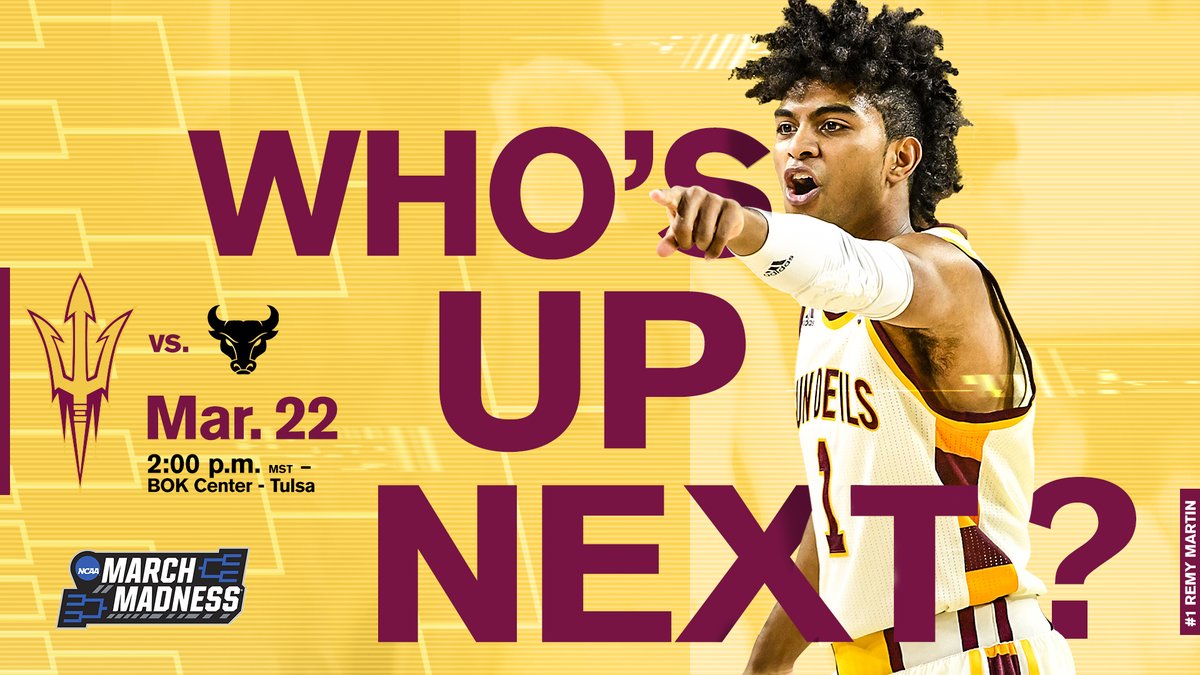 Made it to Tulsa! Feels like home. 😈🔱🏦#TheBank | #MarchMadness pic.twitter.com/fi2tjNp8cy

“The great American collegiate basketball Festival kicks off today. We wish the best of luck to Montrealers @luguentz, one of the best hopes of the @ncaa, who participates in #MarchMadness 🏀 #polmtl @NBACanada”