A Sun Devil upset of UCLA would immediately redefine their season

Another week of ASU football has left fans wondering if and when they would perform at the level most people expected prior to the season.

USC took advantage of ASU miscues in all phases of the game and after leading 35-0 at half-time lead, the Trojans left Tempe with a 42-14 win, ASU’s second defeat of the season.

The Sun Devils and Bruins kick-off at 4:30 pm in Pasadena

The opposition gets no easier this week on Saturday as #7 UCLA (4-0) hosts ASU. Sports books are currently giving the Devils 13.5 points in what most pundits see as a horrible mismatch. A Sun Devil loss would be a death sentence in their chance to win the Pac-12 South division.

Here’s a look at who should be the most pivotal players and positions when the Sun Devils and Bruins square off.

D.J. has long been considered ASU’s most dangerous and prolific offensive weapon on its roster. Having been moved to wide receiver from running back, defenses have keyed on Foster this season, and he has had limited touches through four games.

The Sun Devils’ “left land, hammer down” offense has stalled thus far, but if Foster can get more touches including a couple explosive plays against the Bruins, ASU will have a better chance at an upset. 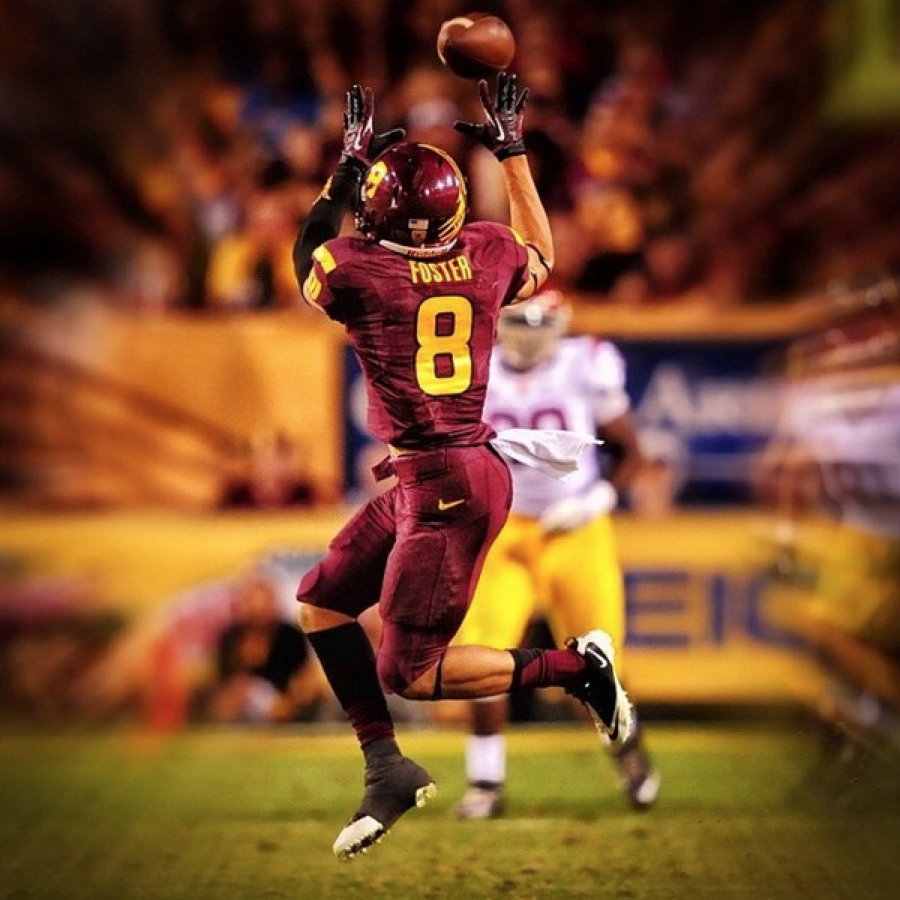 Whether DJ becomes more of a threat in open space or running out of the backfield remains to be seen. Bubble screens, WR screens, and end-arounds with Foster might be just what QB Mike Bercovici needs to find his rhythm and confidence.

The Sun Devils Defensive lineman can and should be able to create pressure on UCLA true frosh Josh Rosen. ASU’s secondary got torched by fifth-year senior Cody Kessler last week, but being able to pressure Rosen has GOT to be a priority.

The ASU Hell’s Gage defense has been above-average against the run. However, they have lacked any consistent disruption of the QB, as evidenced by USC’s tremendous success in third and long situations.

The ability to get pressure on the inexperienced Rosen will be the key to this game. 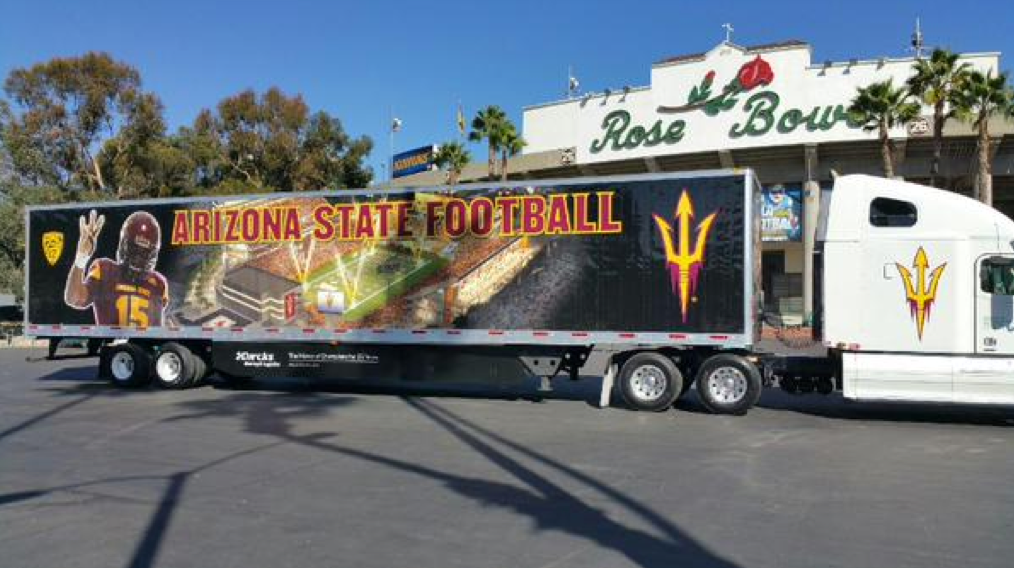 The Sun Devil Equipment semi arrives at the Rose Bowl 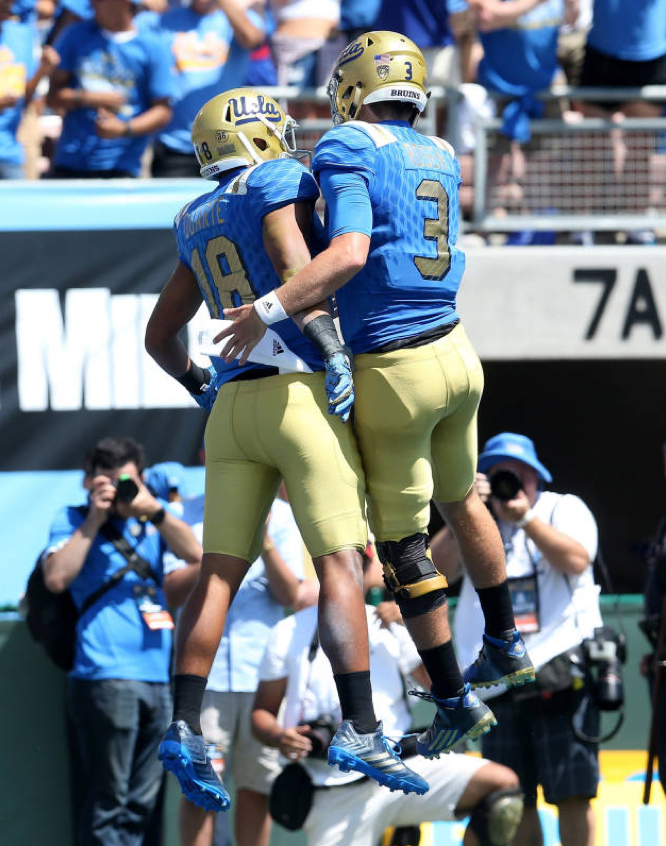 Even as the #1 QB recruit in the 2015 class, Josh Rosen has surprised College Football with his effectiveness. It is imperative that ASU’s defense disrupts the freshman signal-caller on blitzes to force him into bad decisions.

UCLA’s Thomas Duarte has been a stand-out at TE. He will  be a huge challenge for the ASU linebackers and safeties to cover over the middle of the field.

If the Devils allow Rosen to get comfortable in the pocket, he will pick apart the ASU secondary with medium to deep passes to Duarte who has TE size with WR speed. Last week, ASU Bandit Safety Jordan Simone was very shaky in coverage, and if that continues, Thomas Duarte will be poised for a big day. 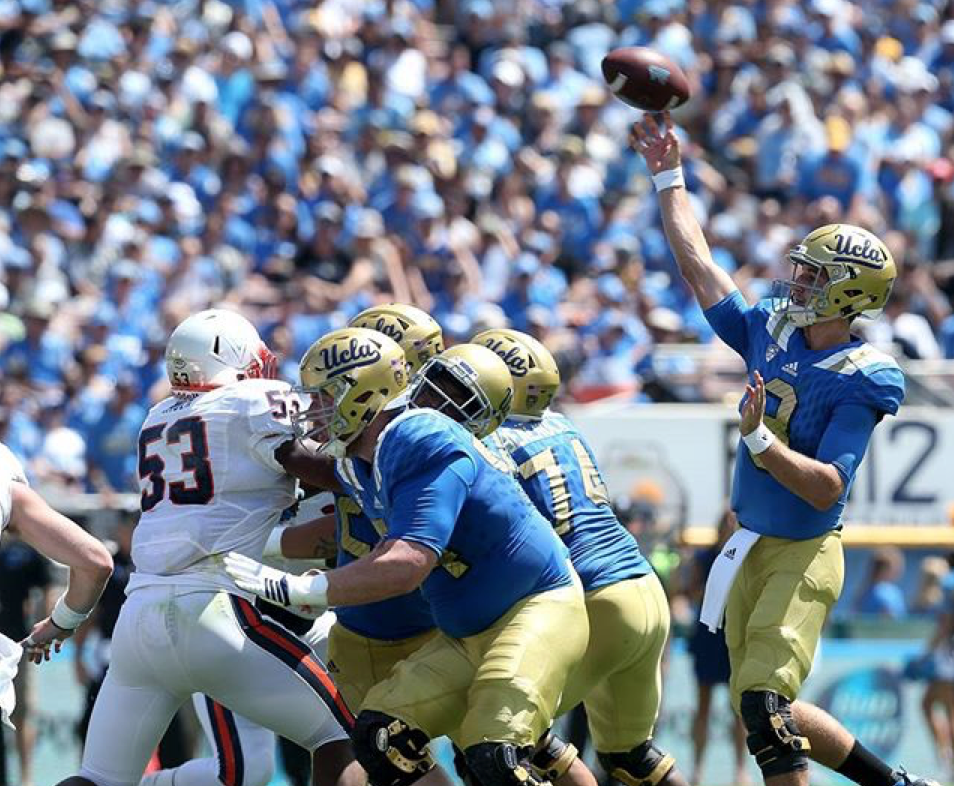 Despite a 4-0 record, teams have been able to exploit the Bruin run defense. On paper, this looks to be one of the only advantages that ASU has going into this week’s game.

With QB Mike Bercovici struggling this season, a healthy dose of the RB tandem of Demario Richard and Kalen Ballage could keep the UCLA defense on their heels. The key is to get UCLA to sell out against the run in order to get the struggling Sun Devil passing game on track.

ASU Head Coach Todd Graham has not backed off on his high expectations for this team, but fans are still waiting to see it. A loss on Saturday could force OC Mike Norvell’s hand at significant changes to scheme or a possible change behind center. At the same time, a Sun Devil upset of UCLA would immediately redefine their season.