Greetings Devils! I received my fair share of backlash last week for encouraging people not to pull for Stanford against USC.

Yes, it was nice to see the Cardinal expose some of the Trojans’ weaknesses in their win. However, I was hoping that SC would handle its business which would have had ASU playing an undefeated 5th ranked Trojan team on Saturday. That’s a victory that shoots the Maroon & Gold right back into the national spotlight!

Popular opinions say that we want divisional rivals to lose when possible in order to give ASU a better chance at pole-position in the South. My concern is that if a South Division team wins the conference and has multiple losses, the Pac-12 won’t look so favorable. A Pac-12 Champion that is ranked in the teens will be at a disadvantage to possibly four other power-five teams with one fewer loss. We’re already hearing chatter about this from national pundits.

So here we are.. Week #4. The stakes are quickly getting higher. Let’s take a look at ASU vs USC and the other five Pac-12 match-ups this weekend. This is interesting because we don’t know how good Stanford really is. Will last weeks Cardinal team that handled USC show up, or will we see a low offensive output that Stanford had in week #1 against Northwestern?

This is one of those weird Friday night games in Oregon, but I believe that Stanford has, in fact, taken a step forward offensively.

If the Cardinal take care of business, they will remain a top-25 team which is good for the conference. Note: ASU and Stanford miss each other this year unless both were to meet in the conference championship game. Here’s all we know about Nicholls State: The university is located in Thibodaux, Louisiana, and they are named the Colonials. Smelling an upset yet?

A win here by the Buffaloes would put them at 3-1 and halfway to bowl eligibility, a very encouraging sign in Boulder. We shall root for Colorado in this onel This will be a good game in my opinion. Cal seems to be better than most people thought, and Washington has looked surprisingly good, even in their loss to Boise State. I’m rooting for QB Jared Goff and Cal. With a win and some luck, the Golden Bears could possibly crack the top 25.

Note- ASU heads to Berkeley for game #12 (the Territorial Cup is actually the weekend before this year), and a successful Cal team would provide ASU with a higher ranked opponent. This contributes to a stronger strength of schedule for the Devils. ESPN College Gameday descends upon Tucson for what is being touted by the media as the best game in the country this week. Personally, I have more interest in the Oregon/Utah game.

The good news for the Cats is that star LB Scooby Wright will suit up on Saturday. Even better news for UA is that UCLA linebacker/ running back Myles Jack suffered a season ending knee injury in practice this week. He’s out.

It would be great to see both teams lose on Saturday, but we’ll take a Bruin victory and a convincing one at that. How good would it feel to watch UA be embarrassed at home on national tv. This should be a good one to watch until the Devils and Trojans kickoff at 7:30pm. This game is interesting because, as it turns out, Utah’s victory over Michigan may hold some weight. The Wolverines have won both games since falling in week #1 at Utah.

Oregon is still smarting from their loss at Michigan State, as is their quarterback Vernon Adams with an injured finger. While Adams has been called “questionable” for Saturday, he’ll probably start. If this game were in Utah, I think the Utes would have a fighting chance at an upset. I look for Oregon to grind another W out in Autzen.

Note- ASU plays Utah on October 17 followed by Oregon on Thursday, October 29 (there is a bye between). We’d like to see Oregon take this one and maintain their top-10 ranking for the PAC. A Utah loss also bodes well for ASU in the crowded Pac-12 South. Given a loss by each team, this match-up has lost a bit of the national luster it had a month ago. However, neither fans nor media are forgetting last years dramatic Sun Devil victory via the “Jael Mary” in Los Angeles. The nation knows about it which adds some extra buzz to the story-line.

USC wants to prove that last week’s loss to Stanford was but a hick-up, and head coach Steve Sarkisian knows that a second straight loss would infuriate an already tepid Trojan alumni base. “Seven Win” Sark was 0-3 against the Devils at Washington and is, of course, 0-1 at USC.

Let’s hope that the Devils find their groove on offense early, and that Todd Graham’s defense proves just how solid they are against the run now that two pesky triple-option opponents have come and gone. The first big weekend of conference games is upon us, Sun Devil. Strap in and enjoy the ride. 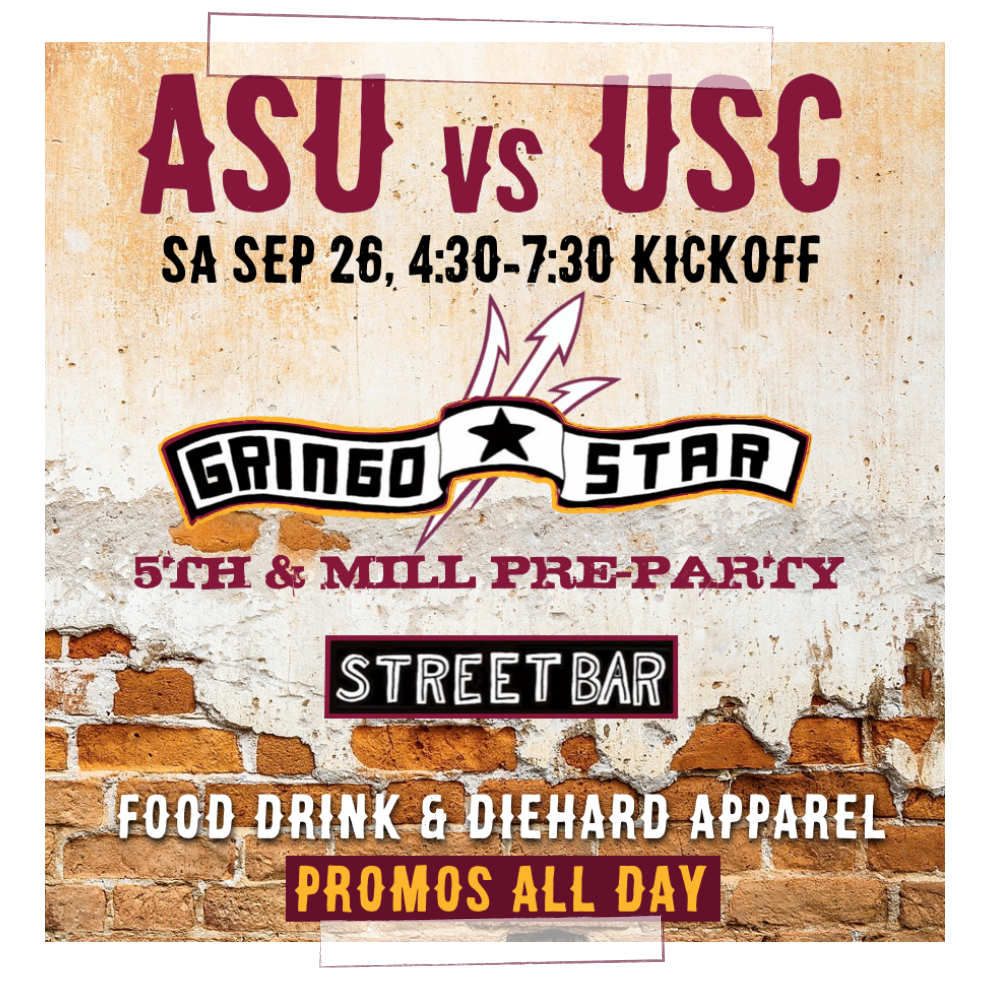