Arizona State Head Football Coach Todd Graham rode into the desert in December of 2011 under heavy scrutiny preaching a bold plan and new direction of SUN DEVIL Football. He used words and phrases such as “discipline”, “accountability”, “speaking victory”, “tradition”, and what stands out to most at this time of year, “building a fence around Arizona”.  He was referring to, specifically with that last one, keeping the best high school talent in Arizona “at home”.  Those words, above all else, resonated huge amongst Sun Devil fans after seeing the best talent that our state had to offer leave for what they felt were greener pastures.

We’ve had mass defections to southern California, northern California, Nebraska, and even to schools in Alabama and Indiana, repeatedly over the past several years under different regimes. However, after several hundred speeches about the value of in-state recruiting, Graham was able to secure commitments from two local products who turned into freshman All-Americans in DJ Foster and Jaxon Hood (both true freshmen).

The only other two high school prospects from Arizona were Rivals-rated 2* athletes TE Kody Kohl and OL Easton Wahlstrom who have yet to make any contributions. As part of his strategy for fast success, Graham is locking down extremely high-profile Junior College transfers. In his first class, he landed top-ranked RB Marion Grice, LB Chris Young, LB Steffon Martin and DL Mike Pennel. I’m hardly going out on a limb to suggest that without Grice and/or Young, we are NOT an 8-win team in 2012.

Unfortunately in 2013 in-state recruiting, the fence around Arizona has been no less porous than it’s been for several years. We have already witnessed some of Arizona’s best run across the state line to a Pac-12 Southern Division foe. And that foe, rhymes with “ruins”, has some of the same recruiters who couldn’t get it done while employed at ASU under Coach Erickson.

Before we crucify Graham for only being able to secure one of the “Elite 8” Arizona recruits in this class, there is much to be examined. First off, Graham inherited a sinking ship after four bowl-less seasons that accumulated a 21-28 record. For a decade, ASU coaching staffs have been apathetic, even negligent towards local high school coaches and players. Once Graham took office, there were several high-profile Arizona HS football programs that almost refused to meet with him or his staff due to the reputation that ASU had wallowed in for years. Since then I’ve spoken with a number of HS coaches in the valley who are extremely impressed with Graham’s sincerity and tireless work at repairing the damage done by others. He is changing the narrative and selling a sense of state pride to local 17 & 18 year-old players. Slowly & surely, these kids will think longer about the opportunity to stay home and be THE difference. Now, allow me to break down what I believe to be the greatest fault of this regime.

Being from Texas, Graham has kept it “close to the vest” and has only brought in guys from his coaching tree that excel in teaching & coaching. But he has failed to hire a coach/recruiter who has Arizona, let alone west coast ties to recruit the staple areas that are traditionally the bread and butter of ASU football rosters. This staff’s tireless campaign of recruiting Texas, SEC country and the northeast resulted in several early commitments from highly-rated players who have since de-committed for universities closer to home. Despite the attraction to ASU Football and the University, it is simply difficultt to keep kids engaged when the reality hits that they will be a couple time-zones away from their family & friends. At the same time, programs in their region come on strong and simply have a location advantage. In sum, it’s a risk/reward tactic that for the most part hasn’t delivered at this time. Recruiting to a Pac-12 school especially Arizona State is going to require someone with built-in knowledge of how this region operates. Currently there is no one on this staff that comes close. DieHard Sun Devils are clamoring for a recruiter with strong west-coast relationships who will give the program a competitive advantage in these areas. Until local relationships are firmly in place or until we get a A recruiter on staff, I don’t see the local recruiting landscape changing unless there is 10+ win season on the horizon. 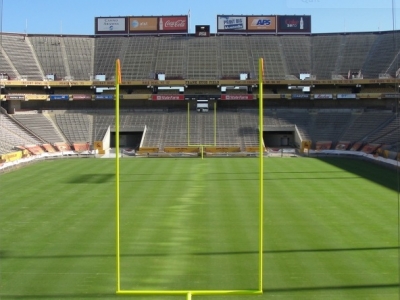 7 Home Games = the possibility for 7 Wins

For DieHard fans, there is still a lot to be desired regarding the state’s top talent and the Sun Devils. But one thing is certain at this juncture: this program is on an upward trajectory, and a Rose Bowl birth or bigger is on the horizon. Ponder this: Is it possible for the program to reach & maintain a Top-20 standing without more of our own local kids? Like Graham, Sun Devil Nation wants nothing more than to build this thing from the inside out. Their is a real opportunity for the best of Arizona to become the cornerstone of their own Arizona State program. I have faith that Coach Graham and staff will display enough on the field to attract more in-state talent. It’s simply a process fueled by results.

You & I can play a major role in support of this process. How you say? By giving an all-out commitment to show up in force on this year’s SEVEN Game-Days in Tempe. The following teams visit Sun Devil Stadium in ’13: Sacramento State, Wisconsin, USC, Colorado, Washington, Oregon State and the team from down south. Get your season tickets, plan the biggest tail-gates and get everyone you know thinking about these seven games next year. But not this July………NOW. I’m ALL IN as a DieHard Devil. Are you?  Prove it.

Talk about it in DEVILINK 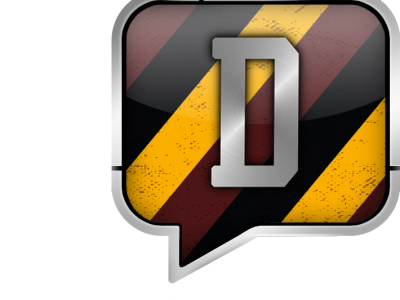