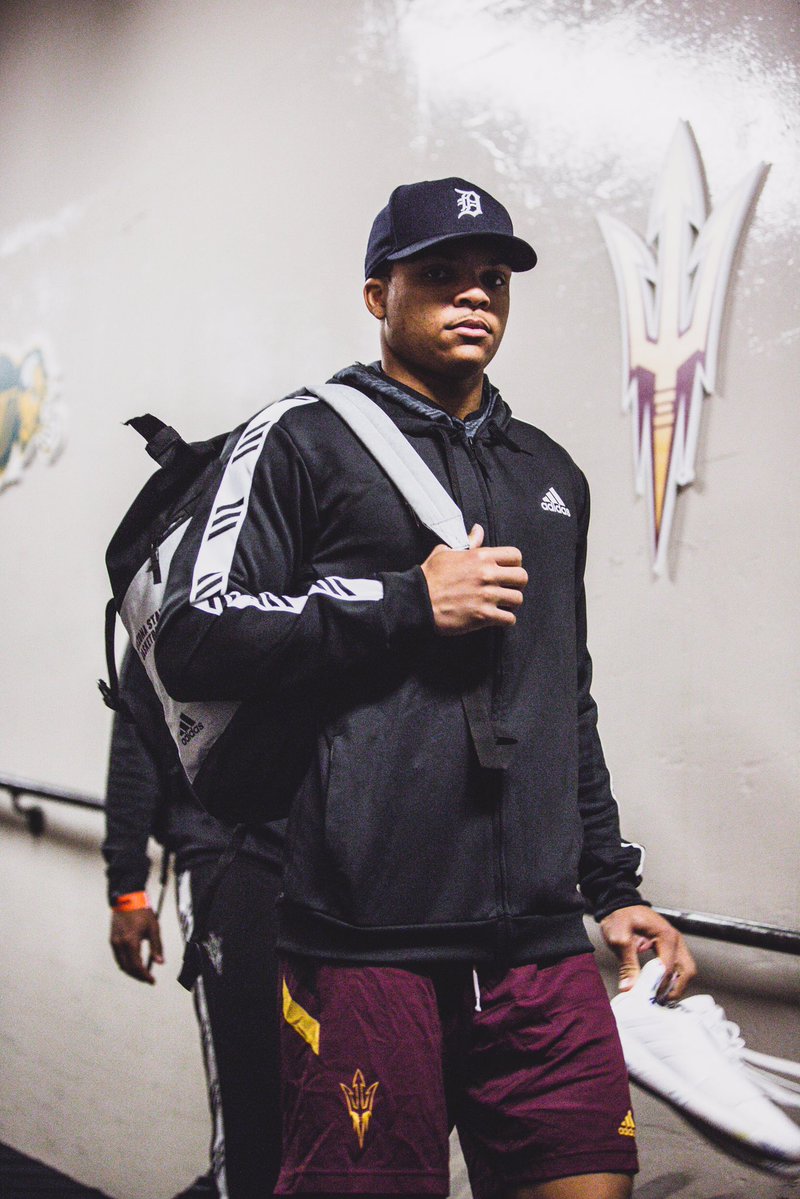 The 2019 NCAA tournament bids and bracket are out. Duke, Virginia, North Carolina, and Gonzaga are this year’s No. 1 seeds. Of the 68 teams in the NCAA tournament field, 32 got in automatically as Conference Tournament Champions despite the outcome of the regular season.

For the second straight year, the ASU Sun Devils gathered at coach Bobby Hurley’s house to watch the Bracket Selection Show. Everyone was holding their breath as this ASU vs. St. John’s game was one of the last announced. Other bubble teams like Belmont, Temple, and Ohio State were in early on the telecast.  Seeing the 19-14 Buckeyes garner a bid (11) before ASU scared every DieHard Devil Fan.


St. John’s suffered three straight losses to teams whose statistical profiles placed them at the bottom of the standings at the end of the season.  This cast a dark shadow on Red Storm worthiness. Their guards can be erratic, and the lackluster play amidst some lopsided losses didn’t help.  St. John’s is 4-6 in their last ten games.

Arizona State is completely unpredictable.  The Sun Devils had a few lopsided losses in important games.  They also fell apart against Princeton, Vanderbilt and most recently Oregon a few weeks ago.  ASU has struggled to put games in the Freezer for two straight seasons, but Bobby Hurley has achieved back-to-back 20+ Win seasons.  ASU is now 7-3 in their last ten games.  This Red Storm match-up is going to be exciting yet completely unpredictable.

Eight teams play in Dayton, Ohio, as part of the First Four: Four lowest-seeded automatic qualifiers and the last four at-large teams.  The four winners will complete the field of 64.

The First Round of “March Madness” actually begins Thursday, March 21 and Friday, March 22. The Round of 32 is played on Saturday, March 23 and Sunday, March 24 to determine the Sweet Sixteen. 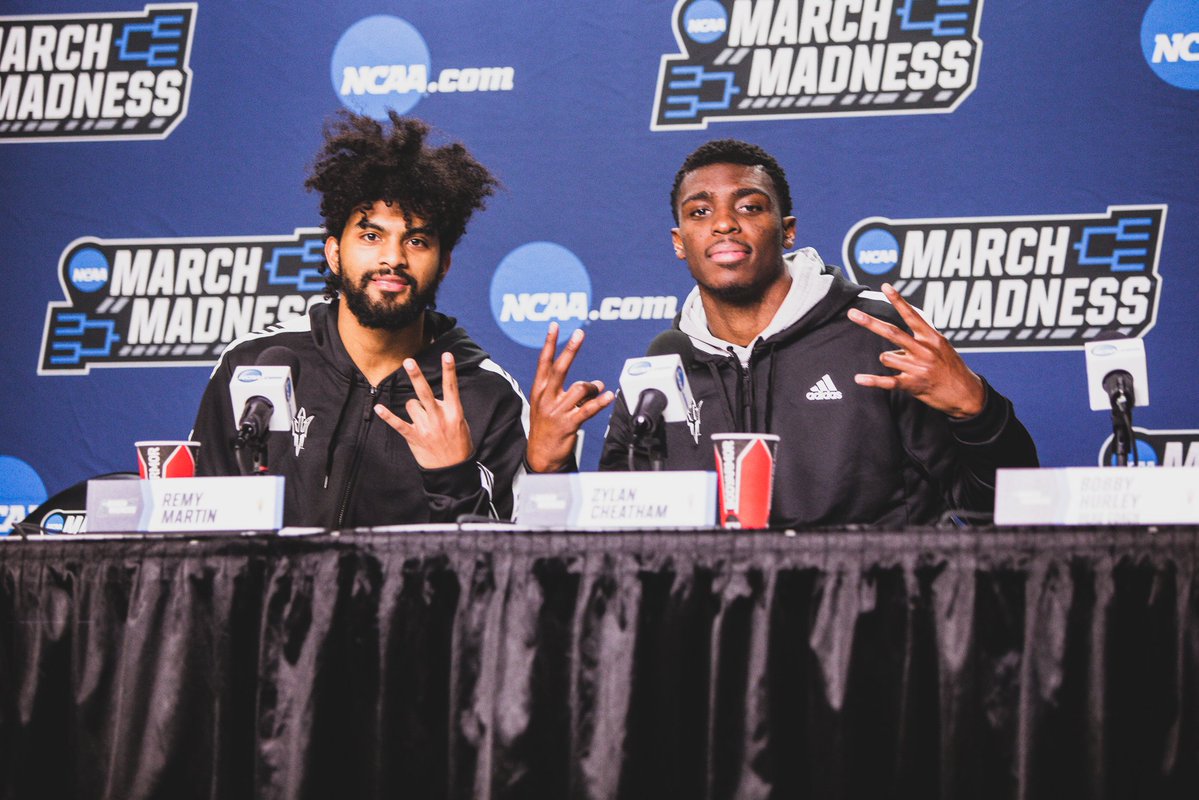 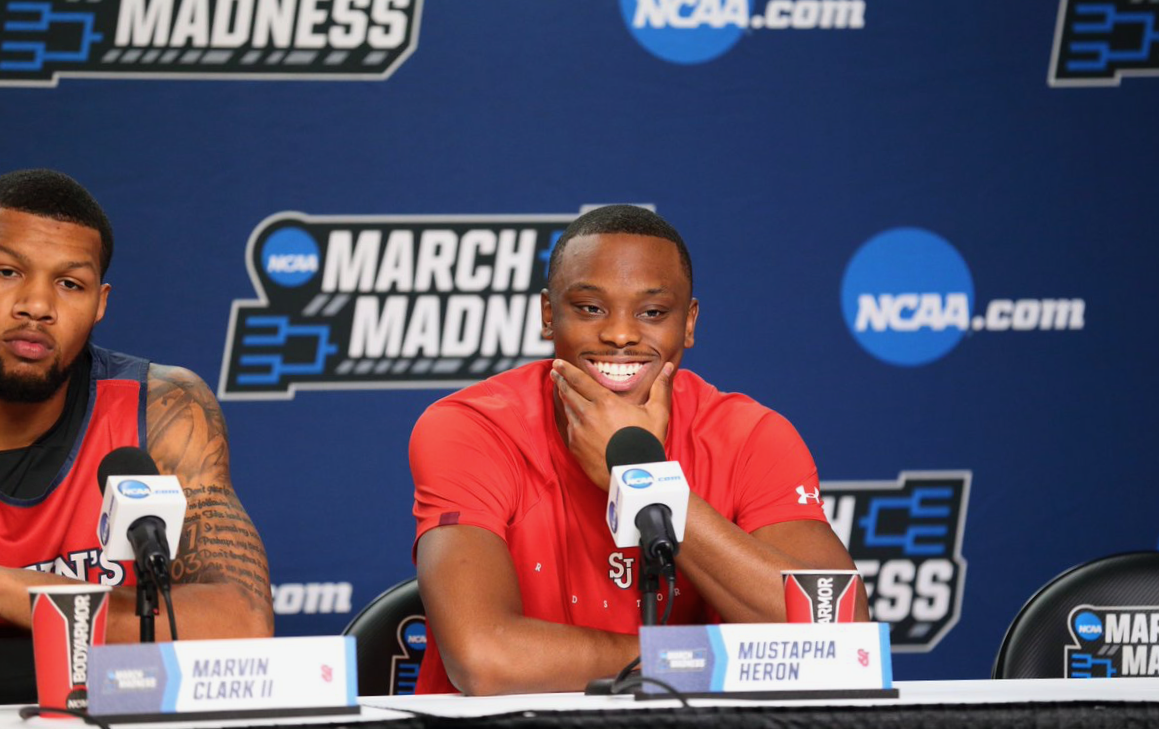 Today, Arizona State is in the following company:

The Sun Devils have struggled with taller guards and athletic forwards all season.  St. John’s is balanced and well-coached, and I haven’t mentioned 6’5” Arizona transfer, Justin Simon.  Simon is a lockdown defender and can score 18 points a game for any team in Division I, but the Red Storm is Guard heavy.

It’s my observation Coach Hurley has slowly evolved his preferred style of play, using eight to ten players more often down the stretch of this 2018-2019 campaign.  St. John’s is athletic and fast. The Red Storm will test Remy Martin, Luguentz Dort, Kimani Lawrence, Rob Edwards, and Taeshon Cherry like they have yet to be pushed for 40 minutes this season.

Zylan Cheatham is no doubt going to have to patrol 94 feet and help Romello White and De’Quon Lake at the rim.  Zylan will also have to range-out to support the Sun Devil Guards at distance.  With this, Cheatham must play 100 percent under control and remain out of foul trouble. 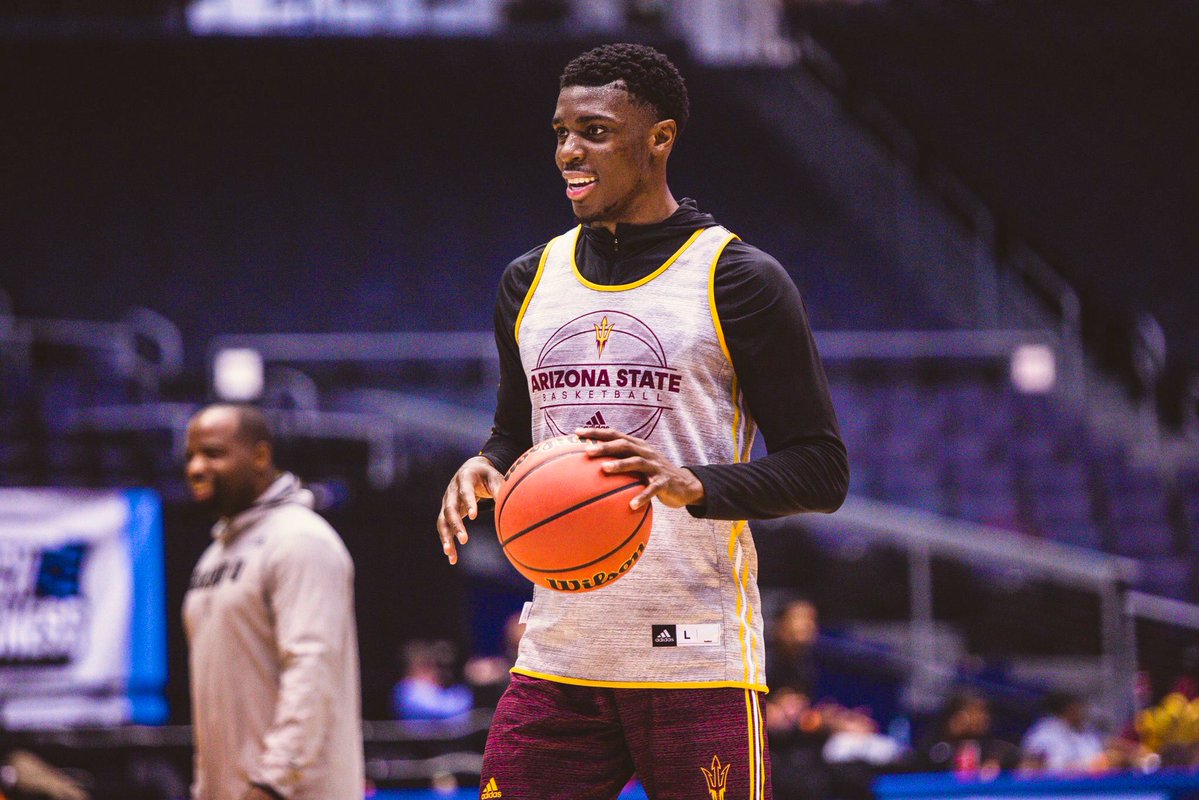 Arizona State is going to have to use their depth to protect the rim and spell starters.  They can’t beat St. John’s like they did last year by playing only 7 Sun Devils. Look for Shibel to get five to eight minutes and Valtonen to get three to four minutes if fouls become an issue.

“A basketball team is like the five fingers on your hand. If you can get them all together, you have a fist. That’s how I want to play.” –Mike Krzyzewksi

Great game coaching wins the NCAA Tournament.  Every team awarded with top eight seeds have elite game managers if not eventual Hall of Fame coaches.  The entire field of 68 teams is filled with great athletes, scorers, and some incredible raw talent. ASU Coach Bobby Hurley needs to focus on game management, making adjustments on-time to float a platform for success against St. John’s. Teams who have defeated the Red Storm have all had big games from Power Forwards and Centers.  If Arizona State can get Romello 18 or more shot attempts resulting in eight to ten free-throws, they are going to be well served.  De’Quon Lake can get in on this action. His athleticism and length will cause big problems for the Red Storm.

St. John’s is going to run with 4 guards most of the night.  The Sun Devils will be rewarded by running offensive sets designed to attack the middle of the defense garnering shots at the rim.  Defensively, if St. John pinches or collapses, Edwards and Cherry should get some great looks.

Arizona State should not need to shoot many three-pointers in this game. They can win big with 20 shots from outside and 35 attempts in the paint while playing a complete game on defense.  Efficiency is everything for this Sun Devil team.

Keep the Red Storm off the offensive glass especially if they start firing from distance.  St. John’s may play five guards and two forwards all game, so Coach Hurley should get some fresh legs off the bench even if just for a minute or two prior to a television time out.

The key to this game is simple: discipline, patience, and power.

St. John’s is 1-4 in its last five games with three of those four losses by double digits. However, the Red Storm is 4-1 in five games on neutral courts this season with wins over Villanova, California, VCU and Princeton.

Statistically, both teams are fairly evenly matched, but St. John’s has the shooting edge with speed and size at the guard position. The Red Storm average 36 percent from three-point range on 23.6 attempts per game.

On December 8, 2017, Arizona State beat St. John’s by 12 forcing the Red Storm guards into some bad shots. The Sun Devils are taller and more athletic this year but have had nightmares against shooting guards from downtown.  They have also struggled with taller guards in the paint be it rebounding or scoring.

The total has gone OVER in four of St. John’s last five games (Average Combined Score: 155.4) and in five of its last seven postseason appearances.

In a dream scenario, Romello White would score 24 finishing 7-10 from the field, 3 offensive rebounds, 5 defensive boards, 3 assists, and 10-14 from the stripe.  Lake would add 10 points and 3 blocks with his presence forcing some missed shots around the rim. White and Lake can’t watch Cheatham clean the glass. They have to participate and be aggressive.

Against St. John’s, I can see Edward’s and Cherry benefitting from strong play by White, Lake, and Cheatham in the paint.  This game will be won in the trenches, and this could create wide open looks from 3-point range for ASU’s Edwards and Taeshon Cherry.

This “First Four In” game is very tough to call because both teams have some ugly losses on their resumes, and the Pac-12 Conference was not very well received statistically speaking.  The Conference of Champions did get 3 teams into the NCAA Tournament when Oregon won the Conference Tournament.

Arizona State has more talent and will exploit St. John’s defensive gaps.  As mentioned earlier, the rebounding margin could play a huge factor in a game where I expect a ton of misses from behind the arc.  ASU has to be smart in transition off the defensive glass. The Sun Devils also need to be patient in half-court offensive sets.