This past week saw a return to Sun Devil Stadium and 2015’s incarnation of the Blackout. We in Sun Devil Nation were hoping to see a strong performance following the win over UCLA, and it was just that. The uniforms also had a tough act to follow.

Both the team and the uniforms delivered. The Sun Devils blasted the Colorado Buffaloes by 25 points in style while donning their all black uniforms. 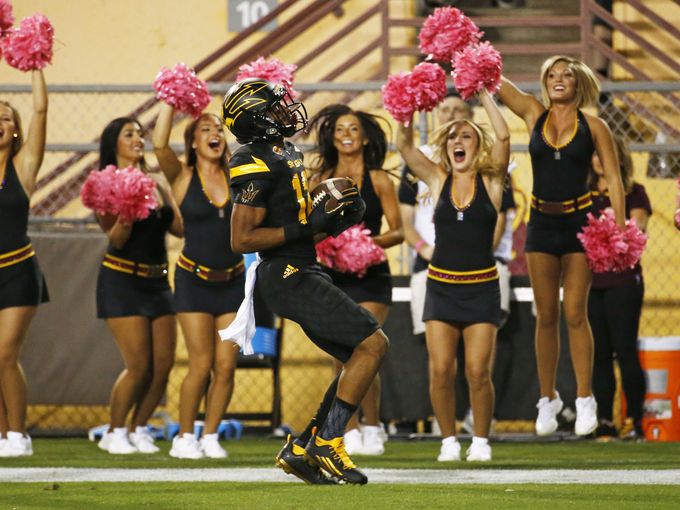 The rest of the uniform looked great as well. The Adidas “checkered” pattern was more noticeable on the jerseys and pants, which is a busy look, but didn’t take away too much from the uniform.

One thing that was difficult to notice for me at the stadium was the maroon outlining players’ numbers on the jerseys. The jerseys simply looked black/gold from my vantage point. They still looked good, but the desired effect of the maroon outline did not translate in person.

Overall, from head to toe, this has been by far the best executed Blackout uniform since the 2011 re-branding. The helmet was the clincher and I hope to see it used in the future with other uniform combinations.

With two straight Pac 12 South wins, the Sun Devils are carrying momentum into Salt Lake City as they prepare to take on Utah. 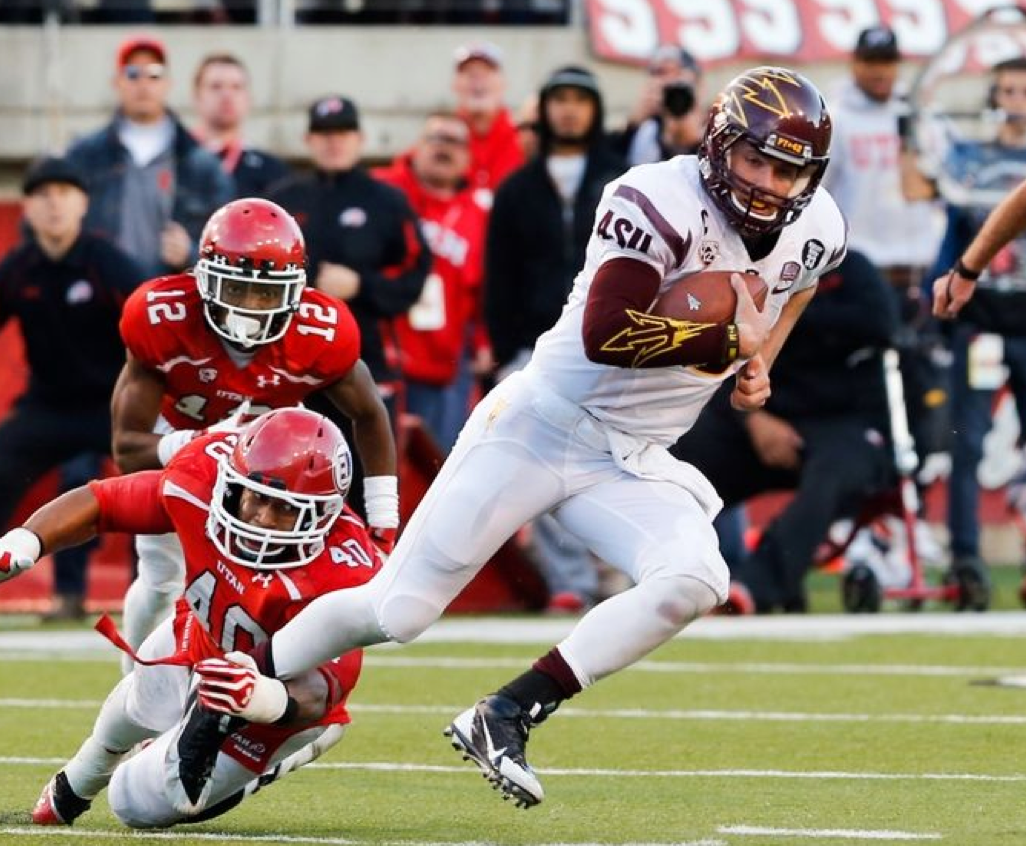 The Sun Devils’ uniform combo at Utah in 2013

The last time ASU played the Utes in their Rice Eccles Stadium, the team wore Maroon helmets with White jerseys and pants. On Tuesday, the Sun Devil Equipment staff announced that the white jerseys and pants will return, but this time around, the helmet will be matte black.

We have seen the white jersey and white pants before during the whiteout against New Mexico, however this matte black helmet is a new feature for ASU. While the helmet shell itself is nothing new, the decal is very unique. The fork itself is black, which has been done before, but not with such detail in the outlining accents.

The immediate, spiked outline is a chromed gold, further outlined by a thin maroon border. The pitchfork decals are standard sized for the first time since Week 2 against Cal Poly, and the helmets will have a symmetric look as a result. Players will also be wearing black socks, along with black gloves and black cleats, both with gold accents.

ASU’s helmets to be worn against Utah on Saturday night

My initial reaction was lukewarm. As always, I like to see how the combination looks on the field before I pass my final judgment, but I didn’t love the black helmets matched with white jerseys and pants. However, in the immediate moments following that reaction, I took in more of the detail and grew more excited about the combination.

While this first-time combination doesn’t necessarily star our beloved maroon and gold, my thoughts are that the Sun Devil Equipment Staff does an expert job of incorporating it as an accent. This allows them to be unique in their creativity, yet still pay homage to our classic colors and bring a true Sun Devil identity to the uniforms.

I look forward to seeing the Sun Devils proudly wear these uniforms on the road against #4 Utah and watching them play their way to a victory.

This week’s fantasy combo was chosen as I had a flashback and remembered that in the initial 2011 re-branding, the Gold helmet was matched with a white jersey and pants, but has never been used on field. As a result, I have made it this week’s Fantasy Combo.