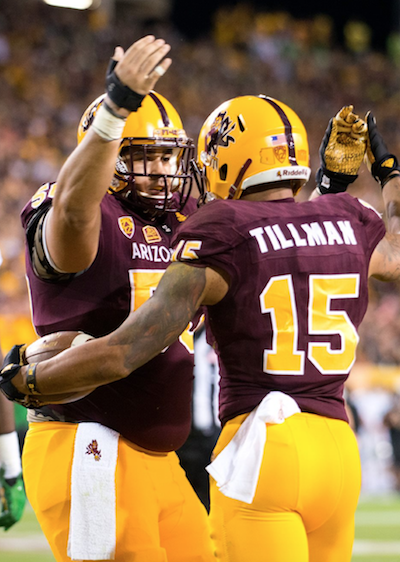 Simply seeing the team warm up in these uniforms elicited memories of that great 1996 Arizona State team. But it was when the team stormed out of Tillman Tunnel that the true emotion of the moment was captured. I, along with many other ASU fans, felt tears well up as the team ran onto Frank Kush Field.

With Sparky on their helmets and Tillman on their backs, the Sun Devils wore the ’96 throwbacks proudly. The bold numbers made the same statement they did 19 years ago in displaying our gold in a big way on the maroon based uniforms. What I was reminded of while watching this game is how great the numbers look outlined in white. The white outline gives the jersey more personality and makes the numbers really pop. 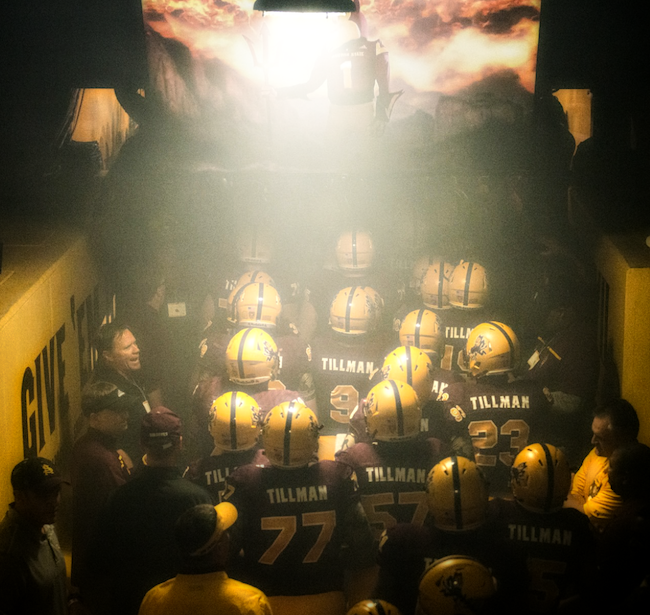 The gold pants are simple, relying on the pride of the school color to pair with the gold helmet and complement the maroon jersey. It was the perfect display of maroon and gold that traditionalist fans have been asking for ever since the varying uniform combinations began. Furthermore, it was a great taste of how amazing the uniforms were for the new school folks, or for those who may have never seen or experienced them before. 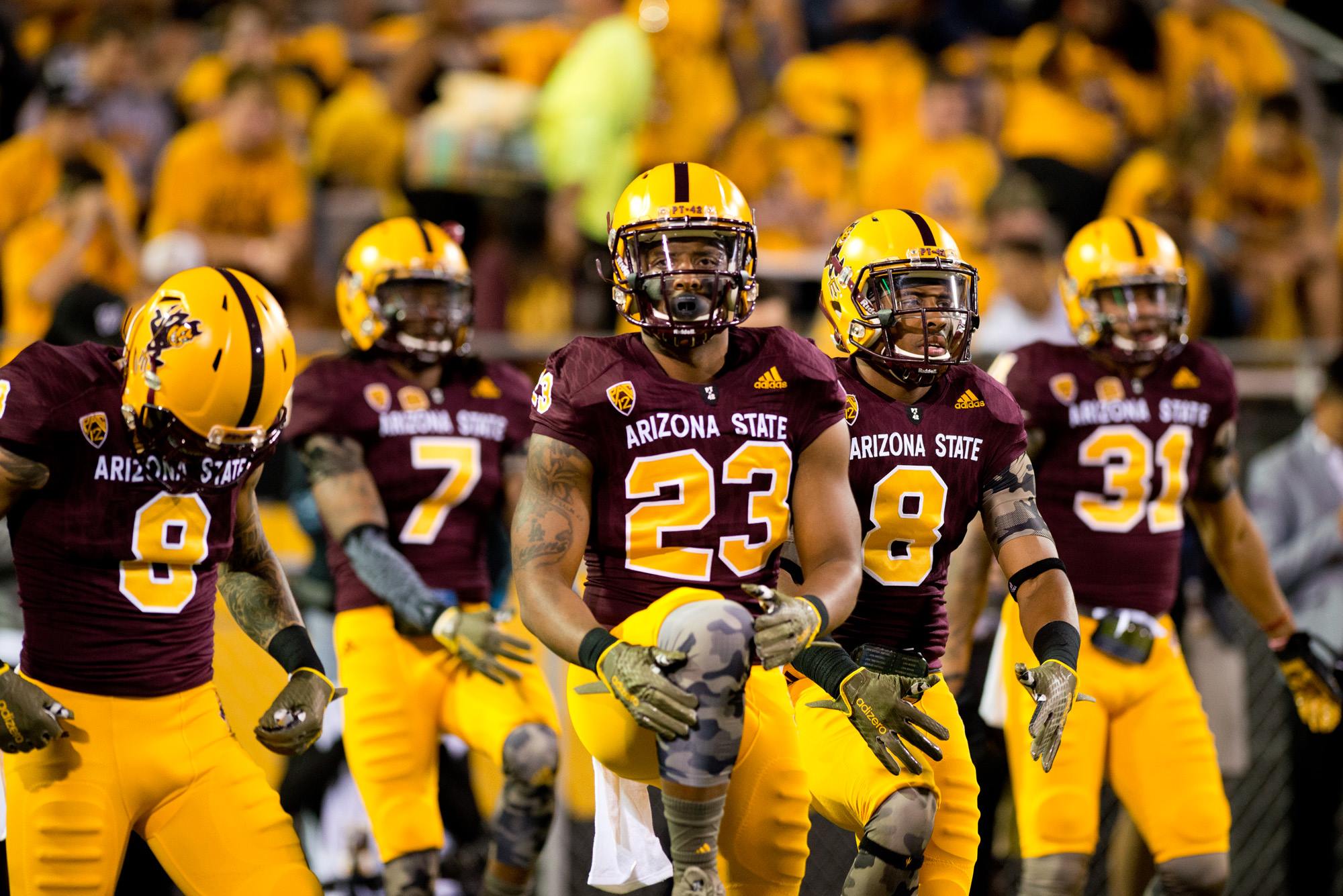 Paired with the camo undershirts and military inspired cleats, the Military Appreciation Throwback uniforms proved to the one piece of perfection last week.

With only two road games remaining, and a lot of away game creativity under their belt in 2015, the Sun Devil Equipment staff has gone back to the basics in a big way.

The Sun Devils will be wearing a Gold Helmet/Standard White Away Jersey/Gold Pant combination at Wazzu on Saturday. The gold helmets will feature the standard sized maroon pitchforks on either side of the helmet for a symmetrical look on top. For the third time this season, and only the second time on the road, the standard away jerseys with their maroon and gold accents will be showcased.

The gold pants with the maroon fork outlined in black on the left thigh round out the major uniform elements. This week’s gloves are maroon and gold and the cleats are white with maroon and gold accents.

There has already been a very positive fan reaction at the Gold/White/Gold uniform combination, and with good reason, as those traditional colors are easy on the eyes.

What’s most impressive about the Sun Devil Equipment staff is that they have been mired in variety all season long, yet they always return to the traditional colors in a big way. Last week they went very traditional with the throwback, and this week’s combination is holding serve with tradition as well.

Making this week’s combination even more meaningful is that it is a reprise of the combination ASU wore against the Cougars in Pullman on Halloween in 2013. That game had all the makings of a trap game: A Thursday game on the road at night on Halloween night. However, while donning gold helmets and pants with their white jerseys, the Sun Devils destroyed Washington State with a 55-21 win. Seeing those jerseys in the Palouse under the sun will be a great thing for Sun Devil fans as we cheer our team on to victory.

This week’s fantasy combo sticks with a gray Desert Hammer theme as I utilized the pants with other traditional elements. Enjoy! 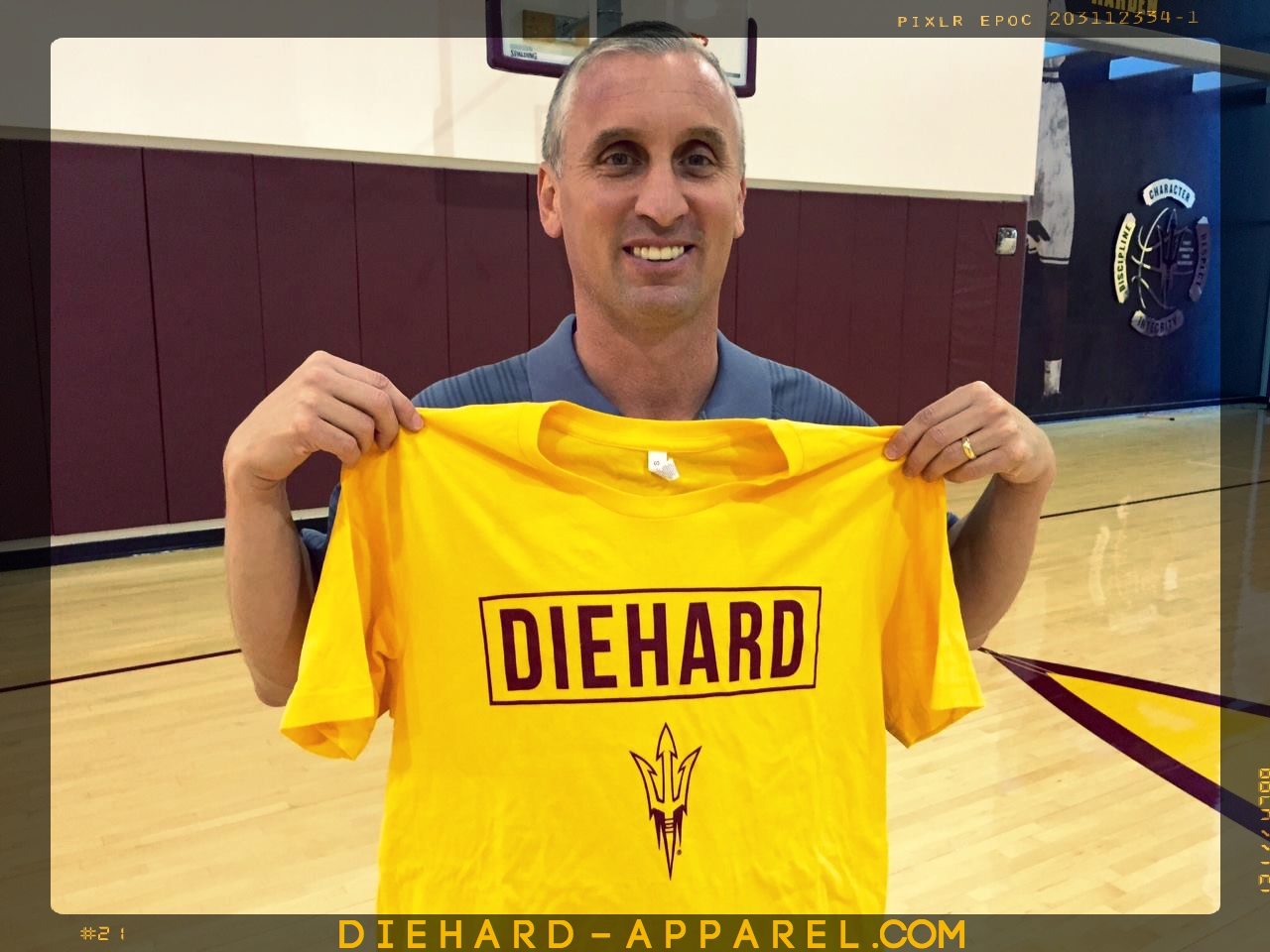