Greetings, Sun Devils. Here’s what you want to know about ASU Baseball today.

After taking two of three games from Utah this weekend, the Sun Devils improved their record to 21-8 and 9-3 in the Pac-12. As for the Conference lead, ASU is currently one game behind UCLA (23-6 overall). 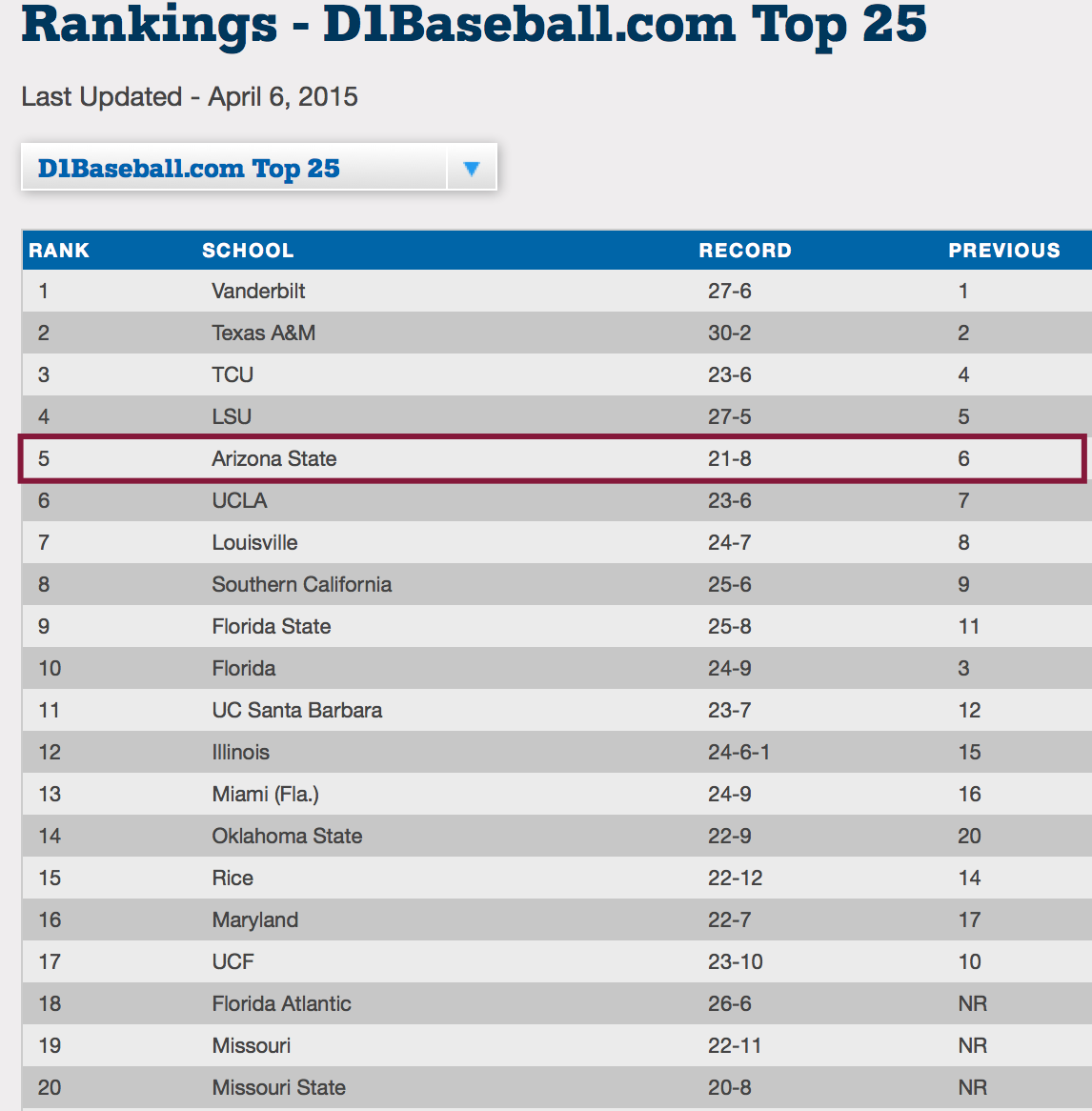 USC, who just swept a 3-game series in Tucson, is percentage points ahead of ASU with a 7-2 Pac-12 record (25-6 overall). In the D1Baseball rankings, the Devils moved up one spot to #5 in the nation, joined by UCLA at #6 and USC at #8 as the only ranked Pac-12 teams. The ESPN/Coaches Poll has the Sun Devils ranked 9th.

A couple notable facts about these two freshmen: Snow is a cousin of former Sun Devil standout, Dustin Pedroia. He’s also the nephew of former football defensive coordinator, Phil Snow. As for Eli Lingos, he was committed to play at Indiana but decided to follow Tracy Smith to Tempe.

Junior Ryan Burr continues to be a rock in the backend of the bullpen. In the rubber match against Utah Saturday night, Burr picked up his fifth win of the season after holding the Utes scoreless in the 9th and 10th innings.

Burr is currently leading the pitching staff with 18 appearances, 10 saves, and 45 strikeouts. His five wins are matched only by starter Ryan Kellogg. Burr is also leading the Pac-12 in saves and is 4th in strikeouts. In the extra innings win against Utah on April 2nd, Burr gave up just his second earned run of the season, and currently has a stellar 0.76 ERA. When ASU has a lead after 8 full innings, they’re a perfect 15-0 this season.