Arizona State’s defense stopped the Oregon State Beavers three times in three series. “Then we took the ball 90-yards (for a score), and you can’t make 2 yards on a two-point conversion?” Herm Edwards clearly stated he is “not trying to play close games.”

The Sun Devils are averaging 24.7 points per game and surrendering 23.5. We have not seen consistent, aggressive play-calling on either side of the football.

In Monday morning’s presser after the Beaver debacle, Herm Edwards clearly stated his two best players are Jayden Daniels and Eno Benjamin. He stressed how important it is to give them both opportunities. This was in reference to ASU’s two-point conversion attempt. Unfortunately, it seems like OC Rob Likens has abandoned the volume of prescribed runs to EB3 over the last several games.

According to the latest oddsmakers, Oregon is currently favored by -14.5 points against ASU. The over/under is listed at 52.5 points. The public betting currently has 60 percent going on Oregon as the road favorite. @ASUFootball pic.twitter.com/GaC5jSz39o

“We should not be 500 right now, but we are,” said Herm. “(We have) a lot of problems lining up, making mistakes (and we have) dirty eyes, guessing in the secondary and not seeing what they are supposed to be looking at.”  The Sun Devil Defense practiced “double moves all week,” in preparation for OSU, “they did it, and we did it, and we didn’t cover very good” Edwards added.

“I played on some great teams in Philly, and as a Defensive Back you count one thousand one, one thousand two, and you know the ball is out of a good quarterback’s hands,” Herm said. Ten games into the season with kids who have been playing football for years, at some point the finger must be pointed within. 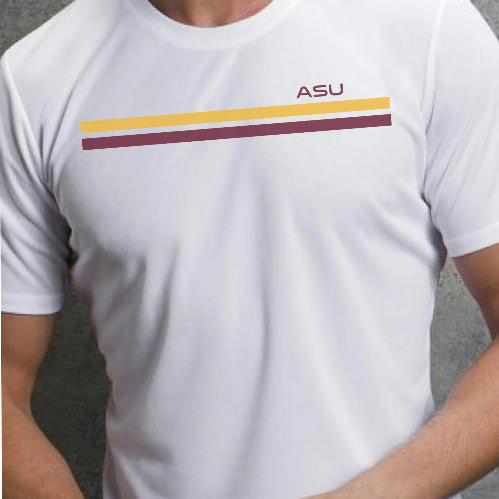 Last week Herm Edwards sat five team leaders who were late to a meeting. When asked if his kids were perhaps losing focus, Herm responded: “I’m not a rule guy, I am a standards type of person.”

If standards are personal fouls, late hits, roughing the passer, and pass-interference calls on critical plays, then everything is fine in Tempe. Now the Ducks come to Sun Devil Stadium on a roll.

Against Oregon last year, Eno Benjamin had 29 carries for 149 yards with a 5.1 per average.  But guess what happened? Oregon exploded for 21 second-quarter points putting them ahead 28-13 going into the half.

ASU held Oregon to just 3 points for the rest of the game but ultimately lost 31-29. The Ducks have already wrapped up business in the North division

Oregon’s defense is improved from last year, allowing 11.6 points less per game this year than last. The Ducks are also scoring 3 more points per game this season. That makes them almost 15 points better in differential.

Arizona State has allowed just 3.3 points per fourth quarter against FBS opponents this year!  It is the 5th-lowest total nationally. Danny Gonzalez knows Justin Herbert can torch defenses deep, but Oregon uses an underneath game to put the ball in playmakers’ hands.

Justin Herbert is again lauded as a Top-10 NFL Pick in 2020. He has an adjusted 8.3 yards per completion. Jayden Daniels has an adjusted average of 9.4 yards per completion. Justin Herbert has ideal size at 6’6” 237-pounds for an NFL Quarterback. He can make all of the throws, side-step defenders, and throw darts on the roll-out.  Both Herbert and Daniels establish a solid base and present a myriad of challenges for opposing defenses. 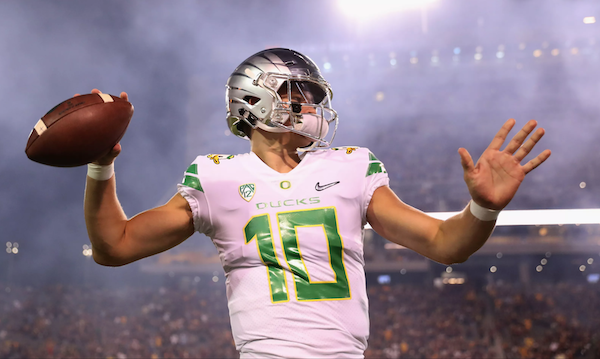 THE CHECKDOWN FOR DANNY GONZALEZ

There are not many college quarterbacks who can throw the out route like Herbert.  If double-moves were trouble for the Sun Devils last week, expect Duck Offensive Coordinator, Marcus Cole Arroyo to exploit every weakness teams like USC, UCLA and Oregon State exposed. The Ducks have a defense that fires to the ball and is relentless. Oregon is 6th ranked in the Bowl Championship Series for a reason, they possess the 10th-rated defense in the country that only allows 14.8 per game.

Eno Benjamin has played 283 snaps in passing routes this season, the second-highest total among FBS running backs. His 45 targets are tied for 4th. Arizona State wins football games when Eno has over 20 prescribed runs. Expect 25+ carries and 7 receptions by Eno for ASU to remain competitive throughout this one.

Brandon Aiyuk should have 130 yards receiving. If the Duck kicks him the ball, Aiyuk could surpass 200 all-purpose yards again. Frank Darby and Kyle Williams should combine for 10 receptions and another 150-yards in a measured and methodical passing game if ASU is to pull the upset.

Oregon is not going to let Jayden Daniels breathe and will employ the Utah map. The X-Factor will be which Sun Devil(s) gets carries outside of Benjamin and Daniels. Arizona State needs to control tempo with short passing and smash-mouth running against a defense that only surrenders 3.2 yards per carry (102.8 per game). Oregon’s only loss? To a Freshman Quarterback, 6’2” 207-pound Bo Nix of Auburn.  Through ten games, Nix is 170-298 for 13 touchdowns and 6 interceptions, ranking 83rd in the country in Passing Efficiency.

In nine games, 6’3” 185-pound Freshman Jayden Daniels is 159-259 for 14 touchdowns to 2 interceptions. He ranks 29th nationally in Passing Efficiency. Freshman Quarterbacks can and are getting it done across America.

Oregon is 9-0 straight up and 6-3 ATS (against the spread) over their last nine games. This is a must-win for Oregon if they plan on entering the Bowl Championship Play-off. WR Frank Darby has been on fire these last three games

Early bettors jumped on the points, taking the Sun Devils at home as 15.5-point underdogs to push Oregon down a point to -14.5 road favorites. Oregon lost 37-35 as a 14.5-point road favorite in its last road game to Tempe in 2017.