Andrew Walter was one of the greatest Sun Devil quarterbacks in ASU history. During his time at ASU from 2001-2004, he finished his Sun Devil career as the all-time career leader in passing yards, completions, attempts, touchdowns, interception percentage and total offense. Walter also surpassed NFL legend John Elway as the Pac-10’s all time touchdown leader. After ASU, he spent five seasons in the NFL playing for the Oakland Raiders and New England Patriots. 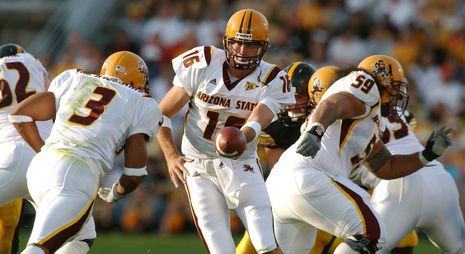 DHD: How did you end up at ASU? You played high school football in Colorado but you are originally from Phoenix right?

AW: I was born here, spent 10 years here, then my family moved up to Colorado. Coming back home to ASU was the way I looked at it. Both my parents are graduates of Arizona State and so it was in my blood from the beginning.

DHD: What are some of the things that are special about Arizona State University?

AW: There are so many to list. The entire community, the City of Tempe, the feeling that you get when you walk around campus. I grew up here and always associated it with home. Also, the tradition. When I was in high school, ASU wasn’t too far removed from the 1996 Rose Bowl team, watching Jake and that whole crew, then being recruited by that coaching staff. When I played in the NFL, I came across guys all the time who after spending some time in Phoenix training, they would always say, “If I would have just taken a trip to Arizona State, I would have committed there in a second.” These are talented guys from all over the country.

DHD: What is your favorite memory of your Sun Devil career?

AW: Probably the week leading into the game against San Diego State. I had just gotten the nod to be the starter and on the very first practice on a Tuesday, there was a lightning storm on the field and all the lights went out. We moved over to the stadium, weird circumstances, still crazy weather, and then I hurt my knee. It was like, after I finally get my opportunity I get hurt. It was almost like I saw the train leave the station and I’m standing there and watching it. Even though I didn’t start that game, we were down 22 points and I was able to come in and win the game for the largest comeback in ASU history. That was one of my favorite memories. Some of the others include Camp Tontozona and some crazy initiation things that went down my freshman year.

DHD: Your first play from scrimmage in that San Diego State game was a 72 yard touchdown pass to Shawn McDonald. Tell me about what happened when you first came in the huddle down 22-0.

AW: Shawn, in terms of every receiver I ever played with (even in the pros), we had sort of an unspoken connection where I’d give him a look and he just knew. You have that in doses with other receivers, but with him it was by far and away the most. There’s always a bit of a lift when the back-up quarterback comes into the huddle of any team, so guys are hoping it is going to be a spark that gets us going. So, the coach calls the play to go deep, and I’m thinking that my knee is not feeling great, but I knew I had a strong arm and Shawn’s a fast guy. So I’m calling the play in the huddle, and I give him a look, because that’s just what we did. We did that constantly that season, and even if he wasn’t the primary receiver, if I thought we had a chance to connect, I’d give him that look in the huddle and he’d go get open. He’s a heck of a player.

DHD: How do the fans affect you and the team and what kind of difference do they make?

AW: The fans make a HUGE difference. If things aren’t going great and we are struggling, and the fans are positive, as a player it means a lot. In truth, when you are at home in front of your fans, it matters a lot. When you hear the student section get up for a big defensive stand when we really need it, it just energizes everybody.

DHD: If you personally had one message to the ASU fans, what would it be?

AW: For me personally, it would be THANK YOU. I don’t feel at home anywhere else other than at a Sun Devil football game and I have some great memories. Going forward, we are in an incredible growth stage and you have a place in Tempe where the university is moving and shaking, now you have a football coach in Todd Graham who is out and amongst the fans and in the community speaking 2-3 times a day building the camaraderie and fellowship among Sun Devil fans. That is unique and I have never seen that to this degree in my experience with Sun Devil football. Embrace it and enjoy it, because there are a lot of really cool things happening.

DHD: If the fans were allowed inside the huddle during a game, what is something they would find interesting or would like to know about?

AW: For me, I always tried to be a calming influence in the huddle because the offense is sort of “controlled rage.” It’s an aggressive game, but on offense you have to play very much in control. When I was in the huddle, there was very little yelling and screaming. I tried to impress on the guys that calming influence.

DHD: Who was your favorite quarterback growing up?

AW: Joe Montana. One of his great traits was to be calm, tell jokes in the huddle and get guys to relax and go play.

AW: Initially it was inspired by Montana, but when I was a freshman in high school in 1996 I really started to pay more attention to what was happening at ASU and Jake was wearing #16. So it was a cool thing for me that both of my favorite quarterbacks were wearing that number. So initially Joe, but eventually there was a lot of Jake inspired reason to wear it. 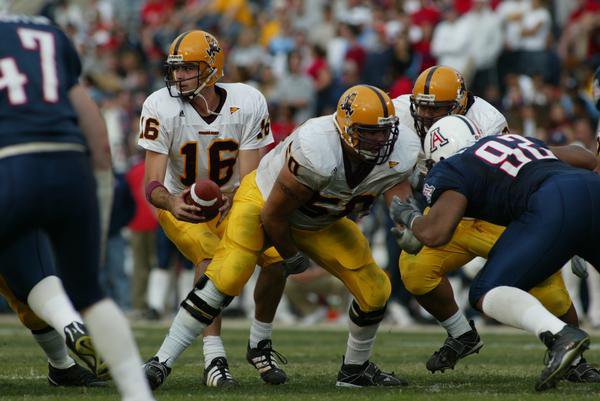 DHD: Tell me the first word that comes to your mind after you hear the following names…

DHD: Did you have a favorite Sun Devil football tradition?

AW: The tradition that I loved was a song we would sing at the very end of Camp Tontozona. If you’re up at camp for 14 days, when the very last meeting on the last day ends, then everybody in the cafeteria is thrilled because you are going back down the hill to civilization. You’re out of training camp, so we would sing a song and count down the 14 days in Tontozona, 13, 12, 11 and so forth, and then at the very end when you say “no more days,” and sing that verse, everybody is going nuts standing on tables, cheering, yelling and throwing stuff in the air. All the players loved that experience.

DHD: Looking back seven years later, do you cherish your records, honors and awards at ASU more now?

AW: When I think back, I see the records and I know they’re there and I appreciate it, but I also feel unsatisfied that we didn’t get to a Rose Bowl and that was my only goal. So the records are what they are, and maybe that adds to the nostalgic and bittersweet feeling of going to a game now because I can’t impact the aspect of going to a Rose Bowl. Since we didn’t accomplish that goal, it is less about records and more about wanting to elevate the program back to that status. 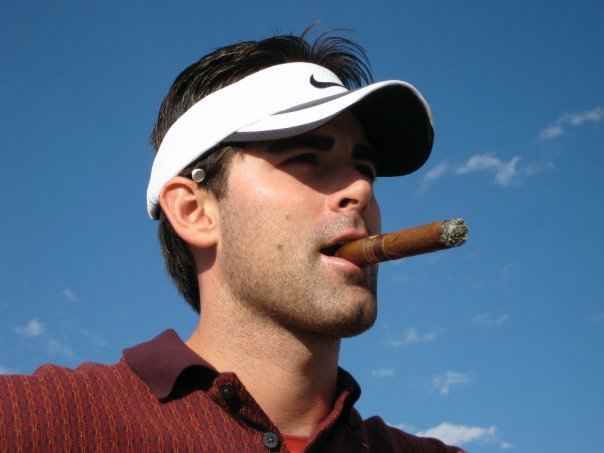 DHD: Andrew Walter, why are you a DieHardDevil?

AW: It’s in my BLOOD. My blood, sweat, tears, ligaments and bones are all down there on that field along with hundreds of other Sun Devil players. We know what it’s like to be in 110 degrees working out in full pads during the summer and building camaraderie. Fighting tooth and nail with the guy next to you who could be from some other part of the country and it doesn’t matter, because at that point, you’re all Sun Devils wearing the maroon and gold. So for me, it’s the LEGACY, the TRADITION, and the fact that it feels like HOME.